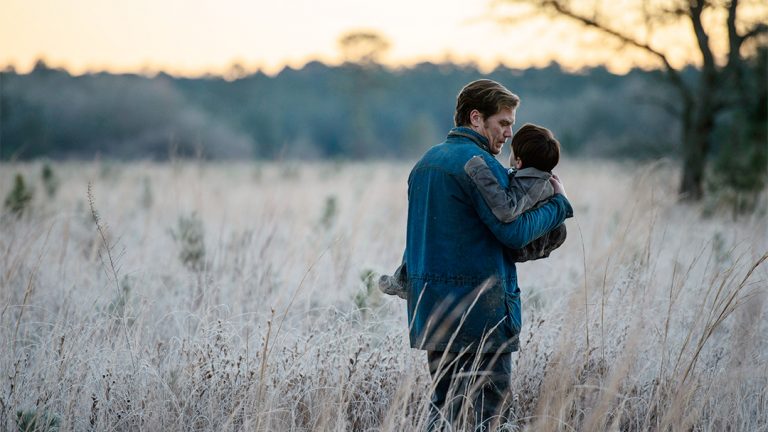 I knew very little about Midnight Special before I took my seat in the cinema. Being a fan of Jeff Nichols’ previous works (Take Shelter

being my favourites), I could tell I’d be in for something small scale and character driven that bides its time with a slower pace. I’d seen a trailer a few months back, but by the time the production studio logos started to roll, the images in my memory were vaguer than I thought. And honestly, going into this film blind is probably the best way to experience it.

Midnight Special is a mystery sci-fi thriller that centres on Alton, a young boy with unclear special powers, and his broken family attempting to escape the government and members of their own cult in search of answers. It’s a fairly straightforward set up which ends up working very well in the film’s favour. In a genre that is often over saturated with exposition and needlessly complicated plots for the sake of world building, it’s refreshing to see a more stripped back approach.

It begins in what other film’s might have as their second act. There is no gradual build-up of revelations and nothing is shown of the characters before the particular events the story focuses on; there is no first act (in the traditional sense). And while that might sound like it’ll be missing crucial story elements, it doesn’t. In fact, it works perfectly for the mystery genre.

Instead of having the premise already laid out in front of you before the adventure begins, the writing allows the gaps to be filled in the backstory throughout its runtime. This is a ‘show me’ rather than ‘tell me’ experience. The filmmakers give us just enough hints through character interaction and subtle dialogue drops that help us determine the lives of these characters instead of just out rightly displaying the facts. Not only is this a far more interesting way of storytelling, but it feels raw and real. Reality and sci-fi often don’t mix well, but in this case it works.

Essentially, what we are given is a character study that focuses on a snapshot in their lives and it’s important to pay close attention to their mannerisms. Thankfully, the acting is solid. This film is more about a father/son relationship than it is about Alton’s abilities. Michael Shannon plays Roy and is back doing his crazy, slightly mumbly man shtick that he seems to be leaning toward, and it still works effectively here. You buy the fear, the love, and the utter dedication in his beliefs. In my opinion, Shannon is a criminally underused actor and deserves to be more recognised for his talents. He does a good job.

Jaeden Lieberher, who you might have seen in St. Vincent

a couple years back, proves that there are truly capable child actors out there. With children, it can sometimes feel as if they are being fed lines and that they might not necessarily understand the weight of a scene or the idea of the film, however, Lieberher seems as if he has firm grasp on his role. There is a sense of maturity in his work and he too does a convincing job. It’ll be interesting to see what delivers as he grows older. Speaking of which, Kirsten Dunst is becoming more and more compelling with age. It’s good that she’s no longer being typecast as ‘that one girl’ and is branching out into different territories. She sells the tiredness of her character well and emits a true motherly charm.

The presentation is impressive in its own right. The visuals are well constructed and never feel overbearing, rather they act alongside the story than trying to fight for the attention. The motif of light plays heavily throughout Midnight Special; whether it’s the dim lights of an edgy hotel setting, the CGI used to showcase Alton’s powers, or simply the gorgeous scenery that is occasionally captured over the course of the film, it all comes together in creating a vague and uneasy atmosphere. We never know whether to feel safe or not which helps keeps the audience on their toes until the end.

One of the two main issues that stick out is that the pacing is a little inconsistent. Even though each scene acts as a chance to build on character, there is a very ‘start, stop, start, stop’ repetitive nature to the film that hinders the flow. Understandably, the characters need to stop and hide because they’re on the run, but these scenes happen frequently and they can feel disruptive.

The other issue is that certain elements of the story feel undeveloped. There are three main strands: the family, the government, and the cult. The cult side of the story starts out prominently and hints at something promising, and admittedly adds to one exciting and genuinely surprisingly sequence, but it ultimately fizzles into nothing. The weird thing is, it isn’t until the film is over that you realise you didn’t notice. This almost makes it feel like it was another layer to be added just because. The filmmakers needed to either give more focus on that area or scrap it completely. It doesn’t detract from the rest of the film by any means, but it just feels like it sits there.

Don’t expect to get all the answers because you will be disappointed. This is a story that is about the journey rather than the destination (of which the significance of is totally left up to you). Midnight Special proves that you don’t need a sci-fi that’s drenched in exposition, or that relies heavily on CGI in order to make a cool and engaging story. If you’re looking for something a little different this April that strays away from the typical high budget movie experience, give this one a shot.