Saint is a sinner too. 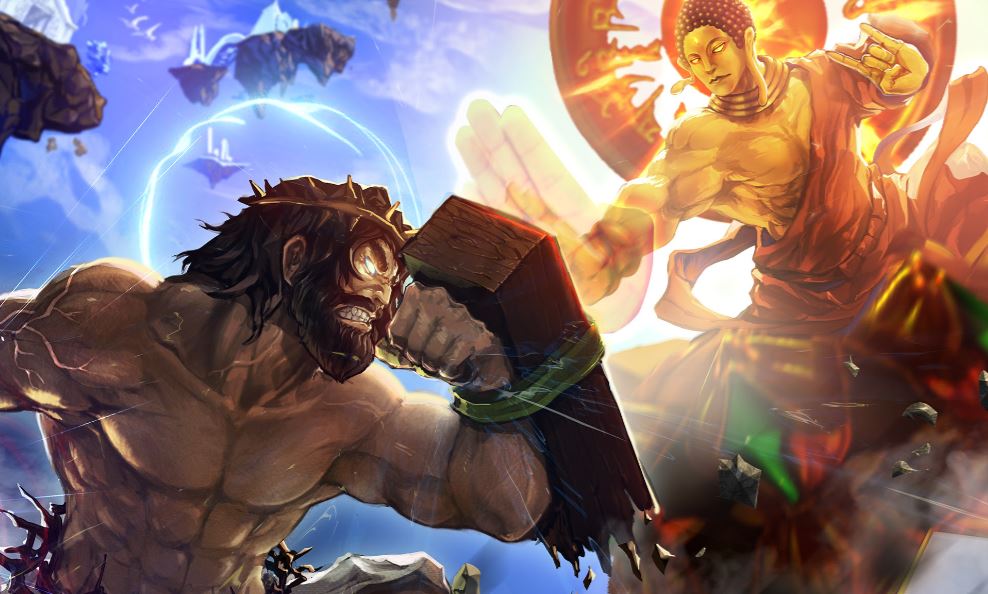 You have to give at least some credit to Fight of Gods for having the guts to actually go “there”. SMITE, the premier game about Gods smacking seven shades out of each other, has spent its entire life refusing to do what Fight of Gods did with no fear: they put Jesus in the game, and he can fight Anubis and Santa Claus. It’s an amusing spectacle to behold, but that’s probably the biggest positive the game has to offer.

Fight of Gods is a 2D fighting game that pits numerous Gods and mythological figures against one another to determine who is the strongest. The roster is filled out with plenty of familiar faces, like Odin, Jesus, Santa Claus and Athena, though there’s some obscure picks too, like Lady Sif and Freya instead of Thor.

The gameplay itself boils down to five buttons, with Y, X and A controlling light, medium and heavy attacks respectively, while the B button is used for throws. The fifth button is for Divine Powers, which aren’t too dissimilar to Street Fighter V’s Triggers in how they affect gameplay. The different abilities range from simple damage and movement speed buffs to teleportation tech, new summons and the ability to recover health. It wouldn’t be Jesus if he couldn’t resurrect, after all. 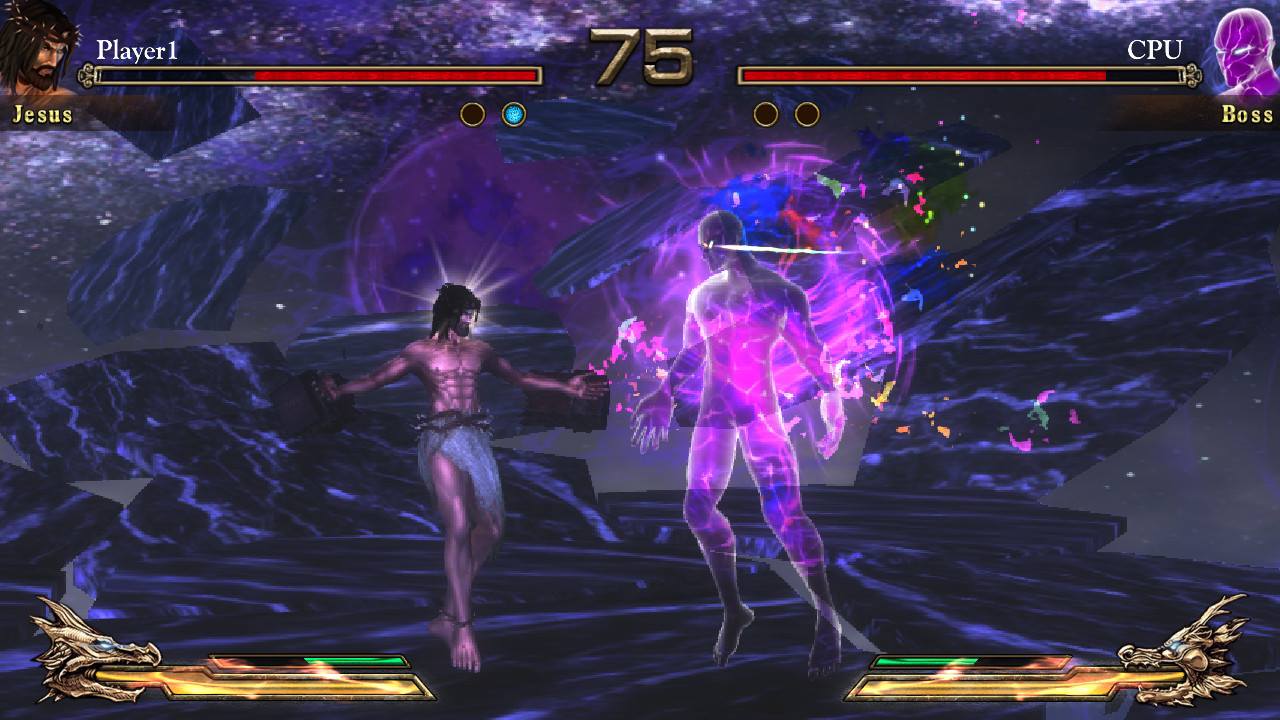 Special moves are performed in the same manner as Mortal Kombat or Injustice, with two to three directional inputs followed by an attack button, with the attack strength changing the properties of the move. Adopting a tap method instead of quarter circles is perfect for the Switch’s Joy-Con layout, particularly with its d-pad. That said, diagonal jumping will still take some getting used to, unless you’re a weird person who uses the control stick to play fighting games.

Each character has at least three different special moves, usually of the “down, forward”, “down, back” and “forward, down, forward” input variety, and most characters tend to have a bread and butter combo of light, medium, heavy then a special move. It makes learning different characters a bit easier, as you don’t have to study a new list of commands every time.

Fight of Gods isn’t what you’d call a fast paced fighting game, nor is it a very smooth one. That said, part of the game’s charm could be attributed to how janky the game feels, and it actually has benefits to the gameplay as a whole. The floaty physics that occur when you knock your opponent into the air allow for some great freedom for juggle combos, even if most of the time it feels like you weren’t supposed to be able to land certain attacks. 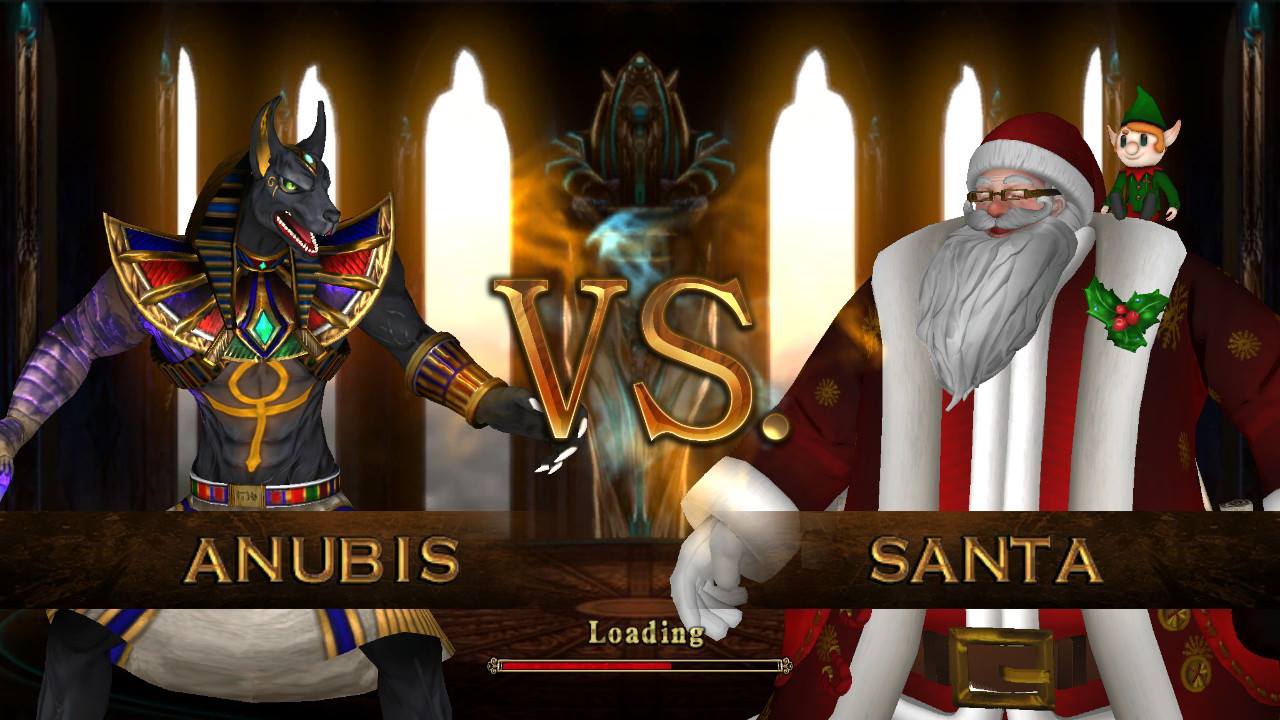 Unfortunately, those looking for a cleaner fighting game experience might want to opt for other games available on the Switch. Pocket Rumble perhaps, or the Street Fighter 30th Anniversary Collection. The game boasts an awful presentation and UI and the game often takes forever to load, even if you’re just trying to load up the biography section. Also, the graphics leave a lot to be desired. At least the artwork looks nice on the loading screens.

Perhaps the biggest cardinal sin the game commits is its lack of overall features. Aside from an Arcade Mode and local versus, there’s nothing to keep you coming back for more. I’m not suggesting that Fight of Gods should have an involved, Netherrealm Studios-esque story mode (though side note: the flimsy excuse of a story in the arcade mode is laughable, and the final boss is literally called “Boss”), but the lack of an online component is truly blasphemous.

The main selling point of Fight of Gods is the novelty of its premise: the fact that you can control Buddha as he slaps Amaterasu about for a bit. Gods fighting other gods is absurd; Fight of Gods is an absurdist game, and the jankiness of its mechanics compounds that, so being able to share that absurdity online would increase the game’s lifespan immeasurably.

When all you have to rely on is local play, where mileage may vary depending on how popular you are/how much your mates like fighting games, that novelty dwindles considerably. There’s only so many times you can watch Jesus break himself off his crucifix like some kind of Crossfit Messiah before it gets old. Not only that, but what incentive are you offered to actually learn how to play the characters if you don’t have the opportunity to showcase your skills against the world?

The PC release of Fight of Gods is still technically in Early Access, with an online mode planned in the future, so it’s possible that updates for the Switch version will also include that feature, but right now Fight of Gods feels incomplete. With a fleshed out Arcade ladder, including individual endings, an online mode with decent netcode and one or two more characters, Fight of Gods would at least have something more going for it. Right now, it’s a tough sell.

Verdict
Fight of Gods was never going to be a contender with the likes of Street Fighter or Mortal Kombat, and it shows in the ropey albeit enjoyable gameplay. However, releasing the game without key modes and features makes Fight of Gods hard to recommend.
4.5