Home
Wrestling
‘The Fiend’ Vs Seth Rollins: The Worst Hell In A Cell Match Of All Time
Wrestling
·4 min read

‘The Fiend’ Vs Seth Rollins: The Worst Hell In A Cell Match Of All Time 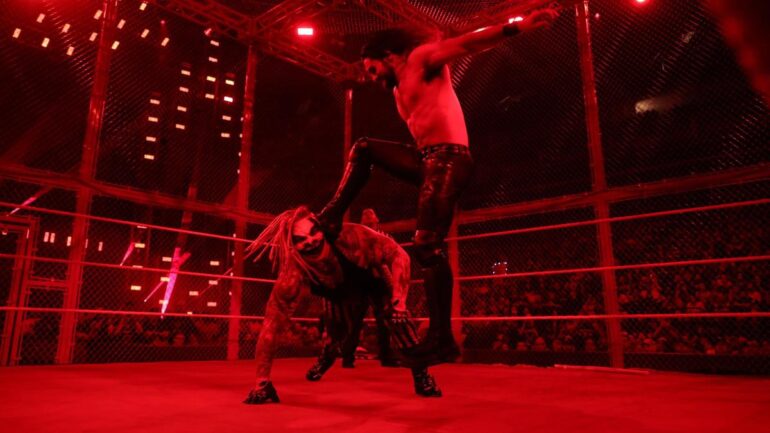 By October of 2019, ‘The Fiend’ Bray Wyatt was white hot. The character had made an electric in-ring debut at SummerSlam that year by beating Finn Balor in convincing fashion, and now had his eyes set on the WWE Universal Championship.

Its holder, Seth Rollins, had fallen out of love with a lot of the fans, despite also putting on a solid performance at ‘The Biggest Party of the Summer’. His then-frequent broadcasts on Twitter of his feelings towards the “fickle” fans and shoot disrespect towards any non-WWE wrestlers had made him rather unlikeable in the eyes of the more hardcore fans, while most casual fans were intrigued and excited by the new and interesting ‘Fiend’ gimmick.

Then, suddenly, the two were booked in a Hell in a Cell match for Rollins’ title. It was a terrible time to have ‘The Fiend’ be beaten as he was still brand new and carried a supernatural, unbeatable aura. Unfortunately, it also wouldn’t have been great to have Rollins lose, as his reign had started relatively recently, and this was the first match in their feud.

WWE had two options at this point. They could have both men beat each other to a no-contest where no-one loses, so no-one looks weak, but they risk the fans rejecting the ‘non-finish’. Or, they could have ‘The Fiend’ win, send the fans home happy, but risk the fans no-longer being invested in the feud since it had seemingly wrapped up. Both options weren’t great – but WWE weren’t phased by either of the apparent downsides. WWE had other plans. WWE had a great finish in mind.

Somehow, they managed to take the worst aspects of all outcomes and roll them into one incredible ending. But first, the match itself.

The two men took the fight to each other for the majority of the contest, but then for the last third of the bout ‘The Fiend’ just took a beating from Rollins, getting in no offence of his own. It’s exciting when he hops back up from one finisher and kicks out of another, but to see this apparent monster laying on their back and taking punishment for five minutes straight? The mystique wears off. 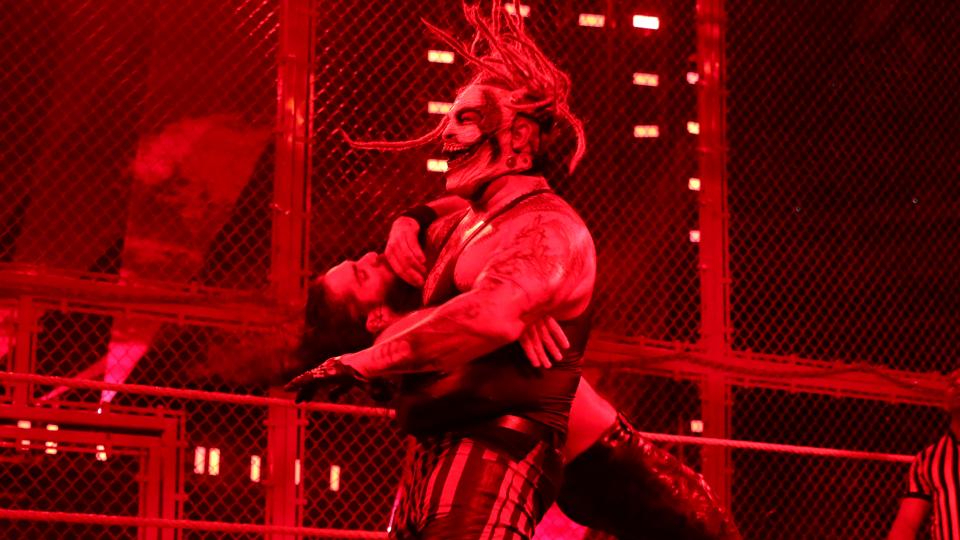 The fans turned on the match as soon as it became clear that ‘The Fiend’ would not be winning – which was after the third or fourth stomp – and that instead it seemed he was getting the standard conquered monster treatment; the babyface hits finisher after finisher while the commentators can’t believe the big guy is “still stirring” after each one, before they’re finally able to hit the coup de grace and keep them down for three. However, WWE did not then go in this direction – they had their great idea of a finish to show off.

Rollins kept attacking the defenceless ‘Fiend’ up until the match’s climax, and then prepared to hit him with a sledgehammer.

Now, let’s pause: It’s worth noting a few things at this point. First, Hell in a Cell matches are contested under no-disqualification rules, meaning you can attack your opponent in any way you so choose – weapons are not only legal but use of them is encouraged. Second, ‘The Fiend’ had earlier in the very same match used a much bigger hammer to attack Rollins – which is, of course, legal under No-DQ rules. Got that? Good.

So, Rollins hits ‘The Fiend’ in the head with the sledgehammer, and what happens? The referee disqualifies Seth. Some people misremember the end as being a referee stoppage. It was not a ‘referee stoppage’ – other than in the literal sense that the referee put a stop to the match – it was a disqualification. Seth Rollins was disqualified, in a Hell in a Cell match, for hitting a man with a foreign object, when many foreign objects – including a much bigger hammer – had already been used in the match.

Just to be clear, a ‘referee stoppage’ as it stands in the wacky world of professional wrestling is the act of the referee deciding to stop the match for the safety of one of the competitors because they are not fit to continue but cannot or will not quit themselves. It happened when Kevin Owens powerbombed Sami Zayn into oblivion in their NXT Title bout, it happened when Brock Lesnar cracked open Randy Orton’s head like a coconut at SummerSlam 2016. This is not what happened at Hell in a Cell 2019.

What happened on this night was the referee approached Rollins, warned him not to hit ‘The Fiend’ with a sledgehammer, gave him a verbal warning of “I will disqualify you”, gave him a weird pep talk of “this is not who you are Seth, don’t let him make you into this”, and then immediately called for the bell when Rollins hit ‘The Fiend’. He didn’t check to see if ‘The Fiend’ was still moving or conscious or breathing, he just immediately ended the match because of Rollins’ actions. A disqualification. In a no-disqualification match. Awful, surreal, laughable, stone dead booking.

Safe to say, the fans firmly rejected the finish. They chanted “restart the match” and “AEW”. After the match, ‘The Fiend’ hopped right back up and attacked Seth, but at this point who could possibly care? His mystique had been crushed; not just because he had been handed his first loss (which was technically a win) but because we had just watched him being beaten and not fighting back for what felt like half an hour.

It doesn’t matter if he didn’t ‘really’ lose or that he ‘got his heat back’ after the match, he still got beaten and certainly didn’t win the championship. Seth, meanwhile, at worst looked like, well, a murderer, and at best looked like a guy who couldn’t win a match and so was driven to using un-champion-like tactics that the official was utterly appalled by.

So, in summary, ‘The Fiend’ was ruined, Rollins was ruined, The Universal Championship was damaged further, and fans left the building wanting to watch AEW. Solid main event.

READ NEXT: 10 Spookiest WWE Wrestlers Of All Time