Far Cry 6: How To Unlock The Secret Early Ending 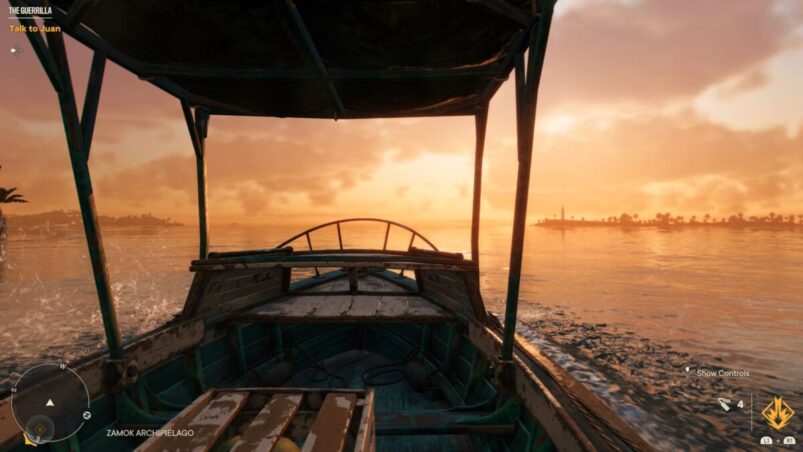 Far Cry 6 continues the series tradition of a secret ending that you can unlock very early into the game that also takes the form of the Hidden in Plain Sight trophy/achievement.

To unlock the hidden ending in Far Cry 6, you must complete the Libertad Rises mission on Isla Santuario and get to the main map for the first time. It should take you a couple of hours or so until you get to this point in the game.

There, instead of talking to Juan, hop into the rickety boat called the Floating Turd (yes, really) on the dock and keep driving out of the bay and off the map until the ending cutscene triggers and the Hidden In Plain Sight trophy/achievement pops.

The secret ending will show Dani relaxing on the beach in Miami, while the radio tells them that the revolution is over, Clara is dead, and that Anton’s reign will continue. Gloria Estefan and Miami Sound Machine’s ‘Conga’ sounds out while the credits roll.

You are then returned to the main menu, after which you can just select continue to pick up exactly where you were before you jumped in the boat.

It’s a lot more effort to unlock this secret early ending than in earlier Far Cry games, and it may have actually been the easiest one to miss. It’s definitely the most chill out of all of them, even if the offer of crab rangoon is probably still the best secret ending in the series.