Far Cry 6: Where To Find All Amigos 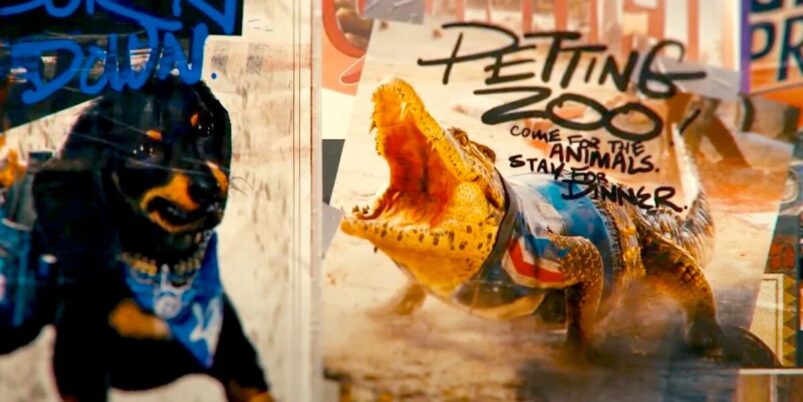 Far Cry 6 is all about leading a revolution against a fascist dictator. Of course, no violent uprising would be complete without, uh, crocodiles wearing vests and tiny dogs in wheelchairs, right?

You have five options for animal pals called amigos in Far Cry 6, each bringing their own special abilities to fights. One may brutalize your enemies, while another may help you out by distracting guards with their adorable puppy face.

None of the amigos are missable and can all be obtained in free-roam before or after you complete the main story.

If you’re hoping to nab all of Far Cry 6 amigos, we’ve got it all the locations explained right here.

Though he wears a cute vest and acts like a dog, Guapo is a fierce crocodile that charges your foes and wrestles them to the ground for a bloody kill.

This amigo is obtained automatically as part of the story. You’ll gain access to him during the third main mission of the game titled “Juan of a Kind.”

Chorizo is an adorable pup who requires a wheelchair to get around. He’s exceptionally useful in stealth situations, as he can distract guards with his cute looks.

This amigo is obtained by completing the Yaran Story “Who’s A Good Boy” and its follow-up “Fetch Quest.” The questline begins at the Montero Farm in the Madrugada region shortly after you unlock the camp.

Chicharron is a deadly chicken with a thirst for blood. If you value a guns blazing approach, this rooster will be a solid choice to bring along.

This amigo is obtained by completing the Yaran Story “Man’s Best Enemy” and its two follow-ups “Pecking Orders” and “Wingman”. You can start this questline by speaking with an NPC in the southern portion of the El Este region.

Boom Boom is an obvious callback to Far Cry 5’s beloved doggo, Boomer. He makes a great ally in fights and is well worth seeking out.

This amigo is obtained by completing the Yaran Story “Boom or Bust”. This questline can be started by interacting with a note on a wall near Villa Judia Hotel in the Valle De Oro region. It blends in a bit, so look closely.

Oluso is a hulking black panther that you should definitely pet. Like Chorizo, his kit makes him great to bring along on stealth missions.

Finding all of the amigos earns you some great new friends, but it also should unlock the Loyal Army trophy or achievement in Far Cry 6.