Elves is not one I can recommend for any reason, even to laugh at, as there are so many better options out there, even with the same title. 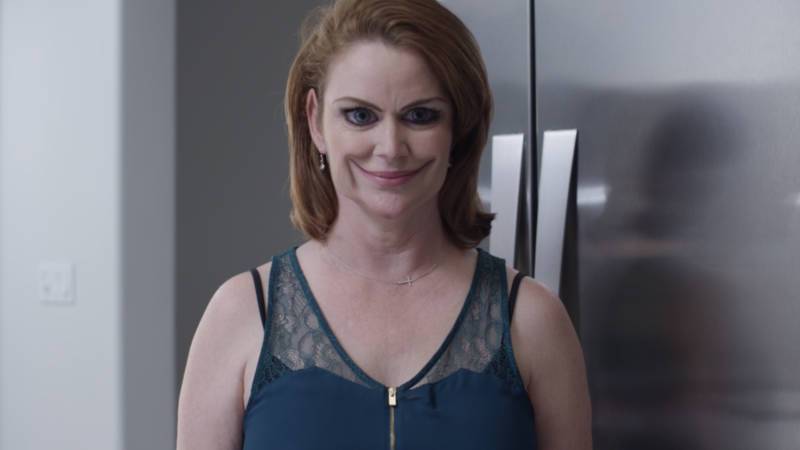 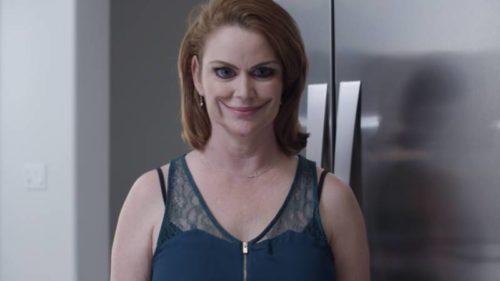 Oh look, a horror movie, just in time for Christmas. It truly is the best way to spend the holidays, and even though the trailer doesn’t give me much hope, I have a secret love for the small Holiday Horror genre. We need more entries other than just Black Christmas, Krampus, and ThanksKilling though, so I’m hoping Elves can meet my expectations.

So many movies like this one require me to talk about the lack of production quality or how it being lower budget stands out, but Elves breaks that mold considering the last round of films I have watched. The production quality is higher here with some decent camera work, crisp images, and good audio for the most part. This is until we talk about the CGI, or lack thereof in some parts, and a couple of practical effects that look a tad silly. Part of the gimmick is that possessed individuals have this certain appearance to their face and it just looks bad on some actors and absolutely ridiculous on others. After the intro (best part of the movie), there is nothing possibly scary, but there is the potential to laugh.

“I’m going to shove a stocking so far up your ass that you’re going to be whistling Jingle Bells through your teeth.”

The creators do get some points for a couple of these death scenes. There are cool moments in some but they are troubled by the CGI or the fact that the next kill is just laughable. Like death by a strange cookie treat. The more I think about the movie though, it really is just one or two good kills and the rest are a spectacle for all of the wrong reasons, unless the filmmakers knew how silly they were being. Sometimes you really do just need to kill someone via plastic Christmas tree, no matter how ineffective it looks.

Don’t expect to see too much of the titular characters though, because the film is named Elves, but there is only one present. You won’t see that little creep much though, and when you do it looks bad. My guess is the budget wasn’t there to do anything with him. There is this other entity, a minion I assume, in a Krampus mask. None of this is ever expanded on though.

Honestly, nothing is explained. They had an hour and twenty minutes to tell a story, and things happen, but I don’t really know much more than when the movie began. The ending does nothing to help this and actually creates more questions than answers. It all concludes in a giant letdown, which is a fantastic way to describe this whole experience.

So many viewers criticize an abundance of exposition, but some is needed, and Elves has almost none. Even if they weren’t going to explain anything, some character traits, backstory, or anything at all would have been nice to make it feel meaningful. There are several throwaway lines that feel important, like they needed at least the smallest bit of explanation, and they would have made things interesting. Most of those bits are mumbled by the actors on top of that. I’m not sure what I was expecting though when even most of the scenes/kills don’t make sense and I had to play scenes back just to figure out how some characters got hurt.

“She looked all elfy.”

I mentioned the CGI faces earlier, and this is apparently similar to another horror movie called Truth or Dare. Taking a moment to watch the trailer, I realized that Elves didn’t just do knockoff faces, but stole the plot as well. If that wasn’t enough, one of the kills that I praised earlier, was also lifted from the other film. I could call all of that cheap, lazy, or disappointing, but then Elves literally has a character mention the movies it stole from (and others) in a snarky line, so this all comes across as arrogant and irresponsible.

After that, I didn’t need any more reasons to hate this movie, but I had originally thought it would be somehow tied to the classically bad but fun 1989 movie Elves (that I should have reviewed instead), which is way more interesting to talk about. Instead it appears to have a connection to the 2017 release, The Elf, which also looks pretty bad.

I had trouble finding information on the director (Jamaal Burden), and there seems to be even less information on the writer of the film, as none are credited. This seems like the type of project that multiple people worked on, consisting of a hundred edits and re-writes, making it the mess we see now. That or it was done by one guy over a weekend of heavy drinking and he never thought about it again. Either way, I can believe it, and don’t blame anyone for not wanting to put their name on this. I even had trouble finding a standard synopsis for Elves, and the ones I did locate were a bit off from the actual plot of the movie, making me think those were earlier drafts. The movie has biblical references and it sounds like one version of the script potentially dealt more with the deaths involving the seven deadly sins, which of course sounds like a much better movie.

I try to watch a movie twice before reviewing it if possible, but I only made it through about half of this one again before skipping back to that awful ending. Elves is not one I can recommend for any reason, even to laugh at, as there are so many better options out there, even with the same title. My want for better Holiday Horror films will simply have to wait until someone puts a little more effort in.