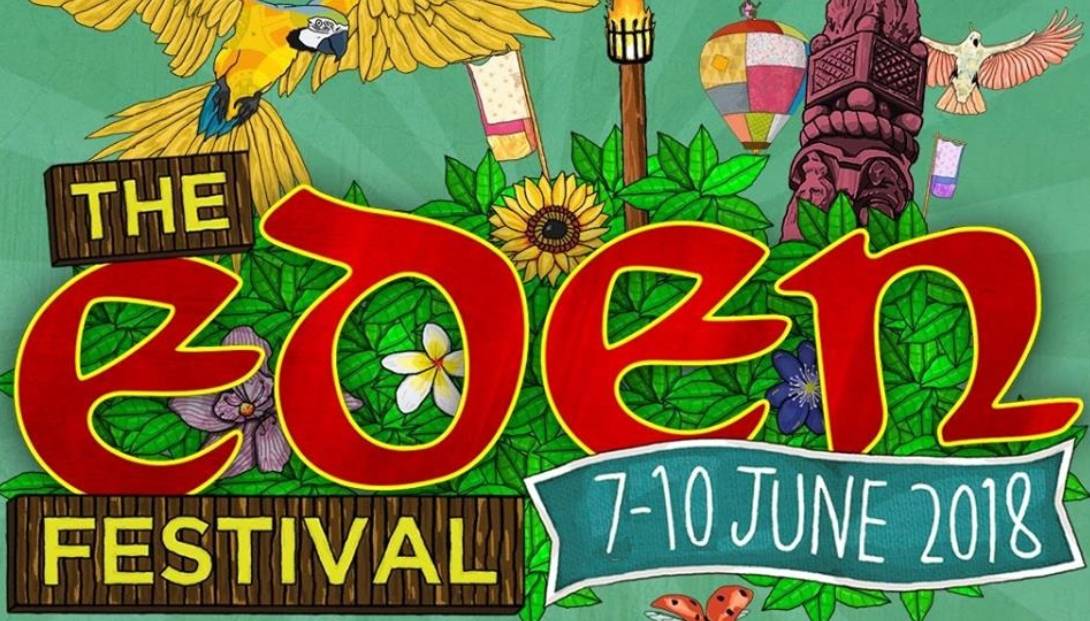 The first time I heard about Eden festival was through whispered words back when I was at high school from my best friend, where he would entertain me with tales of drunken fun he had. So, when a friend of mine asked me to work at his stall selling burgers to the public with the opportunity of exploring the grounds during my free time, I hopped on the opportunity to attend a festival that was celebrating its tenth birthday.

Based outside of Moffat in Dumfries, the first thing I noticed about the people who attended the festival were the different attendees: as expected with any festival, there were the young adults and teenagers geared up for a weekend of drinking and partying, typical of any festival. However, in addition to them, I noticed young families enjoying time together, the elderly dancing along to folk music, and hippies in their tie dye shirts and long thick dreads. It was a mixing pot of variety, which seemed to be a running theme for this festival.

Though the grounds themselves were small in comparison to other festivals, there was a wide range of stages – twelve, to be exact – ranging from the main stage where the big shot names played, to Rabbie’s Tavern hosting small folk bands. The eclectic music genres that could be heard throughout the grounds – Drum and Bass, Reggae, Folk, EDM – meant that there almost guaranteed to be a little something for everyone. The scale and size of it meant that you could explore all weekend and still find new nooks and crannies. It reminded me a little of a downsized version of the Parklife festival in Manchester.

In addition to live music, there was so much more to do at Eden. During Saturday afternoon, everyone would meet by the main stage to have a massive paint fight with each other. On Sunday, there was a massive parade that travelled through the length of the grounds, some of which was the product of the kid’s arts and crafts area. There were a few bars where you could get a reasonably priced drink – well, reasonably priced in comparison with other festivals. Numerous food stalls meant that – if you had the money – you could have a tasty meal at each stall and never get bored, with my personal favourites being The Proper Burger (not being biased) and a Seychelles cuisine stall that did a mean but lovely curry. Clothes stalls sold predominantly tie dye t-shirts and other items of bohemian apparel, though I did find some cool 80’s track suits. There was a marbling shop where festival attendees could get psychedelic patterns on their skin. For the young families, the kids had a play area, as well as the previously mentioned arts and crafts area. And last but most certainly not least, for those hungover, tired festival goers who want a minute of rest, there was a drive-in cinema, with old fashioned cars acting as seats.

There isn’t much accommodation near Eden festival, with only the vast camping grounds to provide a temporary home, which may be a problem for some people. For those people who are concerned with partying, you are allowed to bring in your own alcohol, as well as licensed premises dotted throughout the festival. Small corner shops provided customers with small supplies, like bug spray for those bothersome midges, rain ponchos for the threatening showers, and lotion for when the sun popped out again.

All in all, personally, this small festival was well worth attending, even as a worker. Despite the midges that came out at night, and the occasional heavy showers that threatened to dampen the spirit of the festival, it was overall a wonderful weekend.

Some of my personal highlights were having a little boogie to Zion Train on Saturday night, watching Glaswegian group Colonel Mustard and The Dijon 5 stealing the show on the final day of the festival, having a little dance in the Lost Disco – a wooded area with an 80s LED dancefloor, having a pint to some folk music in Rabbie’s Tavern, reuniting with old friends and watching them play at the tiny Casa Caliente tent. It was fairly priced as well, with the early bird tickets going at £85 for adults, £49 for teens and the most expensive Tier 4 tickets going at £129 for adults and £94 for teens. Additionally, you can sign up as a volunteer to help out with the event. For me, it was a weekend of celebration that I will be eager to attend again, as a customer or otherwise.

Verdict
A psychedelic, family-fun festival that everyone needs to experience at least once in their life. If I were to summarise Eden in one word, it would be this: beautiful.
8
Cultured Vultures is a pop culture website established in 2013 covering all things gaming, movies, and more. We eat your words.
All The News On The Biggest Games