2K have since responded. 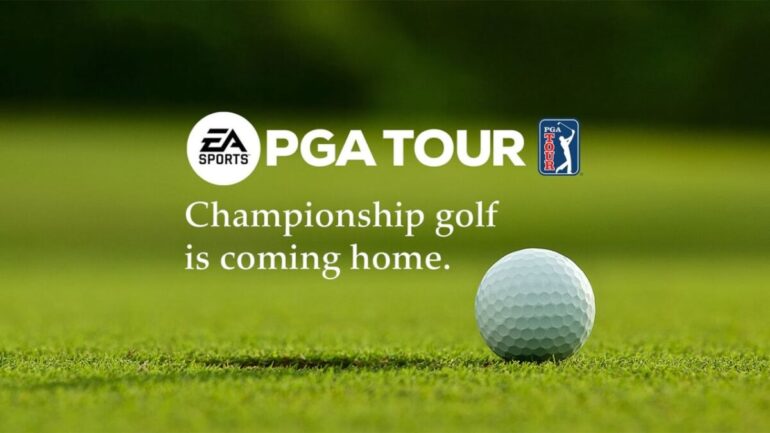 UPDATE: After reaching out to 2K Games regarding the future of their golf franchise, a spokesperson has since responded with the following statement: “We’ve seen tremendous success with PGA Tour 2K21 and look forward to sharing more information on the next PGA Tour 2K game, including Tiger Woods’ exclusive involvement, in the future.”

From that statement, it seems like there will be two PGA Tour franchises going forward, only one has the added benefit of a partnership with a  globally recognised sporting icon. Either way, if you’re a fan of golf games, the genre seems to be hotting up. There’s even Mario Golf coming to the Switch, which I’m more than a little bit excited about.

ORIGINAL POST: The battle on the fairway seems to be hotting up, as Electronic Arts have announced that they’re returning to the world of golf games, partnering with the PGA Tour in the process to develop EA Sports PGA Tour. It’s in development at EA Tiburon, and it’s said to be a “next-gen PGA Tour experience”, using the Frostbite engine to offer “stunning fidelity, breathtaking immersive environments, and approachable, dynamic gameplay”.

EA Are Returning To Golf Games?

Yes, after the lukewarm reaction to Rory McIlroy PGA Tour back in 2015, EA took a long hiatus from golf games. In the meantime, HB Studios gained ground with their series The Golf Club, before partnering with 2K Games to release PGA Tour 2K21.

In a press release about the EA announcement, EA Sports GM Cam Weber states: “EA Sports and the PGA Tour have created some of the most memorable golf video game experiences together, and we couldn’t be more excited to expand our sports portfolio with a new golf title on next-gen hardware. Our team of passionate golf fans is meticulously recreating the world’s top courses such as Pebble Beach, and we can’t wait to give fans the opportunity to compete on some of the most iconic PGA Tour courses and win the FedExCup.”

Len Brown, the EVP of licensing and merchandising, adds: “We’ve partnered with EA Sports to bring immersive golf video game experiences to fans of all ages for years. We are thrilled to continue working with EA Sports on its golf franchise to authentically represent the PGA Tour for the next generation. The newest game will give golf fans another way to experience their favorite sport, or to discover their passion for it.”

So What About PGA Tour 2K?

That’s the interesting question here. Typically, sports organisations will only lend their license out to one game developer, likely to prevent any kind of ambiguity between the two franchises. However, EA do currently share the NFL license with 2K, with EA carrying on the simulation games with Madden, while 2K have free reign to create non-simulation based experiences.

Recently, HB Studios and 2K Games announced that they’re partnering with legendary golfer Tiger Woods to create more golf games with his likeness attached. As fans of golf games will remember, Tiger had a brilliant partnership with EA Sports over the years, so it’s interesting that Tiger has now partnered with 2K, who have become a direct competitor to EA.

We’ve reached out to 2K to see if there’s any word on the future of 2K golf games, and will update once they’ve responded.