The Secret Diary of a Soundcloud Rapper: Ennui in the Internet Age

The mysterious, pseudonymous author explores depression, identity, and creativity in the modern era. 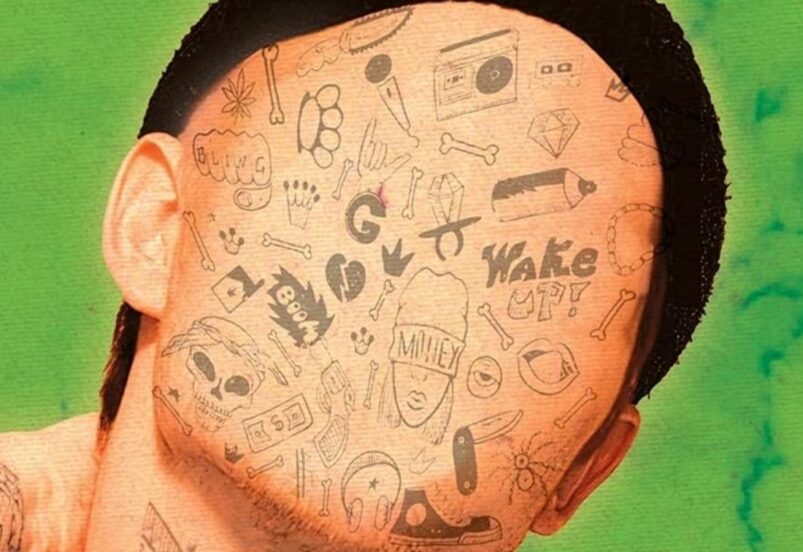 The Secret Diary of a Soundcloud Rapper

Does anyone actually keep a secret diary anymore?

When I was growing up, it was a common trope for characters in media (usually teenagers) to keep a diary they wouldn’t show to anyone. Today, it seems odd that anyone would do something like that. Starting with LiveJournal and early blogs up to contemporary social media like Facebook and Twitter, it seems as if every single thought someone has is blasted out to potentially millions of people. Even if it probably shouldn’t be.

Having one’s thoughts subjected to an all-encompassing panopticon and feeling obligated to participate can have a corrosive effect on one’s identity. A way to avoid this while still being able to express oneself is to hide yourself behind screen names. Authors have been doing this for years by taking pen names. In the case of The Secret Diary of a Soundcloud Rapper, the identity of the person behind it was further obfuscated by several authors coming out and claiming to be Young Stepdad. Whether any of them actually are or if the author really is a rapper dipping his toes into writing is unknown. I’ll refrain from giving my theory here.

On opening it, the first page of the book proper is Young Stepdad declaring this:

“New Year’s Resolution: Shoving a turd back up my own butt, then shitting it out again. Or, you know, like maybe getting a black belt in karate.”

I already wasn’t entirely sure what I was in for, and this just threw me for a loop further. It made me laugh pretty hard, though.

Calling this a “novel” is probably the most accurate for a label. In fact, many parts read exactly as such, with Young Stepdad going into several anecdotes about his past, desires, and dreams. Other parts read as a spattering of errant thoughts that are more like a printed version of a Twitter feed, with only a short paragraph or even one sentence taking up the page. This is especially true towards the beginning and the end. It’s as if Young Stepdad was trying to find his footing with writing down what’s on his mind and then running out of gas as life around him is catching up. Even the small size of the book itself brings to mind a notebook one keeps in their back pocket to pull out and scribble ideas in.

There are several fascinating layers to this, besides just being a funny scenario. Modern society has made his desire to consume products and his base desire for sex one and the same. Rather than imagining himself with a partner, he imagines himself owning the sex toys, going into no detail about how he would even use them. One gets the impression he wouldn’t know what to do with them if he got them. He’s unable to even excite himself with the thought of decadently spending thousands on high-end toys, only on what he can actually afford. It brings to mind people whose economic situation makes just owning a home a pleasant fantasy rather than having unrealistic dreams of mansions.

Despite the title of the book, being a Soundcloud rapper isn’t directly referenced much. Young Stepdad makes off-hand mentions of recording, going to studios, and working with musicians, but the most detail he goes into is a passage where he discusses his desires to make music people will genuinely love. However, Soundcloud rappers are often associated with heavy drug use, depression, and confessional lyrics. Young Stepdad discusses these topics numerous times.

Unlike the prescription pills usually associated with Soundcloud rappers, Young Stepdad prefers psychedelics. He talks about how he was fed pills during a stay at a psychiatric ward, and having to wean himself off them in order to “feel fully human again.” After reading about the potential benefits of psychedelic mushrooms, he takes some and finds himself in a much better mental state. While this is not a new idea, even referencing the Huxley book he got it from, the account feels very real. It doesn’t cure him, he still deals with depression which worsens when tragedy strikes his life, but it helps some, unlike the uncaring bureaucracy of the medical system he was put into.

For all the humor in the book, there’s a heavy sense of ennui throughout. Even one part where Young Stepdad talks about the times he shit his pants as a child, it’s obviously a direct metaphor for how he deals with his depression. As a younger child, his father simply washed his shorts and told him not to let it ruin a good time. As an older one, he forces himself to hide it and discreetly clean himself when he gets the chance. It puts the opening page in a new context.

The Secret Diary of a Soundcloud Rapper is an odd novel, both in its subject matter and its style. However, it’s hilarious, heavy with emotion, and, even if it’s entirely fictional, reads as incredibly raw and honest. It may remain a secret who Young Stepdad really is, but after reading this book, I realized that a lot of us are Young Stepdad.