Destiny 2: How To Easily Unlock The Null Composure Fusion Rifle 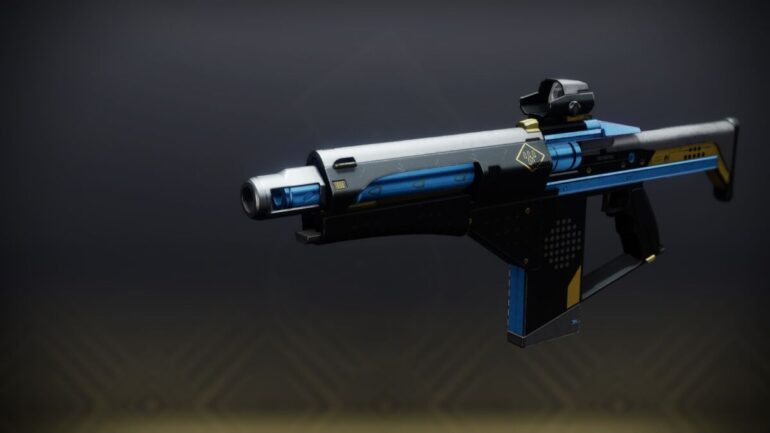 With the launch of Destiny 2’s new Season of the Splicer, Bungie gave us a whole bunch of new guns. They look pretty, but one in particular seems like it’s gonna take some work to get your grubby little mitts on, but fear not Guardian. Unlocking that new Null Composure Fusion Rifle will take a whole lot less effort than it’s making it out to be. Here’s everything you need to know to unlock the Null Composure Fusion Rifle.

What is Null Composure?

Null Composure is the Season of the Splicer Ritual Weapon, a high-end curated roll weapon that is unlocked by earning points from participating in Playlist activities such as Crucible, Gambit, or Strikes. Each Ritual Weapon has slightly different requirements to complete the quest, but they mainly all revolve around completing activities in playlists while using a specific weapon and/or element type to deal damage.

Null Composure itself is a Fusion Rifle, basically a shotgun that can charge up a volley of bullets. Built on a Rapid Fire Frame archetype, it’s meant for shooting lots of bullets very quickly. In terms of perks, it comes with the following: a choice between Feeding Frenzy (each rapid kill progressively increases reload speed for a short time) or Heating Up (final blows with this weapon increase accuracy and stability while improving vertical recoil), and a second column to choose between High-Impact Reserves (rounds at the end of the magazine deal more damage) or Reservoir Burst (when the battery is full, your next burst deals additional damage and causes enemies to explode on death).

Players in PvE type activities like Strikes, Gambit, or just out doing quests will want to opt for Feeding Frenzy and Reservoir Burst. Charging a shot with a full magazine will cause Reservoir Burst to proc, making enemies explode on death and activating Feeding Frenzy for faster reloads, which allows them to consistently reload the battery and activate Reservoir Burst every shot. High-Impact Reserves and Heating Up are meant for more precise damage, so it’s best suited for Crucible or Trials of Osiris activities.

How To Unlock Null Composure

First off, go to the Tower and pick up the new quest from Banshee-44 the gunsmith, called “A Sacred Fusion.” This quest will not retroactively track progress unless one character picks it up and starts participating in the objectives. However, from that point on, the quest’s progress is tracked account-wide on all characters. So you can juggle alternate characters and still gain points, but make sure to pick up the quest from Banshee-44 to earn the weapon at the end.

Disintegrations are simply defined as kills when enemies (or other players in Crucible PvP) are killed by elemental damage, but rarely will this qualification matter in the long run nor is it the best method to complete the quest fast. You can double-up on using Solar damage and a Fusion Rifle by using Fusion Rifles with Solar element damage – namely the Trinary System from Gambit activity completions and random drops from enemies in Gambit, and the One Thousand Voices Heavy Fusion Rifle from the Last Wish raid from Destiny 2: Forsaken.

If you’re a newer player and don’t have One Thousand Voices on-hand, it’s still available as a random drop from the Queenswalk encounter at the end of the Last Wish raid inside the Dreaming City. An alternative would also be Sleeper Simulant, a Heavy Fusion Rifle available from the Exotic Kiosk in the Tower for the cost of 1 Exotic Cipher, 125,000 Glimmer, 200 Bayron Boughs (a resource gathered in the Dreaming City), and 1 Ascendant Shard.

Equip armor mods that have Fusion Rifle Scavenger and Fusion Rifle Ammo Finder on them so that they will do double-duty for both your Energy and Heavy slot weapons allowing you to carry more ammo and get more kills effectively. And make sure to have a Stasis subclass equipped during activities for the best progress. Another thing to make note of is to mod your Ghost with the matching Prosperity mod for Strikes, Crucible, or Gambit as Bungie seems to have increased the drop rate for activity-exclusive loot this season so these mods only help more than hinder.

The best place to rack up the kills required is in Strikes and Nightfalls. Enemies will appear in large numbers, allowing players to quickly rack up multikills and earn points very quickly. There is no right or wrong pick here, but you can expect progress to be faster than in Gambit or Crucible activities. As for activity completions themselves for the other half of the quest, the best progress earnings will come from Gambit. A win will net around 5% and a loss will net around 4% of progress. A Gambit match will typically end quicker than most Strikes or Crucible matches, at only about 5 minutes or so per completion.

For best results, bring a team of friends to stack and easily coordinate for rapid wins or even losses should a match not go as planned. Coordinating movements and easily making matches end timely is key here so you don’t waste time stalling from Gambit invaders.

After completing the quest objectives, report back to Banshee-44 in the Tower for your new toy and have fun making all those Thralls explode with tons of purple sparkles.