Definitely Maybe By Oasis At 25

How does the classic album hold up a quarter century later? 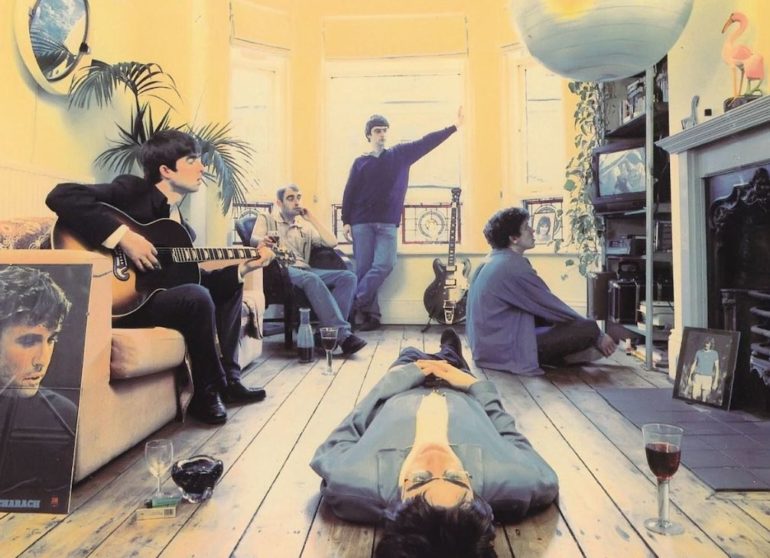 “We see things they’ll never see/You and I are gonna live forever.”

One of the most immortal lyrics to ever enter the British musical zeitgeist, still as hopeful, and beautiful, 25 years after it first graced the ears of music fans, as legendary as it ever was. Definitely Maybe, still one of the greatest debut albums ever, was released 25 years ago today.

Talking about Oasis musically in 2019 seems about as relevant as Pogs or David Ginola. Relics from the past that everybody should have moved past by now. So why is it that Definitely Maybe is as relevant today as it was back in the halcyon days before Trump and Brexit dominated our lives, all those years ago?

Truthfully, it in part stems from our collective need to cling onto the past, allowing nostalgia to cloud our weathered, cynical minds. To some, this album speaks to their youth. Definitely Maybe is unquestionably the ultimate youth album. Dreaming of becoming a rock n’ roll star. Living Forever. Cigarettes and Alcohol. Themes and joys that only the gift of youth can truly bring. Definitely Maybe offers these and then some. All in four or five chord structures, with table-tapping drumming and vocals that hadn’t yet been shot by the ravages of time (and possibly one or two of the aforementioned cigarettes).

But is it just nostalgia? What about those of us who the album has touched and ultimately changed, just not back in 1994? Being only five or six when Definitely Maybe came out first time round, my generation never got to experience the full visceral delight that this album offered, and being taken on one of the greatest rock n’ roll rides not seen since The Beatles and Stones captivated the counter-culture thirty years previous.

Hope. Hope is what keeps Definitely Maybe still speaking to generation after generation. Its themes, as previously mentioned, especially the central theme of hope that runs throughout Definitely Maybe, like the aortic arch to the heart, are what gives the album its staying power.

Rock n’ Roll Star is still one of the most joyously hopeful songs to ever be committed to tape (and a heavyweight opener to boot). “Tonight, I’m a rock n’ roll star”. If ever there was a more positive or hopeful example of an album’s entire ethos, surmised as quickly or as succinctly as this, I’ve yet to hear it. Rock n’ Roll Star has brought me back from the brink on many occasions. It’s got me through break-ups. It’s got me through tough nights out. It’s got me through those dark days when depression decides to sidle up to you, lumbering itself onto you like a weight that you never asked for, yet never quite knew how to shake. Is it stupid, and possibly a little naïve, to put your faith in a song or album to rescue you from what seems, on some days, like a rolling nightmare? Perhaps, but it works. A lot of pressure to heap onto a song about giddy abandon, but it can take it.

It seems like I’m giving too much credit to a song and an album that for the most part was simply five lads off the council estate singing about everyday life. However, I feel like people don’t give Definitely Maybe enough credit for its deeper themes, seeing only the lager-soaked lad going full parka monkey, doing a naff Liam impression while they butcher the high notes on Live Forever while walking from the pub. Yes, it does elicit those images, and Liam himself doesn’t exactly do too much to dissuade people from thinking that about Oasis and Definitely Maybe as a whole, even as he’s about to hit his half-century. Yet scratch the surface and it’s all there to see. While Live Forever seemingly lives forever on the likes of Radio X, it’s sometimes easy to forget how truly powerful a song track three of Definitely Maybe really is.

Written in response to hearing Nirvana’s I Hate Myself and Want to Die (somewhat missing the point of Kurt Cobain’s dark sense of humour, it must be said), Noel Gallagher penned the ultimate ode to friendship. The in-jokes that we all have with our mates. The short-hand we have with our nearest and dearest. The collective experiences we have exclusively with certain people. We see things they’ll never see. Simple. Beautiful. Poetic.

The final reason Definitely Maybe still stands up a quarter-century after its initial release is because, quite simply, it bangs, even without taking into account the aforementioned big hitters. Bring It On Down, all pounding drums and megaphone choruses, is like being caught in a whirlwind. Columbia is still going on somewhere, with its endless refrains of “come on, come on.” Up In the Sky; I bet you’ve forgotten about Up In the Sky. Most people do. Go back and listen to it right now. Tell me that doesn’t hit something. That opening riff, twirling around like a kid on a roundabout in the playground is the summer holidays distilled into 4 minutes and 29 seconds (even if it’s actually about the ruling classes, apparently). Slide Away. That’s all I need to say about that.

(OK, so Digsy’s Dinner is ridiculous, but what twenty-something isn’t? It lends to the album’s overall charm, don’t overthink it.)

We all might have grown up. We’re all a little more cynical. We’re all far too bitter as a nation and as a people. Noel Gallagher, in all honestly, has become in middle-age what seemingly he always railed against, hell-bent on becoming a Manc-Tory, a somewhat reverse-unicorn if you will. Liam seemingly can’t grow up, musically or emotionally (although the early rumours about his new solo album do offer evidence to the contrary). However, nothing can take Definitely Maybe away from me, you, and everyone in between. Oasis are overplayed, ubiquitous and loved for all the wrong reasons, I can never deny that. However, on its 25th birthday, let’s celebrate Definitely Maybe for all the right reasons. For bringing hope. For eliciting joy. For genuinely giving those moments that never get taken away. Because when it comes on top, you’ve gotta make it happen.