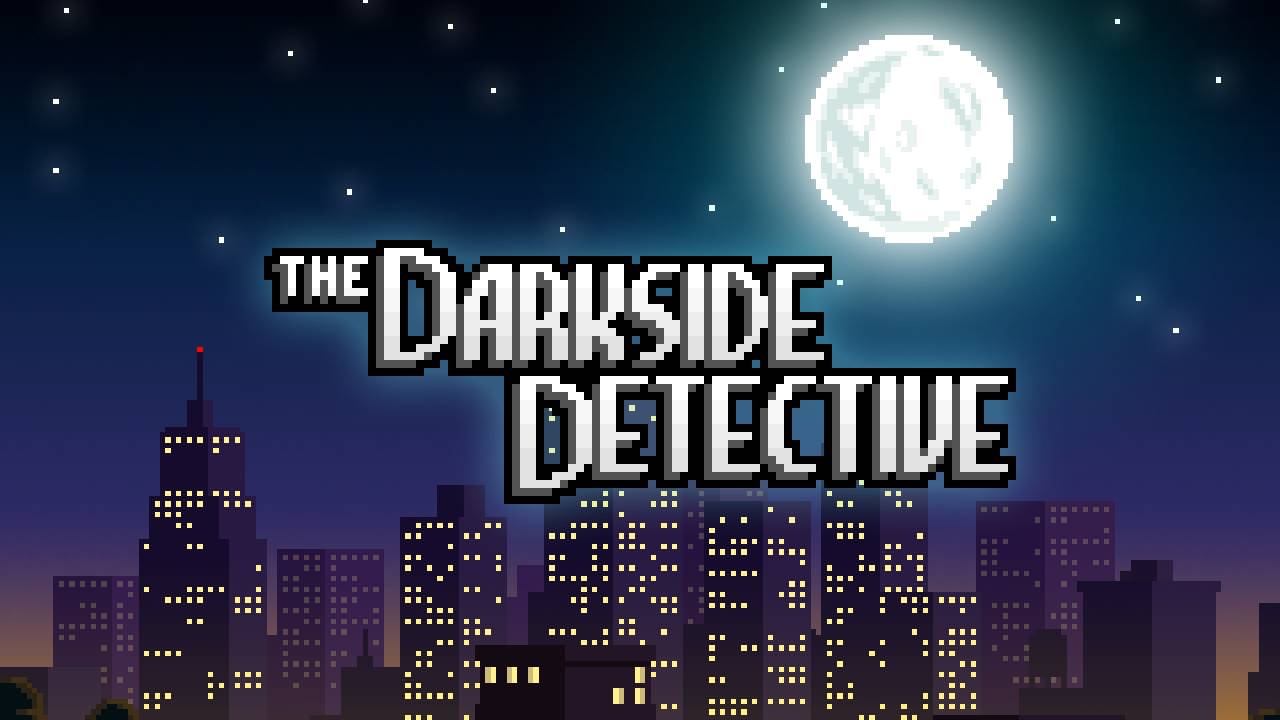 I‘ve always been a big fan of the point and click genre. I must admit that as I’ve gotten older I’ve become less patient, and have had less time to spend playing them, meaning I don’t play many today. Games like Monkey Island and Broken Sword would all too often have you ‘hunting the pixel’, trying to find a key clue that you may have missed. I also love detective games, solving crimes makes me feel like a badass, but there seems to be less and less of them these days. I was mortally disappointed that Virginia, which had been marketed as a detective game but had very little detection, and at the moment I’m trying to get start playing Murdered: Soul Suspect.

So when someone suggested I played a retro inspired supernatural detective point and click game you can only imagine my response. I grabbed my mac and headed out to detect some evil with The Darkside Detective.

As the main character, you take the role of Detective McQueen of the Darkside Division. Along with your trusty assistant, Officer Dooley, it’s up to you to ensure that evil stays in the darkside and never makes it into the lightside.

The game is split into six different stories, which have to be unlocked as you complete each one. Initially I was slightly disappointed to discover that the game wasn’t a traditional point and click title, which sees you walking around the game world and, you guess it, click things. However the game plays more akin to a game I’d expect to see on a mobile device. Each screen is largely static, aside from some animations. While I was disappointed at the start, this quickly stopped being an issue. 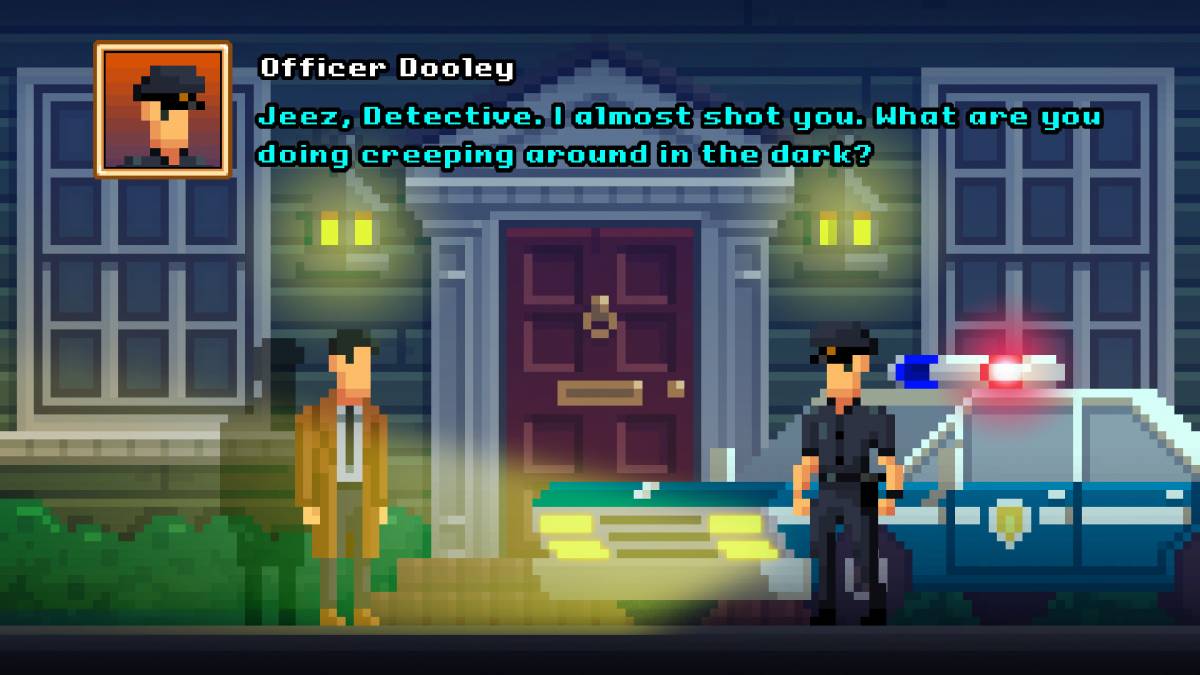 This game is played primarily for laughs, with both McQueen and Dooley spouting witty and silly dialogue, usually with one another, but also with the other inhabitants of the world. The cases are silly, yet well designed. The opening case is short but sweet, investigating the disappearance of a little girl. At first I felt the game was too easy, merely picking up and item and working out what it should be used on.

As the game progresses these cases become more advanced, and while the initial mechanic of finding an item then finding its use never changes, as the cases progress it introduces more items and characters, muddying the waters somewhat. The item hunt is broken up by puzzles, they’re a nice accompaniment to the game but never manage to be particularly taxing.

The pixel art style graphics are nice and do well to capture the feel of the game. While it is not set in any particular time period, I felt the title had a nice late 80s feel to it. The music adds to the feel, from the very title screen we are greeted to a gentle 80s style synthwave theme tune.

One of best things about The Darkside Detective is that it always leaves you wanting more. The cases are never too heavy to get bogged down with, and characters never outstay their welcome with a ton of explanatory dialogue which slows down a game experience which is already designed to be leisurely. But while this is one of the game’s big strengths, it is also one of its biggest weaknesses.

In an attempt to keep the game’s plot and characters fairly casual, it really takes away depth from the game. The game world’s music and graphics draw you in completely, but the characters and plot are paper-thin. Dooley is basically just there to make a few basic quips, and any other characters in the game are there purely just to further your progression through the case, and do not add much depth to the game.

The Darkside Detective is a highly recommended title for adventure game fans and those who are fans of 80s nostalgia pieces. Don’t go in expecting anything too heavy and you’ll have a jolly fun time with McQueen and co. If you are looking for something with a bit more flesh on it’s bones then there are a number of good point and click titles already on the market. The Darkside Detective isn’t a long game at all, so those who are after a fun, casual point and click game, and those who are new to the genre will get the most out of this game.

The Darkside Detective is a rather basic game. It is, however, well made, fun and worthy of a look for adventure game fans.