Why The Dark Knight Is The Best Movie Of The 2000s 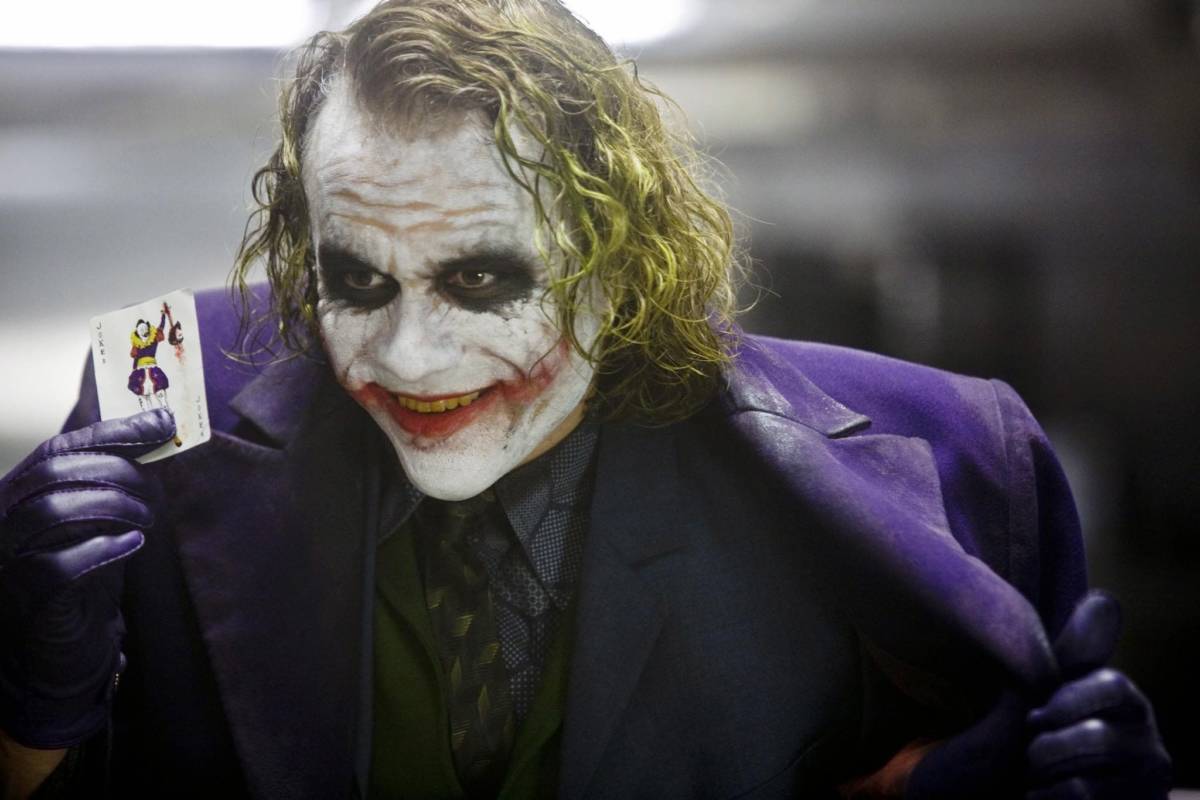 This is the first in a series of pieces I’ll be writing on what I believe to be the best and most iconic movie of each decade, starting with the 2000s and going all the way back to the inception of film. While I hope most of you will agree with my choices, it’s of course impossible to please everybody with every entry, but that’s what’s so great about cinema. It’s art. It’s subjective. It’s personal. Frankly if we all shared the same opinions on everything film-related there wouldn’t be any fun, any discussions to be had or even be any need for an article like this. So if you don’t agree with my choice, I think that that’s great and I’m certainly not saying that my opinion is more valid than anybody else’s.

There are many criteria for what makes a film great, from the script to the performances, cinematography to the score, box office success to memorable moments, direction to place in popular culture. I will be basing my picks of all of the above and more, including how the films personally affect me, how rewatchable they are, how quotable, how memorable, how technically well-helmed and a range of other variables. While some films may be technically superior in some areas, I’m also going to be looking at how iconic these movies are to the general audience as well as just to film lovers. Again, it’s impossible to measure these things and there is no correct answer, and that while I’m using my own judgement and biases, I’m also trying to remain objective.

I should also state that I won’t be making any long lists of honourable mentions, as thousands of films are released each decade and it would be tedious and near-impossible to list every one that deserves a shout out, so I’ll be very restrictive with it and will only be mentioning one or two on each entry that I think really, really deserve the recognition.

Without further ado, I’m going to examine the quality, success and popularity of The Dark Knight and explain why I personally believe it to be the best movie the 2000’s had to offer.

First, let’s look at the box office figures. While I don’t believe box office figures to be an accurate representation of a film’s quality, it certainly is an accurate representation of its success, and a clear indication of the number of people that it reached. The Dark Knight made over a billion dollars at the box office, and with so many people across the globe seeing it, it very quickly made its way into popular culture. ‘Why so serious?’ soon became a universally-recognised catchphrase and the interrogation scene soon became engrained in our collective consciousness as one of the most suspenseful-yet-satisfying scenes between a hero and villain since Heat.

Something else that helped make this movie so instantly iconic was the performance of Heath Ledger. For me, the best performances are the ones where the actor completely disappears into their role, but also the ones where the character is magnetic and every time they’re off-screen you wish they were on. Here, Ledger gave us both to such an extent that I don’t think it’s an overstatement to say that his performance was one of the best ever given. When you first read the title of this article you almost definitely knew that his performance would be mentioned, and for a movie that was successful for so many other reasons too, that really is saying something.

Not only was Ledger’s performance amazing, but the film boasts an all-star cast, from Christian Bale playing the titular Dark Knight, to Gary Oldman, to Morgan Freeman, to Michael Caine, with

Aaron Eckhart also giving a stand-out performance. The cast is not only full of household names that make the film appeal to that many more people, but the ensemble just oozes talent and class.

Now to maybe the biggest reason: its impact on films today. It’s 10 years this year since Christopher Nolan’s supremely-directed masterpiece was released, and not only did it skyrocket the genre to staggering new heights, but it has yet to be surpassed, or even matched. There are 9 superhero movies slated for release this year, there were 7 last year, and the genre has totally and utterly taken over the modern movie landscape. While this appears to be the doing of the MCU (and their success is not to be discredited), the genre was really seriously introduced as a legitimate one by 2005’s Batman Begins, which then spawned this sequel which is considered by most to be superior in every way. I think it’s fair to say that the best movies of all time have a direct affect on the art form, and there is no denying what The Dark Knight has done for the superhero genre. It’s a cliché now to call a superhero movie ‘dark’ or ‘gritty’, but that’s because of the wave of dark and gritty movies that came about because The Dark Knight did it first. 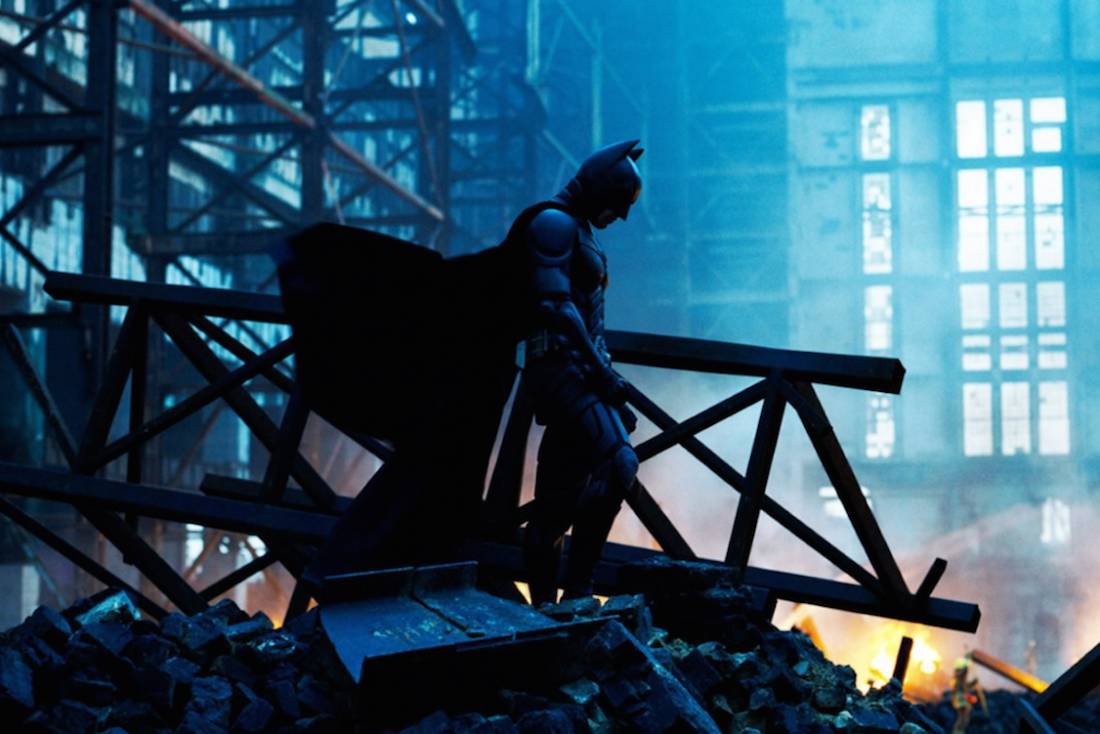 Just as a little side note, if this film hadn’t had been such a success, we probably wouldn’t have gotten Inception. So many of the action set pieces in The Dark Knight are so well-directed, and it’s this big budget action mixed with the more intelligent storytelling that gave Nolan the freedom to make his long-awaited dreamy heist movie.

Another quality I believe the best movies should possess is that of rewatchability. Does it hold up on the second watch? On the fifth? Does the action still excite you? Does the score still move you? Do the performances still engage you? Well as someone who has watched this movie probably about twenty times, I can say that for me, and for many others too, this is a film that absolutely holds up on rewatch, and as a fast-moving, non-stop action film with a run time of 2 and a half hours, there are new things to be picked up every time you watch it.

The social commentary of the Joker’s morals and the truthfulness to his character is something far more real and complex than any we’ve seen from any villain in a superhero film since, despite the abundance of opportunities. This was and still is the greatest superhero movie ever made, and it even transcends the genre that it defined, to the point where it’s also one of the best action movies ever made, and one of the best crime-dramas ever made. It had huge success at the box office and maintains a place in today’s popular culture. I read a lot of ‘best movies of all time’ lists and can honestly say that The Dark Knight appears way more than any other movie from its decade, and I believe it will continue to be remembered for decades to come.

The Dark Knight is iconic and groundbreaking for so many reasons. It’s an absolute thrill-ride from start to finish, it defined, transcended and inspired a genre, and gave us one of cinema’s greatest ever villains. It’s not often you can – with 100% certainty – call a recent movie a classic, but this absolutely is, and deserves to be. Not only is it the best movie of the 2000s, it’s also the best movie of the 21st century.

The Lord of the Rings trilogy, for also defining a genre which has yet to be touched in film. Peter Jackson pulled off the impossible and surpassed all expectation in managing to bring such an iconic piece of literature to life and in being so consistently jaw-droppingly epic with each entry, making one of the greatest trilogies there’s ever been, if not the greatest. Combined the 3 films made almost 3 billion dollars at the box office and have surely made their way into popular culture forever.

There Will Be Blood, for bringing us an utterly transformational performance from one of the greatest actors to ever grace the big screen, Daniel Day-Lewis’, in the greedy and destructive Daniel Plainview. From Robert Elswit’s immaculate Award-winning cinematography to Jonny Greenwood’s haunting, tension-building score, this dark character study was and still is hailed by critics, generally considered the magnum opus of Paul Thomas Anderson, and for someone who’s made Boogie Nights, Magnolia and The Master, that’s saying an awful lot.