How Chuckie Finster is the Posterboy for Childhood Anxiety 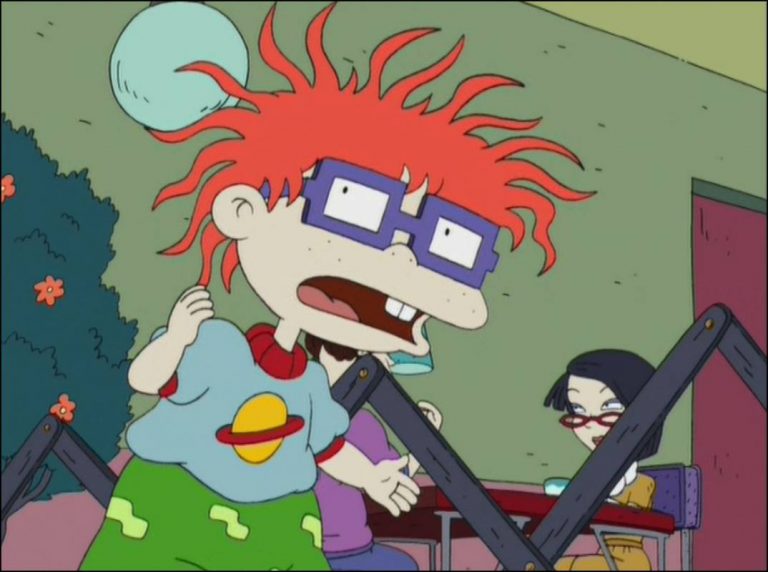 In the last 30 years publications on childhood anxiety have risen significantly. More and more research is being put out, and teachers are strictly advised to remain vigilant for signs of anxiety in students, as are parents. There are many tales that symbolise the existence of fear and sadness, with the use of evil creatures like the Dementors in Harry Potter or the recently released Babadook. Sadly, in the real world, evil isn’t that straight forward, as we all eventually learn.

Previously, research into childhood anxiety was rarely carried out, since fear and anxiety were common in youths and held little interest for professionals from a clinical point of view. Children didn’t have as much to worry about as adults. Not so. Children don’t understand emotions the way adults do. To them, the world is huge and very little can replace the reassurance that Batman exists. Anxiety is an unpleasant feeling brought on by fear and worry. Sometimes it can be helpful by giving us that ‘fight or flight’ response so that we are ready for any challenge. Sometimes it haunts us for no apparent reason making us feel sad, guilty, scared, sick and quite often like something bad is going to happen, like we’re going to die.

We all experience anxiety at some point and it is universal to the human condition. It’s all part of our development and simply our body’s response to a stressful or daunting period in our lives: exams, work, job interviews, family issues, etc. In this modern world brimming with possibilities for young people, the competition is fierce. Naturally, children are being encouraged to work harder, be better, do more and hence pave the way for a bright and wealthy future. The pressure is on and it isn’t without its repercussions. Many might say that this youthful generation are the most unfortunate. Our lives and faces are constantly on display thanks to the likes of social media. Sadly, such luxuries have birthed the existence of virtual cruelties. Cyber bullying and trolling are generally making the internet as dangerous a place as the real world.

Young people have more reason than ever to be anxious and vulnerable with so many triggers surrounding them. But without being too sombre about the subject, here’s a small, cartoon-inspired case study which stands as a great example of a growing concern within the youth culture. Chuckie Finster, Rugrats star and paragon of childhood anxiety could potentially educate young people or even trainee practitioners about the symptoms and behaviour of such a case!

There have been plenty of shows over the years that have been weird for some reason or another: Ren & Stimpy, The Adventures of Mark Twain, and Rocco’s Modern Life. Forget Scooby Doo and Salad Fingers – they were made to be creepy. The Rugrats, a cartoon about babies, had to have been one of the strangest cartoons of its time, bold enough to break the assumed perfection of the juvenile mind. Chuckie Finster is a pessimistic child who is scared of anything that isn’t his pillow. Many of us 90s kids will recall there being a number of episodes detailing the contents his mind that prove far darker than the average two year old’s.

Take for example Chuckie’s Wonderful Life, a dark and disturbing parody of the 1943 It’s a Wonderful Life festive flick. After being told by mini villain Angelica that everyone would be better off without him, Chuckie decides to run away. Before he can do so, however, his guardian angel appears and shows him a ‘would-be’ world of anarchy dominated by a gargantuan cookie-gobbling Angelica who’s enslaved her aunt and uncle to serve her. Unmonitored by Chuckie’s conscientious nature, the world has gone mad. Worse yet, his unkempt father maniacally talks to a sock puppet to aid his chronic loneliness and Tommy, his best friend, has become a walking advert for the NSPCC. 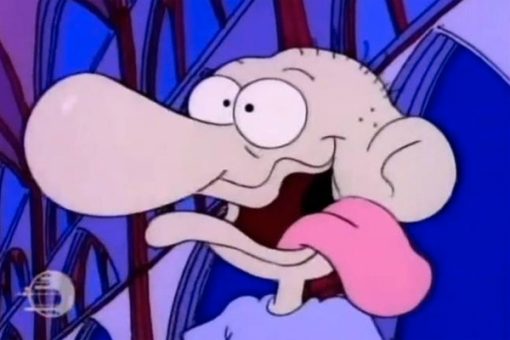 A later instalment ‘In the dream time,’ sees Chuckie suffering from depersonalisation (the inability to distinguish reality from dreams), manifesting his best friend Tommy as a monstrous mutant with a giant tongue which yells ‘I’m not Tommy!’ (see above). This poor boy has led a challenging animated life. He’s had conversations with an imaginary monster beneath his bed and developed an abnormal phobia of bacteria. Now you could say that the absence of his mother is the cause for this overactive mind of his. Of course, having a father equally as timid may not be helping matters either. It’s a great cartoon, they don’t make them like that anymore, and a bit of weirdness could be a healthy way to prepare little ones for the bizarre – and sometimes cruel – world in which we live. Although Chuckie’s reverie of being dragged beneath an armchair by a sinister dust bunny does instil just plain fear.

For young people, there is a lot you can learn today. There are is a growing wealth of books aimed at young people and families about dealing with emotional difficulties. When my Mummy Cries by Crystal LaPoint and Lloyd Jones’s The Princess & the Fog are two remarkable picture books handling the topic with gentle honesty. Anxiety affects us all, especially children. Maybe it’s about time they made this a common theme in every cartoon – the token ‘paranoid kid,’ to send out the reassuring message that it’s normal to have strange ideas, crazy thoughts and to be a bit scared. Children deserve to understand the human mind as early as possible, especially whilst they’re seeing the world through innocent and curious eyes.

Where do we stand with childhood anxiety? The answer is – distantly. Despite research moving forward and enriching the knowledge of the professionals, there needs to more information geared towards raising even more awareness for every adult, every child, everywhere.