Catwoman: Hunted (2022) REVIEW – Worth Hunting Down

The most fun DC animated movie yet? 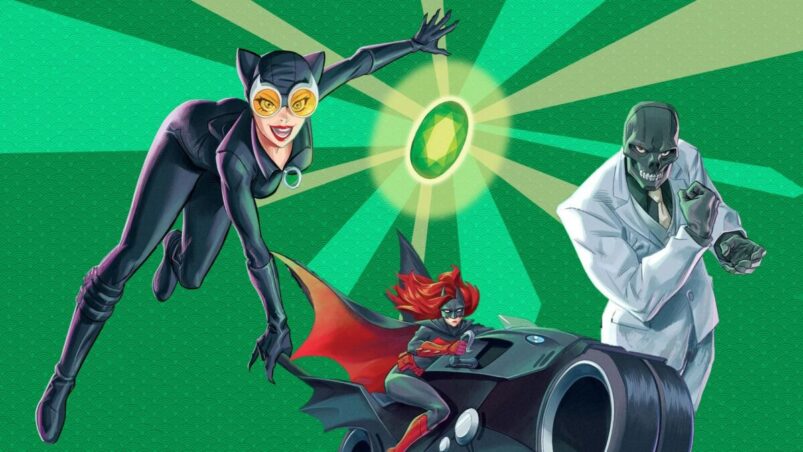 The film opens with a gorgeous title sequence that looks like a combination of crayon and watercolor animation set to a fast, jazzy score, and only gets more fun from there. The real plot of Hunted, which shifts us into a crisp but somewhat retro anime style, begins at a mansion in Spain, as Selina (Elizabeth Gillies) attends a costume masquerade where partygoers have dressed like heroes and villains from the DC universe.

Black Mask (Jonathan Banks) is at the party as well, exchanging a rare emerald as an entrance fee into the global organized crime syndicate known as “Leviathan.” The emerald just so happens to be a rare emerald known as “the cat’s eye” that the Cat has her eye on. Selina, the master thief that she is, is easily able to make her way into the mansion’s giant safe to steal the emerald, but an alarm is set off and she has to make her escape.

The escape, which begins as a foot chase through the mansion as all the guests set upon Selina and then turns into a car chase on winding canyon roads followed by narrow streets in the town below, is the first of many delightfully kinetic action sequences. These set-pieces are reminiscent of the high, maybe even manic, energy of the action sequences in the Lupin III franchise that Catwoman: Hunted seems to take many cues from (which is unsurprising both as an anime about a globetrotting master thief and as a film directed by someone who has worked on Lupin projects in the past). The fight sequences strike a perfect tone of fun but never shallow or meaningless; we know our heroes are going to win, but there are stakes and it’s exciting to watch.

And there are a lot of fight sequences. After Selina steals from Leviathan, she becomes a target as the organization seeks to make an example of her. But they aren’t the only ones who have their eyes on Catwoman. Batwoman (Stephanie Beatriz) and a pair of Interpol agents want to enlist Selina in their operation to take down Leviathan, by using her as bait. This set-up allows for a great variety of fights throughout the film’s sub-80 minute runtime, as Catwoman and Batwoman take on a host of DC villains, from A-listers like Cheetah/Barbara Minerva to C-listers like Cheshire/Jade Nguyen. Many of the foes also look very at home in the anime style and may have been included for this reason, as Moxie Mannheim and his men use mech suits and La Dama summons demons reminiscent of those in classic anime like Yu Yu Hakusho and Inuyasha.

The film also makes great use of the Catwoman/Batwoman pairing as well. The two banter throughout, with a number of funny if not entirely original jokes about cat and bat shticks/motifs/tropes (all the characters’ words). Their action scenes together are also turned into moments of joyful camaraderie, one has them recreate Legolas and Gimli’s point-per-enemy-eliminated game from The Lord of the Rings as they take down a horde of ninjas. And as she is wont to do, Selina makes great use of her attractiveness to get Kate to let her guard down early in the film, allowing the sexual tension to start at a high point and remain there throughout. Gillies also does an incredible job throughout making every line delivery sound as teasing, playful, and, well, horny as possible, in her scenes with Kate and everyone else.

The only real drawbacks are an overreliance on Selina’s quipping to herself and an unnecessary subplot about human trafficking that takes place entirely offscreen with a number of passing references throughout. But these feel like quibbles in a movie that looks this great and is just so much fun. It’s certainly not transcendent art, but it is one of the best DC animated movies yet. 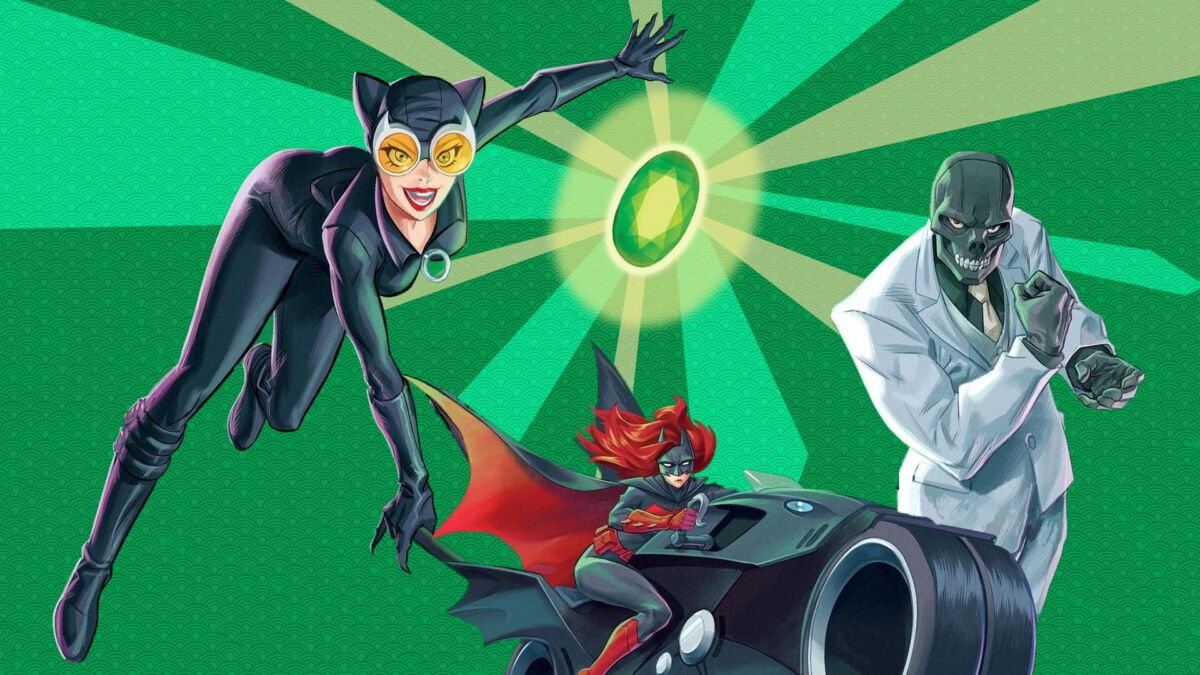 Verdict
Catwoman: Hunted is extremely fun, full of great banter between Catwoman and Batwoman, and an abundance of exciting action scenes.
7.5
Cultured Vultures is a pop culture website established in 2013 covering all things gaming, movies, and more. We eat your words.
All The News On The Biggest Games