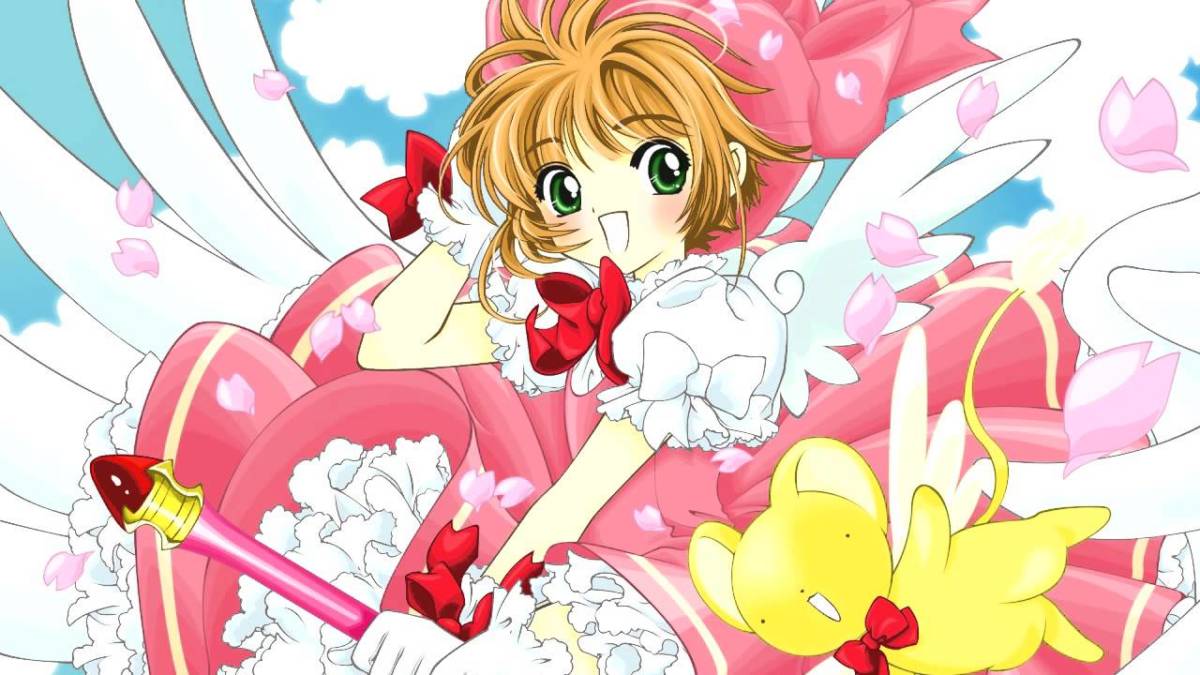 Cardcaptor Sakura is one of the undoubted classics of late 90s to early 2000s anime, and one of, if not the most recognizable property in the widely loved subgenre of “Mahou Shoujo”, or Magical Girl. The poppy, colorful, and very pleasant aesthetic, the supremely adorable character designs and costumes, the level of detail on the backgrounds and settings, and its consistently solid and whimsical animation quality is to be expected of legends of the industry Studio Madhouse and female mangaka quartet CLAMP.

For those unfamiliar to the show’s plot, it stars the titular Sakura Kinomoto and her group of friends Tomoyo, Shaoran Li, Mei Ling, and Sakura’s own magical critter, Kero-chan. She’s exceptionally energetic, bad at math and a stunning athlete, who one day uncovers a mysterious book in her house’s basement. This book, upon being opened, releases dozens and dozens of magical cards (called Clow Cards) into the surrounding areas, turning them into monsters and apparitions. By doing this, the guardian of the cards, Kerberos (now the adorable Kero-chan) vows to help Sakura in retrieving the lost cards, and grants her magical powers in order to turn the beasts back into cards. It’s a pretty straightforward beginning, and it serves to establish the simple goals of the characters and the challenges that they will have to face in the course of the show.

The show is also divided into two “halves”, the episodic adventures being episodes 1-35, and the larger plot becoming more concrete in episodes 36-70. After the series ends, Cardcaptor Sakura Movie 2: The Sealed Card ties everything together in glorious fashion. 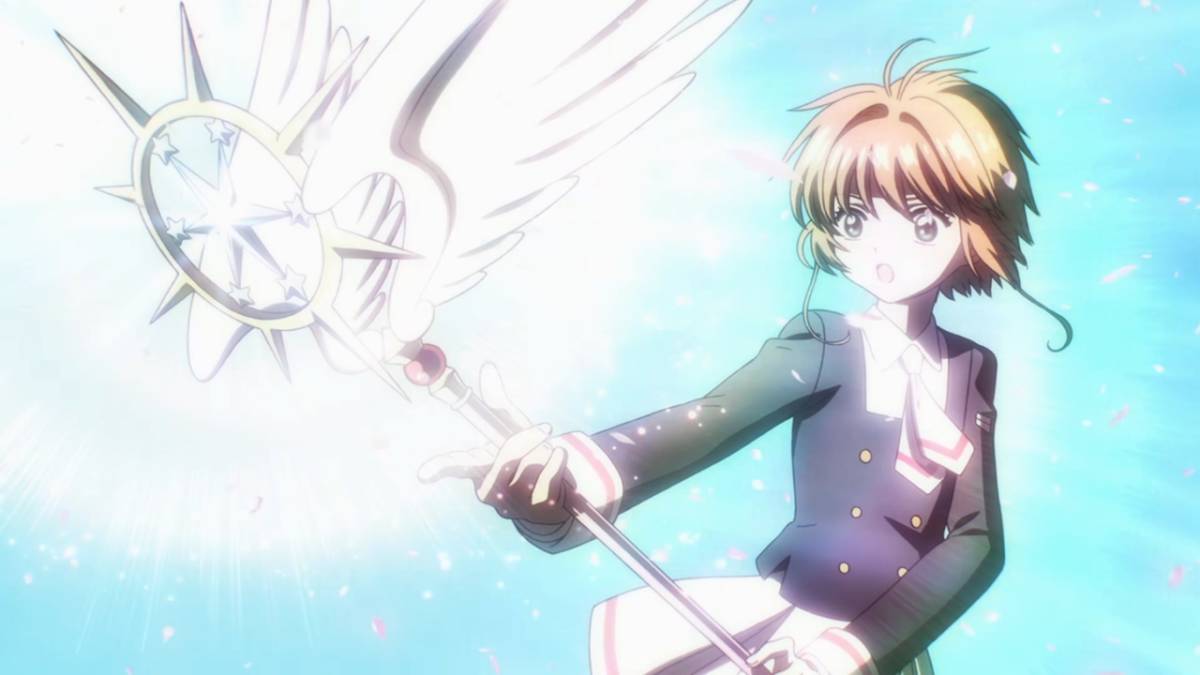 What I want to focus on, though, is how the show manages to deliver on the “Monster of the Week” formula with such expertise, that it blows most other shows of its ilk out of the water.

In episode 6, titled “Sakura and Memories of her Mother”, Sakura hears rumors from her friends and classmates about sightings of mysterious apparitions in the nearby forest. She decides to investigate, seeing as this “ghost” that so many of her classmates are speaking about may be in fact a Clow Card causing havoc (as they tend to do a lot in this show).

Two things to note about Sakura’s character and the nature of the cards in this particular episode before we continue:

These cards take the form of the action, object, or concept by which they are called by. These can be solid things like “The Fire” or “The Water”, but can also be actions like “The Jump” and concepts like “The Dark” or “The Glow”. These then take the form of nymph-like creatures with the attributes appropriate to its name.

Sakura’s mother, Nadeshiko, passed away when she was very young, and while she’s never really been completely consumed by this fact, Sakura has always wished to be able to meet her. For the first 5 episodes, constant attention is given to Nadeshiko’s photographs and history, and she is always being mentioned.

When Sakura arrives at the forest, chills running up her spine (as she is terrified of ghosts), she encounters none other than her mother, a floating spectre, holding out a hand and inviting her into her embrace. Awestruck, Sakura follows through, walking blindly towards this ethereal and beautiful vision of her lost mother. Sadly though, as many of these Clow Cards tend to do, they can deceive and trick people, and Sakura is led off a cliff – rescued from her fatal fall in the nick of time by Yukino, her crush and brother’s friend. Realizing that her mother would never bring her harm, she realizes that what she fell for was actually a Clow Card called “The Illusion” (which takes the form of what the beholder wants to see the most). Sakura then confronts her subconscious desire to see her mother, returns to the forest once more, and manages to capture the card.

What this little story arc does, in one episode, is establish a section of Sakura’s past that has been lightly touched upon in the past, use an in-world, relevant-to-the-plot way of weaving it into the Monster of the Week formula, and finally culminating with the capture of the monster, as well as the development for the character of Sakura, all in one 25-minute package. After this point, her reminiscence and longing for her mother is presented very differently, as she has accepted her mother’s death completely. She has finally moved on, her hidden wishes and emptiness now exposed and effectively gotten over. She’s a stronger person because of it. 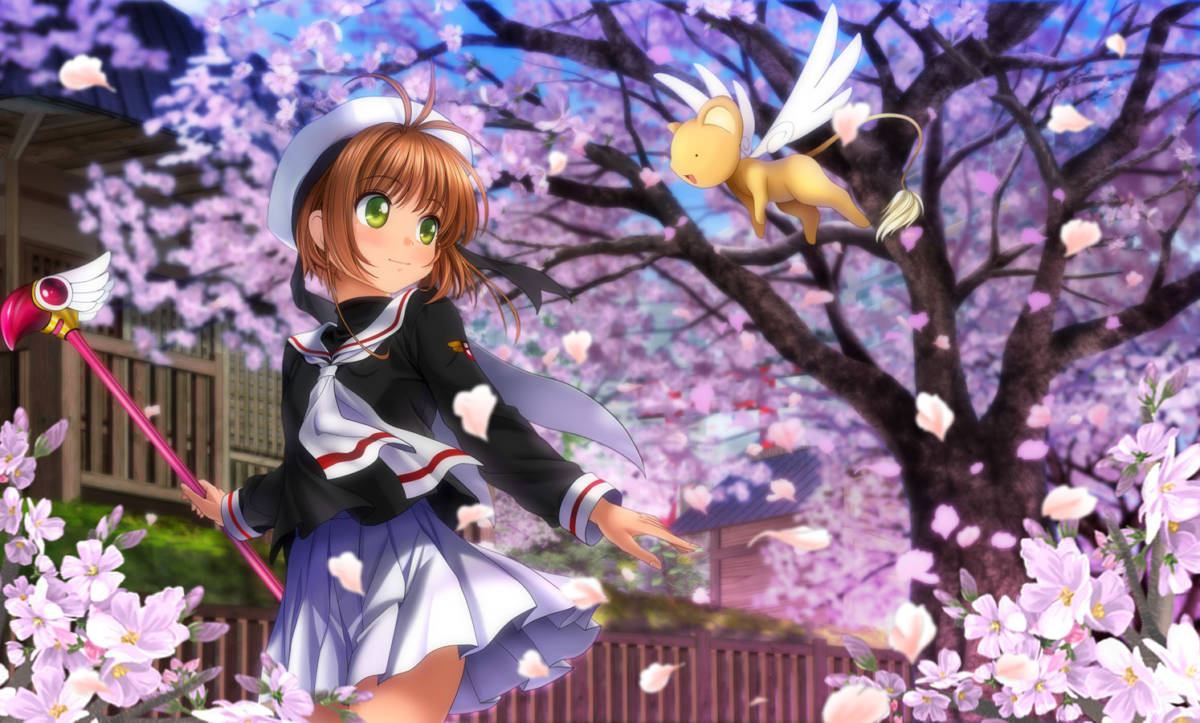 While a lot of these special moments occur often within the show, it’s not only restricted to Sakura herself. Some of these are tied to many of the side characters and one-off encounters, painting a picture of the world around Sakura as a vivid one, constantly brimming with friendly faces and fully-realized people, with goals, regrets, and hangups, all of which play into each episode’s card-related moral. Almost every episode does this in some form or another.

What really sets Sakura apart is the ability to seamlessly congregate a simple card collection premise into a series of progressive character arcs that all function to construct a setting that’s richer and feeds into the overall themes of the show.

Another aspect that Cardcaptor Sakura excels at is instilling long-term tension, and these episodic stories are the vehicle that drive it forward. From the start of the very first episode, the tone is set, as shadowy presence stands above a lavishly dressed Sakura during a gloomy night. While the rest of the show is poppy and bright, this and subsequent similar scenes keep the central mystery pulsating under the surface, never overwhelming but always in the far background. As Sakura’s knowledge of the cards grows, questions begin to be answered.

But how do they manage to keep it going for 70 episodes? With flawless timing, new characters and elements are introduced to keep the show fresh and yearning. From Shaoran’s appearance in episode 8 (titled “Sakura’s Rival”), all the way to the capture of the last card and the arrival of Eriol, everything builds up to the start of the second half, the broader story.

The larger plot of Cardcaptor Sakura encompasses all the emotions that the main characters have been forming throughout the first half, and bursts them all forth during the last leg of the show. In the same way, the length and structure of the series uses this to become more memorable. As the audience, we build connections to the characters during the carefree and fun adventures of the first half, slowly learning about Sakura and her friends’ personalities. When the drama reaches the tipping point during the second half, were already so attached to these characters, that we care for them much more strongly. The themes of friendship, compassion and trust emanate from the story and reach the viewer as well, and by the end, we’re saying goodbye to what some might even consider close friends. That’s the power of storytelling.

Sakura knows that children can be clever, capable people in their own right. That they need to be fed solid, challenging lessons that make them think from a young age. Many children’s shows resort to the easy but detrimental mindless entertainment, something to pump out quickly to make some cash and leave it at that. This show respects its viewers, and hell, it surprised me more often than not with its resolutions to each episode’s narrative arc. It’s a show that both kids and adults can enjoy alike, as long as you’re up for a pleasant, flowery cartoon.

But when you’re done, don’t say goodbye to the crew just yet. It’s the perfect time to watch this classic, as the sequel, Cardcaptor Sakura: The Clear Card, is currently airing in Japan. Studio Madhouse helms the production again, Morio Asaka and Nanase Ohkawa (director and writer of the original Cardcaptor Sakura anime respectively) return to the series, and even the same voice actors bring these characters back to life once more. No better moment to jump into this legendary series.