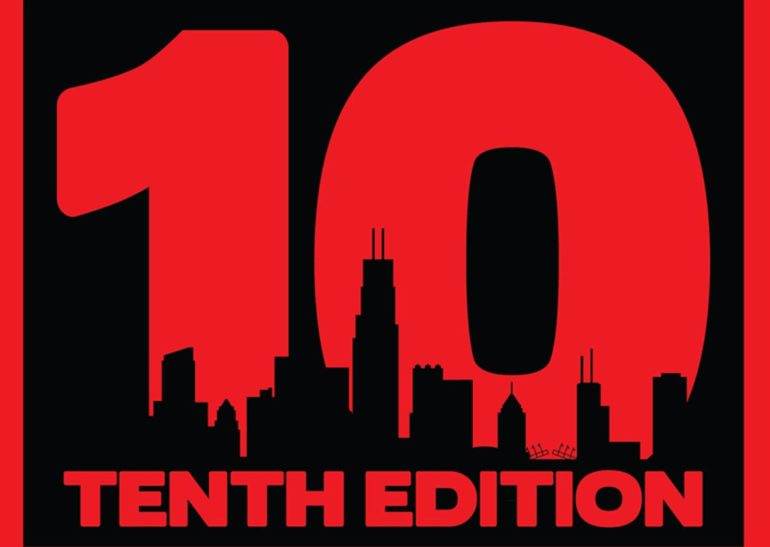 Ten years ago, ReedPOP Entertainment launched one of the largest comic conventions in the Midwest, if not in the United States, with high hopes that there would be booming success to follow. Ten years down the road, that was exactly what happened. From March 22 to March 24, 2019, the Chicago Comic and Entertainment Expo, more commonly known simply as “C2E2,” honored ten consecutive years of hosting the convention with their best show to date.

Tens of thousands of comic enthusiasts and cosplay artists alike made their yearly pilgrimage to the McCormick Place in Chicago, Illinois. Attendees come from local, to national, to international regions just for the experience. Some may purchase badges to explore the expansive arrays of panels, to meet guests, and to shop around the con floor, while others bring their elaborate costumes to show off while standing for up to eighteen hours in the lobby. The dedication reaches extreme scales. Old friends are reunited, new friends are made along the way, and the con can be compared to a family reunion where everyone likes just about everyone.

C2E2 was swarmed with online personalities and celebrities alike. Popular artists such as Hendoart, ColoradoCaptain, Stephaniexmoon_, Catharsly, Penberly, Demonhound, Fire_Forged_Cosplay, and Inisitu posed for hundreds of photos while making their way through the convention. Voice actors, comic book artists, and other members of the professional entertainment world contributed to the famed attendees, including the creator of Deadpool and Cable, Rob Liefield.

One main selling point that catalyzed the experience of the anniversary of C2E2 was the reunion of the Clueless cast where the cast members were brought together twenty-five years later. Paul Rudd stepped into the public eye as he had made his first ever comic con appearance. The crowd responded with rousing praise and enthusiasm when they were given the chance to meet him. Other big name guests included David Tennant, John Barrowman, Amy Jo Johnson, Ralph Macchio, Christopher Sabat, and Clark Gregg.

Impressive displays were abundant on the con floor. Marvel Studios and DC Entertainment set aside their rivalry for the weekend and stood side-by-side with colossal exhibitions decked out with impressive and high-tech displays. DC focused more on a showcase of their work, while Marvel profited off of the excitement for Avengers: Endgame. In addition, Marvel brought in props for auction from series such as Daredevil and Luke Cage. Each booth had interactive live stages for fans to pose with prop replicas or to meet with representatives from both companies.

The nightlife was just as exciting as the daytime at C2E2. The convention hosts a handful of events around the city that run late into the night. Fans could attend these complimentary parties after the floor closes for the day. The most popular place to find congoers is in the lobby of the hotel attached to the con center or at the rave held after dark. The party never stopped when the fans were in charge.

ReedPOP came and conquered with their ten-year celebration of the Chicago Comic and Entertainment Expo. The company went above and beyond to celebrate a decade of nerd culture. They took their convention to the next level, making their anniversary show their best one yet. C2E2 will host their eleventh show from February 28 to March 1, 2020.

*A press pass was supplied to the writer for coverage purposes.