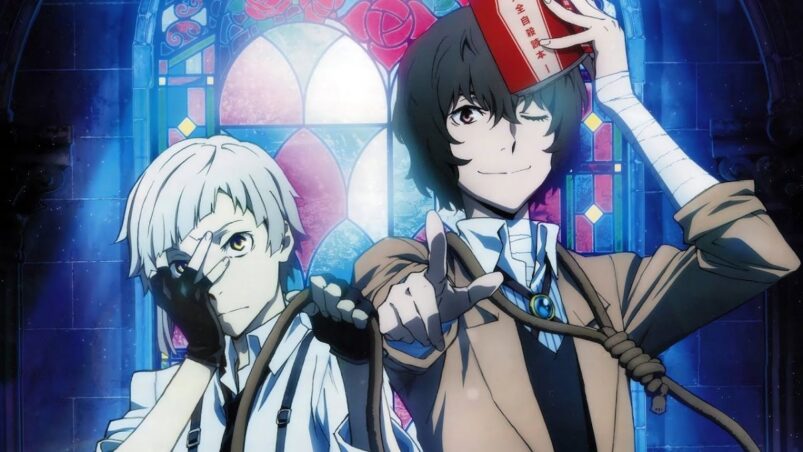 No anime has vibed harder with fans than Bungou Stray Dogs, a quirky superhero show that just never ceases to amaze. With its chill wise guy characters Osamu Dazai, Atsushi Nakajima, and plenty of others, the show sets up a mood that just compels you to keep watching. One movie and three seasons of the franchise are out, and it’s been years since we’ve seen the Armed Detective Agency in action, so if you’re wondering whether Bungou Stray Dogs: Season 4 is in production and when it will release, you’re in the right place.

The enigmatic mangaka Kafka Asagiri commenced Bungou Stray Dogs’ plot in late 2012, and since then, the manga series has been going strong. An adaptation by Studio Bones, the masterminds behind My Hero Academia’s brilliant animation, was aired in 2016, and later two more seasons and a movie followed. With the anime being extremely popular, demand for a sequel has peaked, so here’s a look at everything we know so far about Bungou Stray Dogs: Season 4.

When Is Bungou Stray Dogs: Season 4 Coming Out?

The official anime Twitter account confirmed that Bungou Stray Dogs: Season 4 is in production and that the anime will broadcast in January 2023. Along with the announcement, an awesome new teaser visual was also revealed which showcases Atsushi facing mysterious new opponents.

No exact air date has been revealed so far, and neither the number of episodes have been confirmed, but like the previous three seasons, we expect Bungou Stray Dogs: Season 4 to also run for 12 episodes when it lands on Crunchyroll.

Aside from the visual teaser, a trailer for the new season shows a sneak peek at Fyodor, Dazai, Ranpo, and many more characters. It’ll be exciting to see where the manga takes the story next considering how diverse the anime seasons have been so far.

What Is Bungou Stray Dogs: Season 4 About? (Spoiler Alert)

Bungou Stray Dogs: Season 3 ended around volume 13’s Chapter 53, which covers the entire Cannibalism Arc of the manga. Next up seems to be the Cannibalism Aftermath Arc that’ll entail Ranpo’s attempt to free Kunikida from prison after a Rats in the House of the Dead member frames Kunikida for murder.

While the Aftermath Arc will only last a couple of episodes, Bungou Stray Dogs: Season 4 will mostly revolve around the Hunting Dogs Arc. The Armed Detective Agency appears to have been wrongfully labeled as terrorists, and so a military unit, the Hunting Dogs comes after the members.

Bungou Stray Dogs has baffled us with its ability to keep on innovating with never before seen abilities, and villains just brimming with devious plans that’ll keep you on the edge of your seat, so with a fourth season officially set to release soon, die-hard fans can rest easy.

READ NEXT: Dorohedoro: Season 2 – Release Date, Story & What You Should Know