Bosch is an example of a show which has the balance between its various plotlines and character arcs spot on. 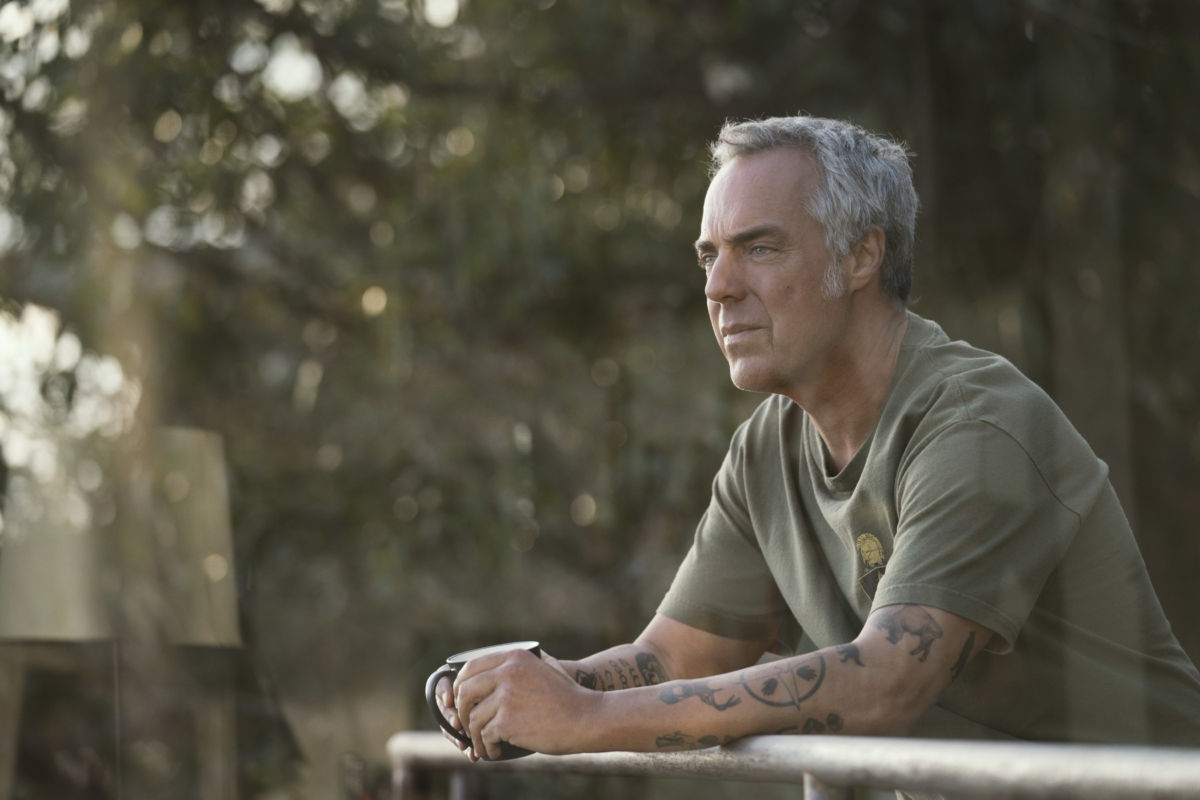 Season five of the Amazon Prime Original sees the grizzled and grumpy Detective Harry Bosch trying to bring down an opioid drug ring, while also being investigated for alleged foul play on one of his old cases, that took place well before the viewers first knew him. The opening sequence is a flash-forward that presents us with a rather disheveled and rough looking Bosch, limping around with the aid of a walking cane. Presumably undercover, Bosch finds himself in a life-threatening situation before the scene cuts and events jump back fifteen days.

This little flash forward is a good technique, as it reveals just enough to pique the viewer’s interest, but preserves enough mystery to leave them wondering how it will tie into the bigger picture later on. This season round with see Bosch’s daughter Maddie (Madison Lintz) undergoing an internship with the DA, a factor which becomes more and more important in relation to the investigation of Bosch’s old case as the season goes on.

Recently I have watched a number of television programmes which have multiple narratives and character arcs running alongside the larger main plot. This is to be expected in TV shows, as their format and layout allows for a multi perspective approach. However, certain programmes such as Star Trek: Discovery and Black Lightning have found it difficult to strike an appropriate balance, either spreading the content too thin or focusing too much time on particular narratives and characters while overshadowing others.

Bosch is an example of a TV show that has fortunately got that balance spot on. Because of the nature of the show and the original books by Michael Connelly, there has already been a certain amount of this in previous seasons. But season five expands on this method even further, and certain storylines, such as that of Crate and Barrel, stand out as really well presented narratives while not impacting or encroaching on the other content included in the season.

What is most impressive about this wide focus on different characters and narratives is that the season doesn’t feel overloaded or rushed. Bosch has always been somewhat of a slow burner, opting for gradual build up and development of episodes, punctuated every now and again by a dramatic and exciting incident. The progression of the cases and characters never loses its focus but there is also a decent amount of time where we see characters just sitting and mulling things over or alternatively discussing their issues with other people. None of these scenes feel dull or act as filler, but rather are vitally important in getting an insight into the character’s emotional state of mind and their train of thought. The camerawork is close and invasive, which holds up a magnifying glass to the subjects and examines them deeply. The dialogue feels genuine and not contrived for the sake of moving the plot forwards. This combination of factors make the characters feel authentic and relatable.

The classic shots of Bosch sitting in his empty apartment, looking out over the Los Angeles Valley with a glass of Bourbon, are corny as hell but also effective at identifying his state of mind. Additionally some of the most impacting moments of the season involve characters sitting in rooms talking to one another. Through looks and dialogue the viewer gets a real sense of the tension between the characters and their emotional responses say an awful lot.

The production values are extremely high in this season and certain sequences in the later part of the season have the grandeur of a big budget film. There is one particular sequence later on in the season which is highly exhilarating and thrilling and although it is a bit over the top, it does benefit the programme by not becoming too bogged down in dialogue or scenes of policeman looking at files. This is possibly the only downside with Bosch. On the one hand, it is a modern crime drama with a lot of technical jargon and inclusion of police procedure that makes it believable. But on the other hand, it includes action sequences that have a cinematic, action-fuelled quality which feels a bit too Hollywood, taking away some of the realism of the piece.

The political angle with Chief Irving makes it very topical and relatable, especially on the subject of police shootings. At the same time it can be extremely cliché. Bosch is the typical moody Detective who listens to jazz, drinks bourbon, and does what he likes. He is too much of a loveable character for it to mar the show, but his character does seem a bit too much of a caricature to fit in the real world of crime, coming off more like a film noir gumshoe.

The performances are great – Madison Lintz, in particular, really stands out in this season. You really understand her ongoing struggle throughout the season, and the complicated relationships she has. This is most noticeable with her father, but she also finds it difficult to know how she feels about her new love interest Tom (Madison Rye). It could have easily come across as teeny, whiny drama, but Madison Lintz gives a balanced and well-rounded performance, never becoming overly irritating or melodramatic. She is able to say a lot without actually speaking in a good number of scenes and that is just as effective, if not more so than the alternative.

Titus Welliver is just one of those actors who has an engaging and hypnotic presence about him. His performance throughout the entire show up until now has been consistently strong, but he shines even brighter in season five. While he is undercover he has to play the part of a broken down and worn out druggie and does so with great aplomb. But what is really interesting is that it is sort of a larger manifestation of his state of being anyway.

The investigation into his conduct on a case, his relationship with Maddie and the still lingering effects of his wife’s death in season four starts to seep through the cracks. Welliver’s ability to play a character that is strong and stubborn but at the same time sensitive and self pitying is hugely impressive. Jamie Hector and Amy Aquino also give very strong performances, and Lance Reddick does what he does best, as a chief of police who you should hate but can’t help but be interested by.

There is some very nice cinematography and camerawork which oscillates between dark, film noir esque night time shots to wide, expansive shots of dusty and desolate deserts which have a very Breaking Bad vibe to them. There is a great use of mirroring and shadowing that gets across the detached loneliness of the protagonists in particular Bosch and in some cases an effective tool of creating suspense and tension. Despite being a television show, there’s something very cinematic about the way Bosch is shot, and part of its allure is that the city of Los Angeles becomes a character in and of itself.

The mixture of day and night cinematography, and the combination of huge pans of the Hollywood valley and the buzz of activity on the streets of L.A., gives an audible texture and tone to the piece. There are some clever techniques used in this season in order to facilitate flashback sequences. They show a presumed younger Bosch from behind with grey hair as opposed to white, to get around showing him front on. There is one shot where we see his reflection in a picture and either make up or digitization is used. Either way they did a terrific job as it looks very authentic. These little tricks make it more immersive and look less obvious it has been engineered.

Bosch is a show that has not failed to impress up until now and season five is no exception. It manages to juggle multiple narrative and character arcs without becoming unbalanced. The main plot and secondary storylines are really interesting and having the strong source material of Michael Connelly’s books definitely shows as there wasn’t a single aspect of the season’s narratives that I found boring or unnecessary.

The performances are fantastic and the character development while strong in previous seasons really stood out for me in this season particularly. The cinematography and camera work achieves a number of things. The film noir shots are stylish and moody, aided by clever lighting, nicely reflecting the character’s state of mind. Additionally the locations and landscapes are skilfully brought to life and there is a real tangible substance to the setting of L.A.

Verdict
Season five of Bosch excels because it has a very strong main narrative, tackling big issues of addiction and PTSD respectfully and in depth. The character development of the show is phenomenal and resonates deeply throughout the season.
9
Cultured Vultures is a pop culture website established in 2013 covering all things gaming, movies, and more. We eat your words.
All The News On The Biggest Games