Not much, but there's some gems out there. 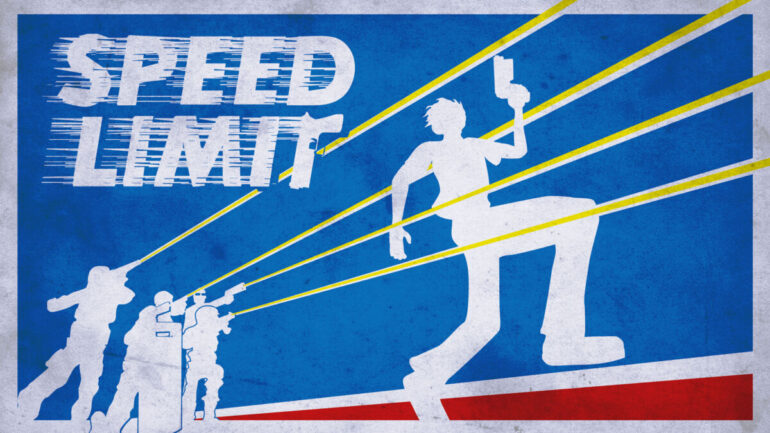 It’s another week and another set of gaming releases for anyone who happens to have a bit of spare cash burning a hole in their pockets. Admittedly, this week in gaming is a bit slower than other weeks, which isn’t too surprising considering that last week saw the release of Little Nightmares 2 and Super Mario 3D World + Bowser’s Fury while next week includes Persona 5 Strikers, Bravely Default 2 and more. You need to have some kind of break in the middle. Here’s the big releases for this week.

For those who enjoy their fast-paced retro action games, Speed Limit is sure to be worth checking out. In fact, Speed Limit is developed with you in mind, as it’s designed to be a throwback to those halcyon days of pixel-on-pixel violence, coupled with a head pounding level of difficulty that’ll have you begging for mercy before the credits roll.

The gimmick of Speed Limit is that as you progress through the levels, you’ll be switching through different classic genres of gaming. These include platformer, racing game, isometric shooter, vehicular combat and vertical shoot ‘em up. It takes a special kind of game to go from running and gunning on a train, to racing down a freeway to then being a helicopter gunner, so hopefully Speed Limit will live up to its ambitions.

SNK vs Capcom: The Match Of The Millennium | February 17th

By no means is SNK vs Capcom: The Match Of The Millennium a new game, but it is coming to the Nintendo Switch, and that’s a new development, right? Look, if we rally around and support this game, we might be one step closer to Capcom Vs SNK 2: Mark of the Millennium 2001 being brought to the Nintendo Switch (and other platforms), maybe even with rollback, online netcode. The 20th anniversary is coming up after all. I don’t ask for much, I know.

Anyway, SNK vs Capcom is the NeoGeo Pocket Color take on the fighting game juggernaut crossover, which includes 26 characters battling in 1v1s, 2v2 tag fights or 3v3 queue fights, similar to the King of Fighters. If anyone’s played Pocket Rumble on the Nintendo Switch already, SNK vs Capcom is one of the game’s that inspired it, so if nothing else, it’s a fun little history lesson.

Another game that’s been available for a while on another platform, this time being the PC, Anodyne 2: Return To Dust is being brought to the PlayStation, Xbox and Nintendo Switch. Like other games on this list though, Anodyne 2 will feel like a throwback to eras gone past when you actually play it.

Anodyne 2’s gameplay will feel like a Zelda-inspired action-adventure, where you explore a surreal world in an attempt to defeat the Nano Dust plague. The game will also switch from 3D to 2D as you go from exploration to combat, making for a varied gameplay experience. As for the graphics, the low poly visuals look like they could have been ripped from any PS1/N64 game, giving Anodyne 2 quite a lot of charm. Definitely one to keep your eye on here.