Struggling for writing advice? We got you covered. 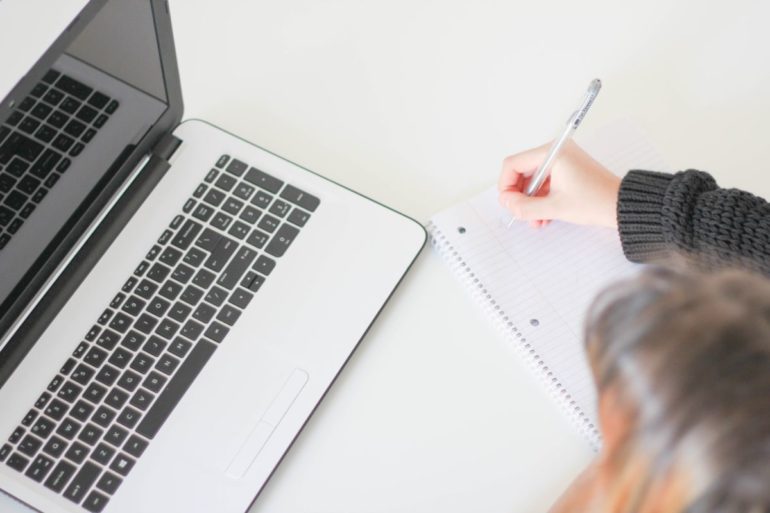 One of the most important parts of being a writer is being able to research your craft. Writing a fantasy series? Time to dust off the Tolkien. Looking to write some trippy sci fi short stories? Flick through some Philip K. Dick.

However, sometimes learning what you can about writing can be more nuanced than this. How do you workshop a scene? Does your story have too many tropes? Don’t worry, there are YouTube channels which can help cover this information too. So, in no particular order, here are ten YouTube channels for writing advice.

Helmed by writer J.P. Beaubien, this YouTube channel goes into certain genres and tropes of writing, ranging from niche topics like Steampunk to how to write rivals. Boasting just under 300K subscribers, he presents all this information in a sarcastic manner, so take his advice with a comedic pinch of salt. Crudely animated and funnily written, this channel is a gold mine of information on how to write a text.

Sitting at over a million subscribers, OSP is a YouTube channel presented by a pair under the aliases Blue and Red. The pair describe their work as “Sarcastic, yet informative, summaries of classic and not-so-classic literature and mythology, as well as major historical events!” While blue covers topics of a historical nature in his segment ‘History Summarized’, Red covers topics that are more literary. As well as doing shows like ‘Classics Summarized’ where she covers well known texts, she also has a series of videos called ‘Tropes Talks’, covering tropes throughout different avenues of writing. This is another brilliant channel that seeks to educate as well as entertain its audience.

Boasting over 100k subscribers, Kyle R. Martin, or more popularly known as KrimsonRogue, predominantly focuses on how well certain books have adapted into film through his series of videos, ‘The Book Was Better’. While not like the other two channels in that it doesn’t focus predominantly on presenting writing advice, these videos also go over how certain books work/fail, which is always a handy way to workshop a potential text. He additionally has a look at some of the worst books in terms of quality and breaks down their shortcomings, as well as reviewing books from his own personal collection.

Sitting at under 200k subscribers, Jenna Moreci presents writing information in a format that focuses less on comedy and more on presenting the bare bones facts of writing. A lot of her videos come in list format, whether that be on the best tropes in a genre or simple tips on writing your own book. Not only that, but she also offers some advice on how to market books, which is always handy in this day in age. She keeps in regular contact with her fans via Twitter, so if you want some more personalised advice on top of her amazing content.

One of the more interesting YouTube channels in terms of analytical advice is Timothy Hickson’s YouTube project. Sitting at over 500k subscribers, the YouTuber has videos that break down aspects of writing and worldbuilding in essay format, whether it be how magic systems work in a fantasy setting or the fictional history of a universe. He additionally has other videos which analyse different characters and explains their psychology throughout.

6. Lessons from the Screenplay

While the other channels mentioned focus more on in writing in general terms or through novel writing, Michael from Lessons from the Screenplay focuses more predominantly on-screen writing, whether that be for films, television or video games. As you may have guessed by the name, the channel – which currently sits at 1.16m subscriber’s seeks to break down certain aspects of existing screenplays for the sake of entertainment and education. He even invites professionals from the writing industry to offer their advice on his show, like Neil Druckmann, who wrote the screenplay for The Last of Us.

At over 200k subscribers, Film Courage is a YouTube channel which predominantly features interviews with people from the film industry, like actors and writers. While these videos strongly focus on this particular industry, some of the advice given by these professionals can be interchangeable with book writing and is invaluable in the study of the craft. Amongst these, he also has his own original documentaries, which are feature length pieces of research into filmmaking.

As well as being primarily a fantasy and science fiction writer, Brandon Sanderson is also a very talented teacher in the art of writing. Amongst his videos are recorded lectures of Creative Writing at university level, which prove very handy if you want to break into his genres. Additionally, he also co-hosts a podcast called Writing Excuses, which are short but sweet recordings focused on genre writing and webcomics.

Ellen Brock’s YouTube channel sits at 100k strong, and while the other channels in this list lean more towards screenplays or manuscripts, this channel focuses a lot more on the editorial side of book writing instead of the actual writing itself. Ellen is a freelance editor and has been working since 2011. Her videos focus less on how to write, and what publishers/editors would expect from a written product.

Last but most certainly not least, Sage Hyden’s channel, Just Write. With 538K subscribers, the channel focuses on giving writing advice in video essay format, whether that be talking about the craft itself, literature or movies, such as how Death Note is a good example of binge-worthy television or how The Rise of Skywalker is the most frustrating of films JJ Abrams has made.