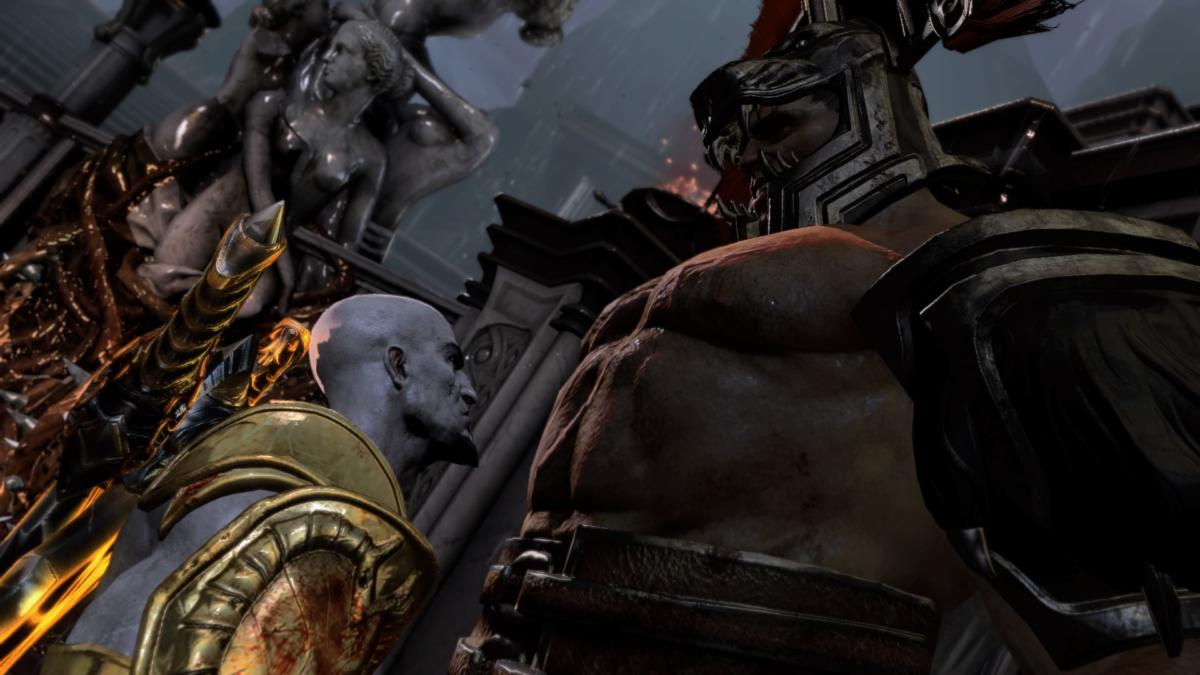 I have a confession to make. This year’s phenomenal God of War was my first time experiencing the series. Please, please, don’t all shout at me at once. Despite its critical acclaim, I have somehow managed to never play a single entry before Santa Monica Studio’s revamp.

This made me wary of venturing backward in the series, given that the fantastic, but drastic, changes to God of War’s gameplay would be absent in this remastering. Replacing methodical strategizing with button mashing combat did not fill me with confidence that its graphical update would save God of War 3 Remastered from becoming antiquated.

Fortunately, I was wrong. 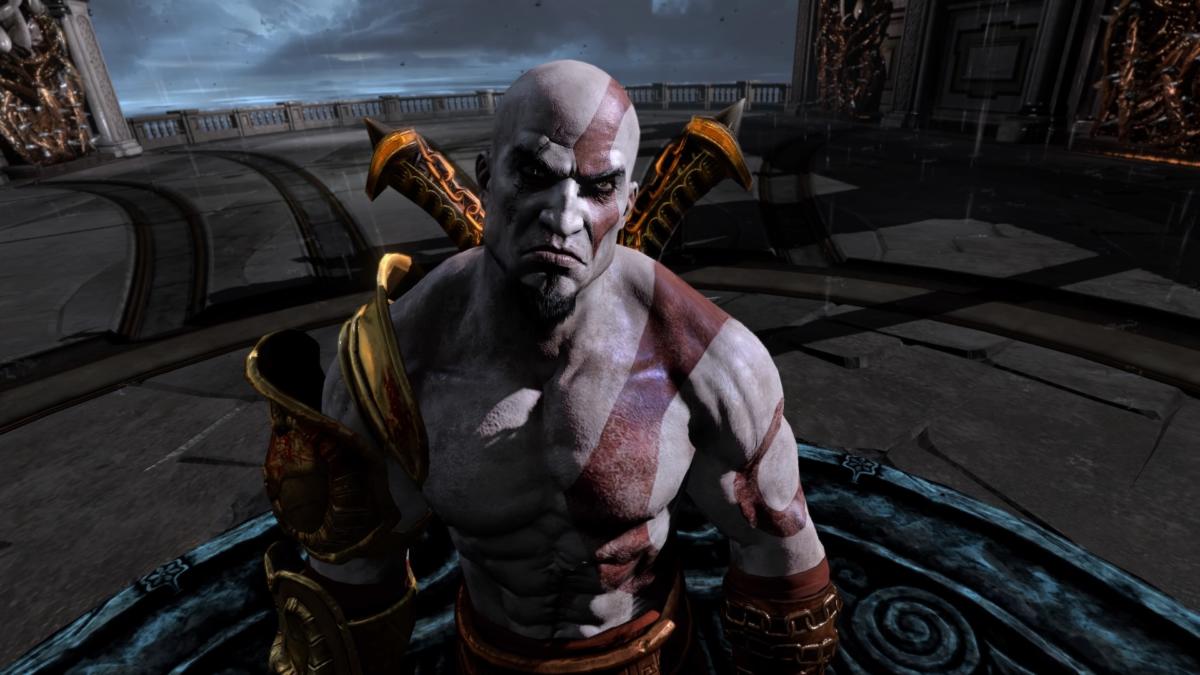 Despite my first hour being incredibly underwhelming as I struggled not to compare it to God of War, this remastering delivered a different but satisfying Kratos adventure. Picking up where the sophomore entry in the series left off, Kratos, The Ghost of Sparta, is ascending Zeus’s mountain temple via a rock giant’s back. With his heart set on vengeance against Zeus and the gods in general, Kratos must fight not just through hordes of rank and file enemies, but through the most notable figures in Greek mythology.

From the opening moments, it is apparent that God of War 3 is grand not only in its scale but also in its weight of finality to the entire experience. A constant crescendo of violence and retribution for a tumultuous past that feels like the penultimate chapter to a story almost a decade in the making. I’m sure this feeling is exceptional for those who have played since the original, but even for me, an outsider, the game’s resolute nature is palpable. 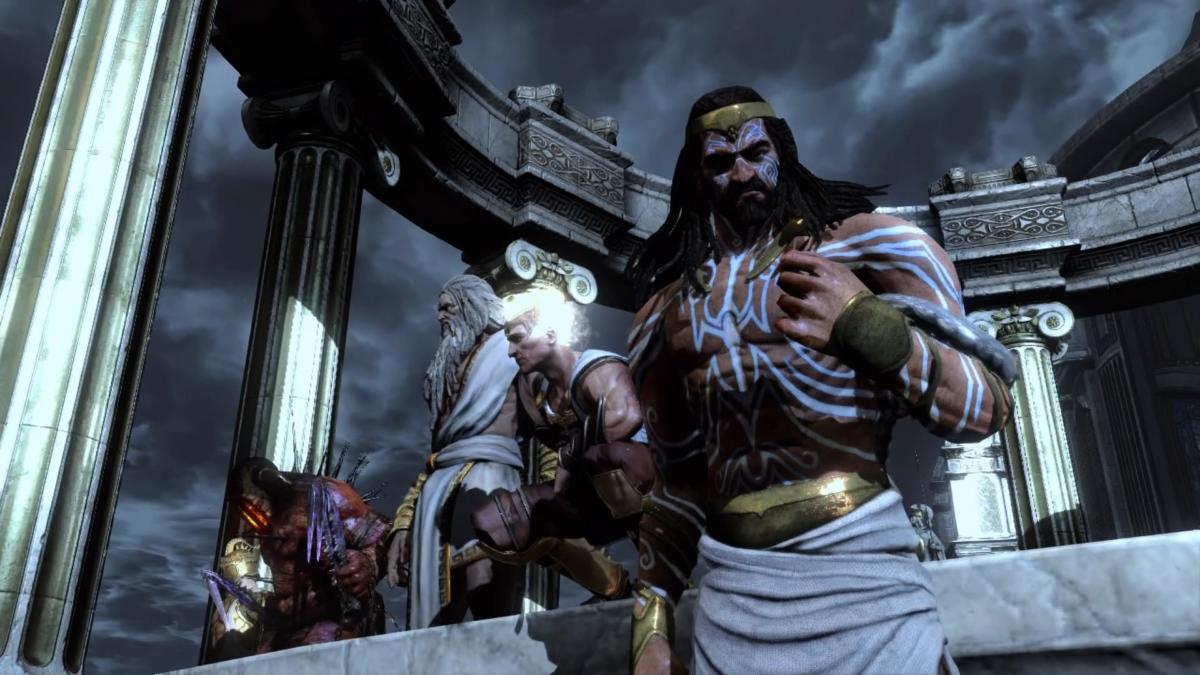 The biggest hurdle for me to clear was the button mashing, which feels repetitive and limited in the opening hour. It wasn’t until I began to level up Kratos’s famed Blades of Exile and unlocked new combos, abilities, and additional weapons that I found an enjoyable groove for combat.

What the game does better than other action games is its uncompromising visceral combat. Unlike this years God of War, God of War 3 excels in pitting the player against dozens and dozens of enemies at once. This provides a wide range of combat challenges that require employing several styles of combat to overcome. The mixing of simple rank and file enemies with elite enemies, such as minotaurs, hydras, and hellhounds, provides an ever-expanding and evolving challenge of crowd management and on the fly problem-solving. 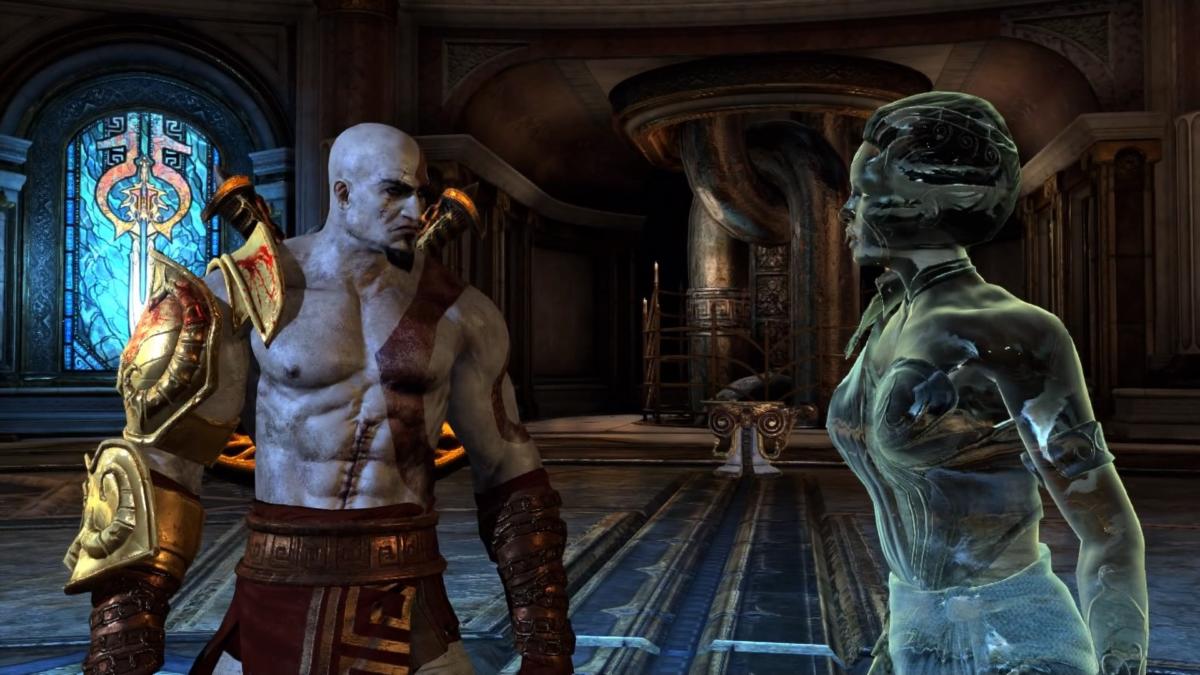 These elite enemies require finisher moves that amount to quick time events, which are spectacularly violent. Ripping the eye from an ogres socket, performing a C-section on a centaur, or ripping Apollo’s head from his shoulders, God of War 3 unapologetically revels in its brutality. While most of these can become tedious after a few hours, they are initially shocking and make the numerous boss fights that much more memorable.

Beyond all else, God of War 3’s boss fights are where it truly shines. Boss fights are grandiose, facing off against the most infamous gods of Greek literature, and each is more memorable than the last. Every environment is tailored to the particular deity, making for diverse and varied set-pieces. Bosses avoid feeling like big health bars, instead providing an ever-changing challenge, and always different from the last. 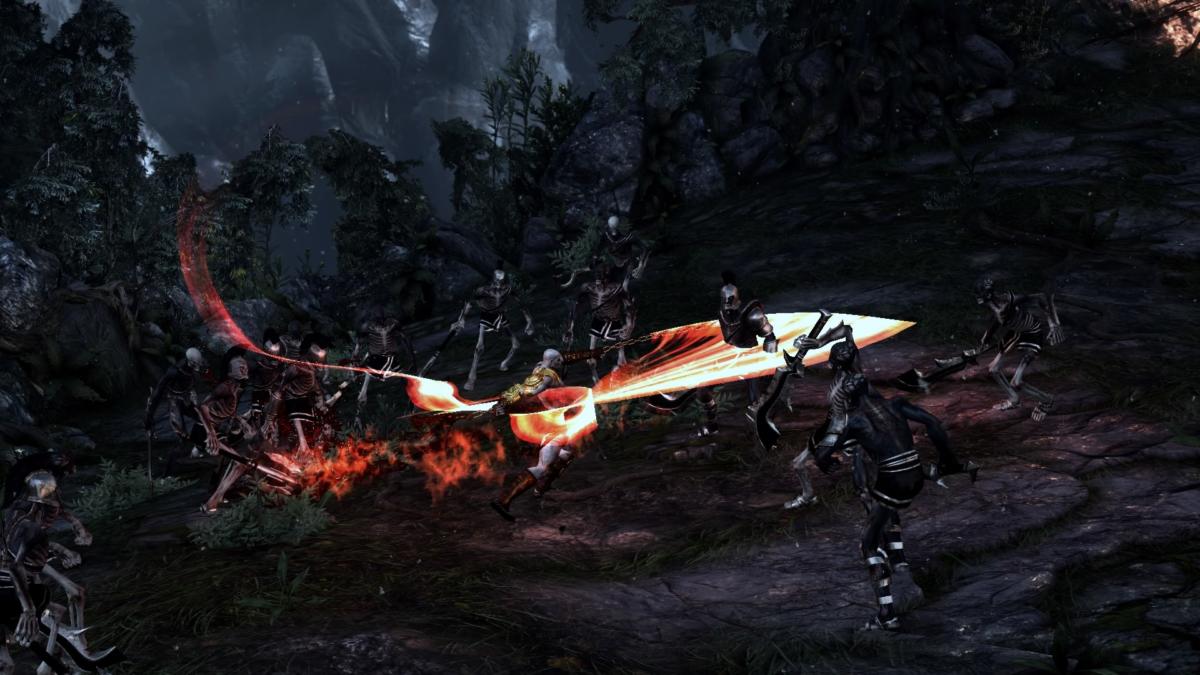 As you would expect of a visual remastering, the game is gorgeous. From the punching up of crisp environments to the more minute details like the individual muscles dangling from Apollo’s severed head swaying in response to Kratos changing direction, it is hard not to marvel at this technical achievement. God of War 3 Remastered serves as further proof of the importance of remasters, as they give compelling reasons for both fans and newcomers to experience these highly stylized versions of a classic.

I was glad that my low expectations for God of War 3: Remastered were proven to be unfounded. Despite my initial hesitation regarding its button mashing nature, I found it provides its unique combat still requires a good level of strategy to overcome. I was also relieved that my lack of in-depth knowledge regarding the God of War’s lore didn’t interfere with my enjoyment of fighting a who’s who of Greek gods. God of War 3 Remastered serves as one of the finest action platformers offered on PlayStation 4.