Lloyd has proven himself to be quite the chameleon over the years. 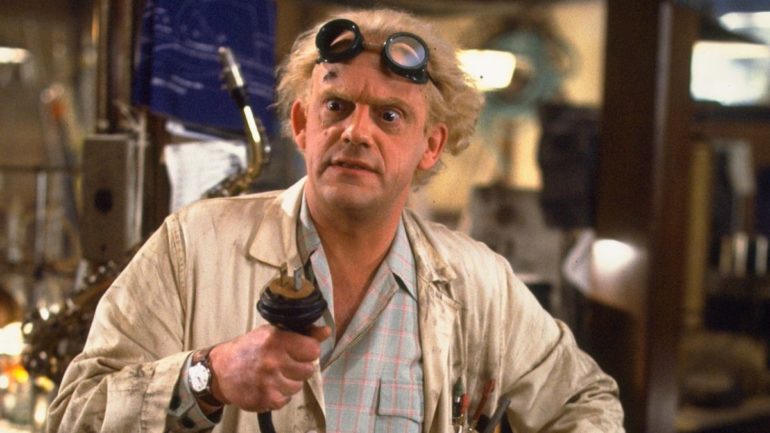 My god, did I really go fifty-one consecutive Make the Case columns without talking about the best Christopher Lloyd movies? What can I say? I have to admit my hand in this troubling fact, and hope we can learn to trust each other again.

Because Christopher Lloyd, quite frankly, is one of the best actors currently alive. We don’t see him in quite as many high-profile gigs these days, but he continues to work steadily. Perhaps, more importantly, he continues to surprise, compel, and even terrify with his range, presence, and attention to characterization. Few actors have a quality of immediately gaining your attention, the moment they walk into the room. Lloyd has been pulling that off as an actor for over forty years. The 5 best Christopher Lloyd movies is merely an introduction. It also skips over his incredible gamut of television appearances, including a legendary run as Reverend Jim Ignatowski.

Simply put, Christopher Lloyd’s filmography reveals an extremely prolific, versatile on-screen performer. Even in movies that are borderline deplorable, he is rarely anything less than brilliant. His great consistency as an actor is how seriously he seems to take whatever he’s doing. No one will ever accuse Christopher Lloyd of phoning it in. Over a career of 226 (and counting) film and TV appearances, you won’t find a single insistence of Lloyd doing anything less than his best.

When you operate on the creative level of someone like Christopher Lloyd, that concept of your best is ever-surprising and never a waste of time for the viewer. 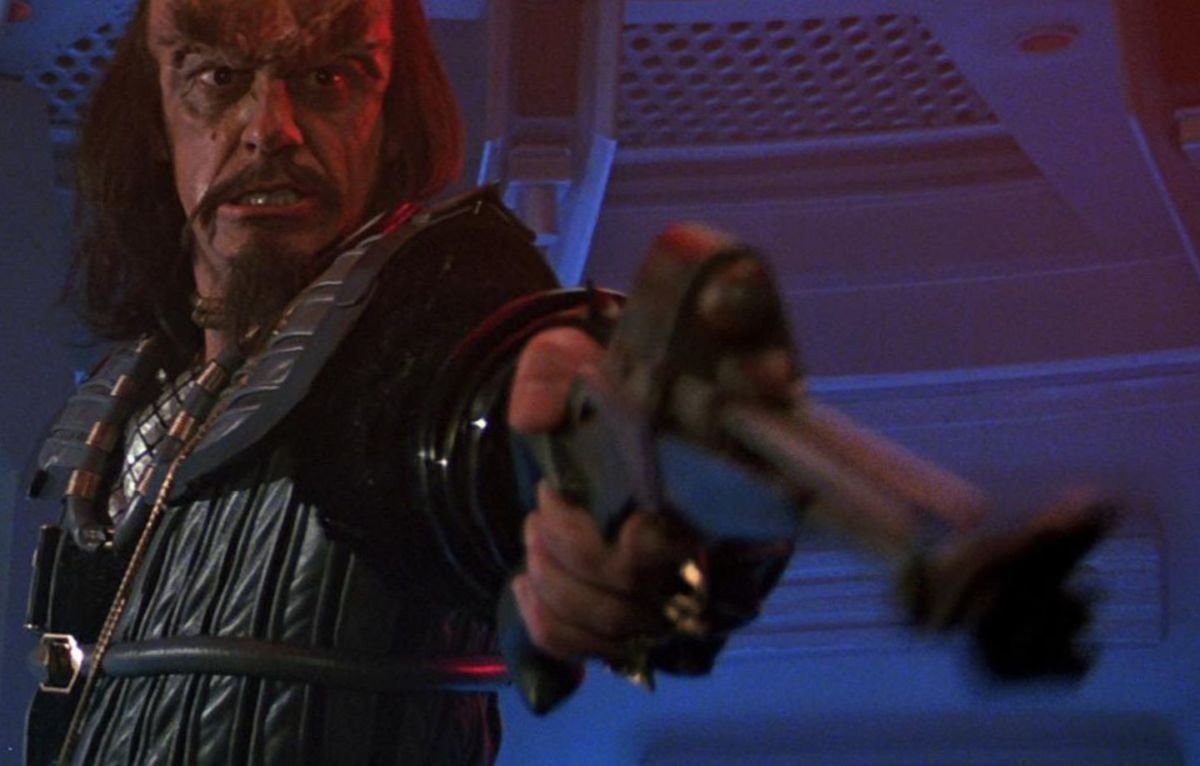 Christopher Lloyd had a strong resume by 1984. He had become famous for playing Jim on Taxi, and had logged a number of good character roles in movies like Goin’ South, The Onion Field, and Mr. Mom. Star Trek III was one of his largest film roles up to the point. It isn’t surprising that he would be a natural fit for a ruthless Klingon commander.

Lloyd had to follow up Ricardo Montalbán as Khan in the bad guy department. That in of itself is no easy feat. Yet Commander Kruge is a lot of fun, as bad guys go, giving the original Enterprise one of its best film adversaries. Lloyd chews the scenery in his own singular way, and adds something worthwhile to the concept of how a Klingon can be played.

If there is any downside to Christopher Lloyd in Star Trek III, it’s that we obviously don’t get to see him have any scenes with Leonard Nimoy’s Spock. That would have been interesting, to say the least. 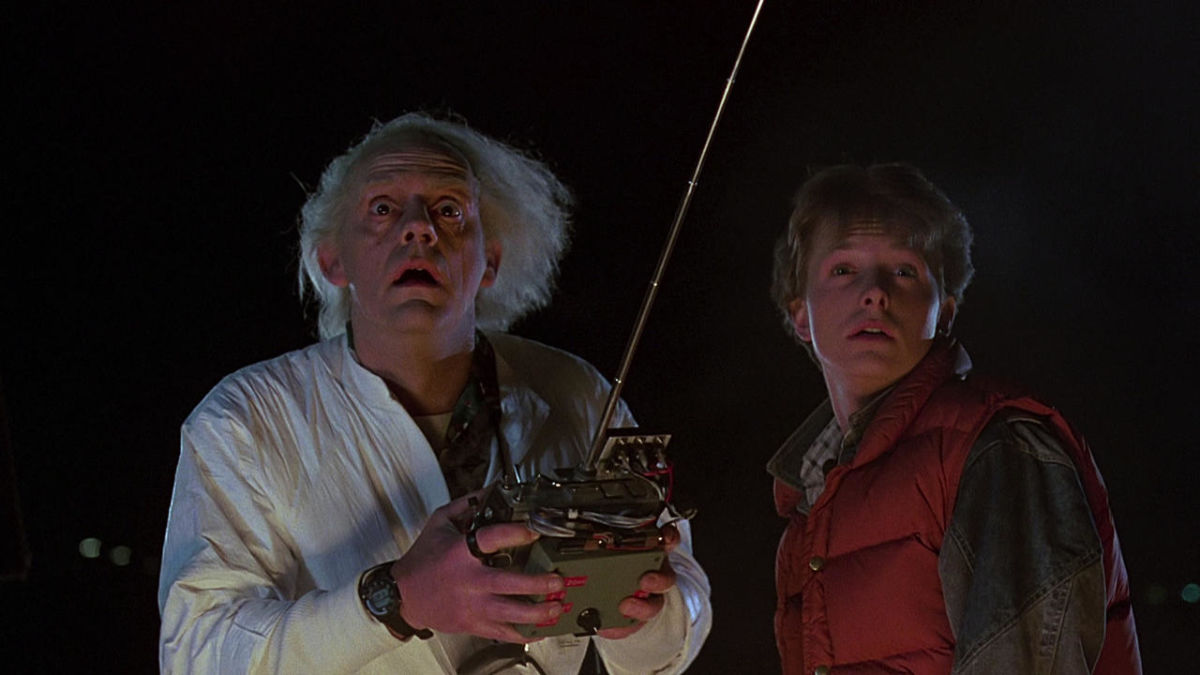 It’s a little incredible to think Back to the Future came out just one year after The Search for Spock. Lloyd was moving briskly between TV and film projects at this point. It is difficult to imagine that he thought Doc Brown would be the role that stuck with him. It is still probably the most famous Christopher Lloyd performance, although there are obviously a lot of contenders in that field.

Back to the Future owes much of its iconic status to characters, buildings, and cars. Doctor Emmett Brown is a significant part of that. It is utterly impossible to imagine this character being played by anyone but Christopher Lloyd. This is something that you notice a lot with the best Christopher Lloyd movies.

Lloyd has reprised the character a few times over the years, most notably in two Back to the Future sequels. The energy, joy, and spontaneity of Brown ensures he is welcome whenever he appears. However, it is here, in the first film, where the character shines best.

MORE MOVIES: The Best Sci-Fi Movies of All Time 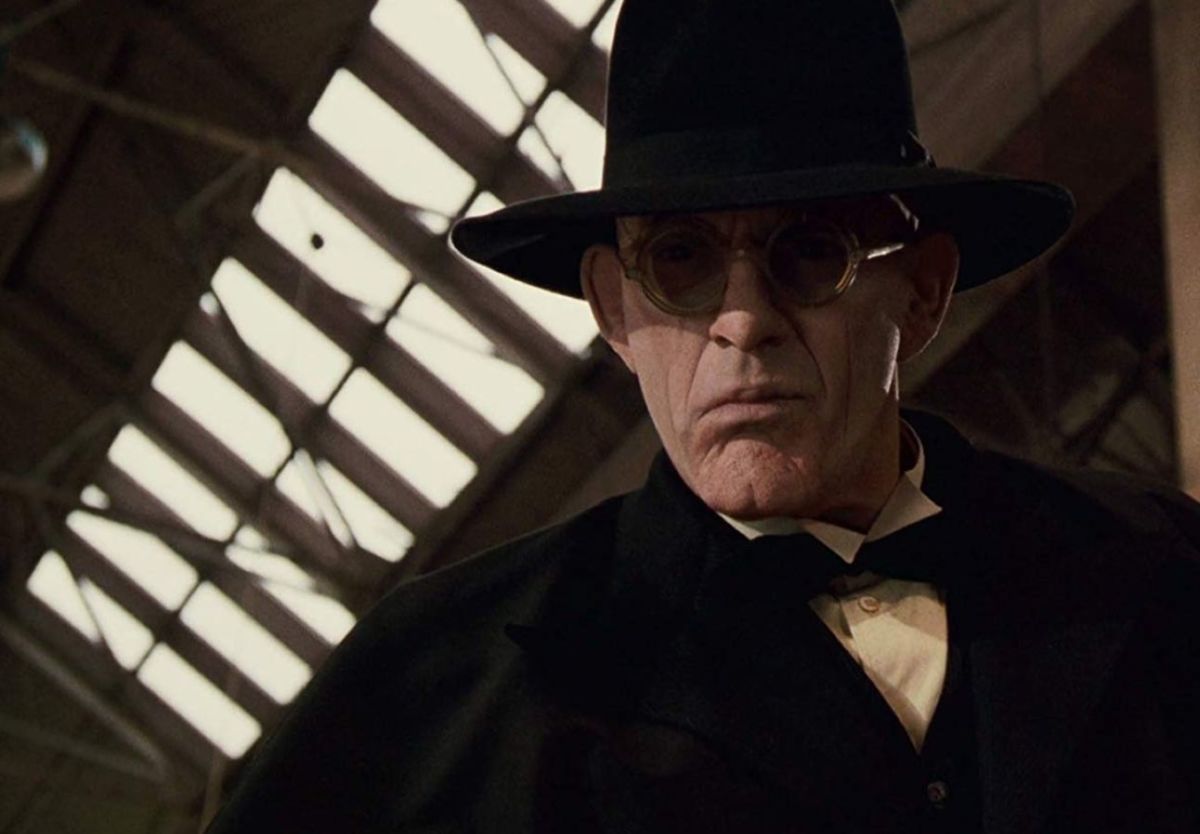 Overall, Robert Zemeckis’ Who Framed Roger Rabbit is a pretty upbeat movie. It imagines a fairly adult world where cartoon characters and humans live side by side. There is murder, people on hard times, drinking, and other staples of a detective noir story. Yet for all of those elements, Who Framed Roger Rabbit is still ostensibly a kid’s movie. It was just written and directed intelligently enough to make it a hit with everyone else, as well.

Christopher Lloyd is the one element that completely changes the movie, whenever he happens to show up. As the cruel, purposeful Judge Doom, Lloyd created a character who is considerably darker and ultimately scarier than anything else in the movie. The tone changes to something altogether very sinister, particularly near the end of the film. As diverse as Christopher Lloyd’s filmography is, nothing else exists that is quite like this vicious figure of alleged justice, who harbors an even darker secret (or two). 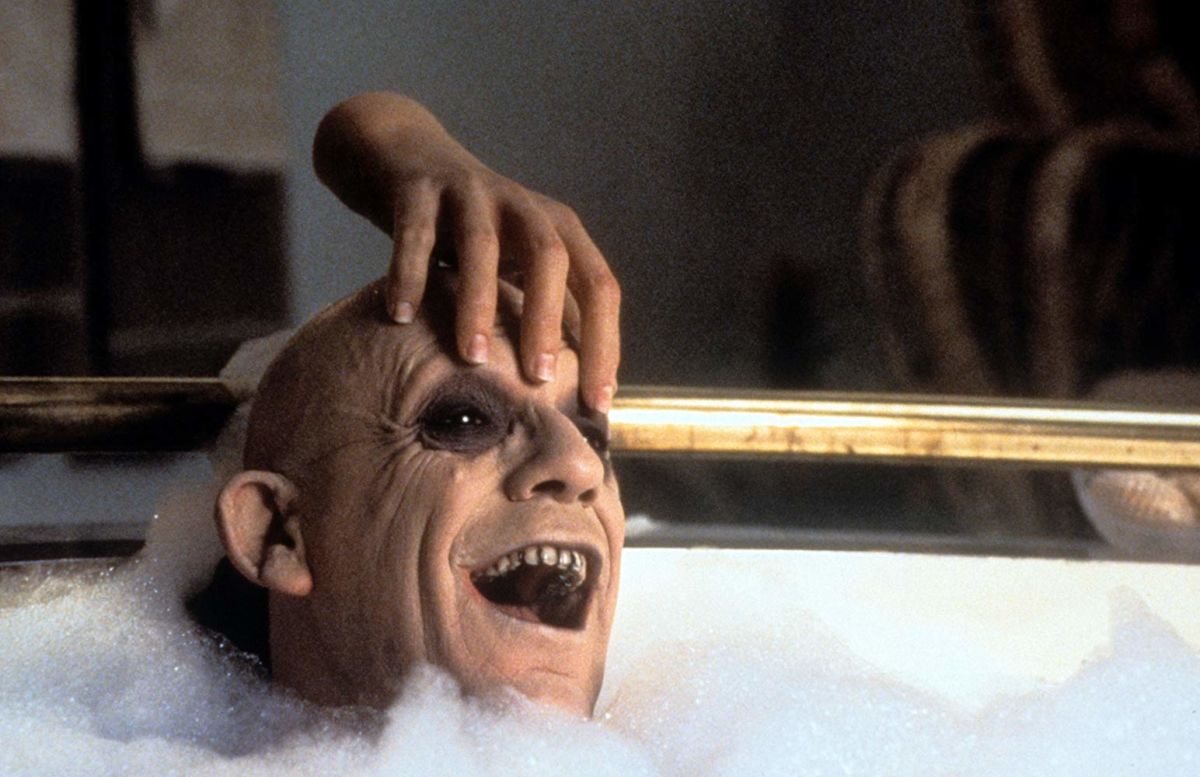 Although 1991’s The Addams Family is probably the better overall movie, Addams Family Values is a slightly better comedy showcase for Christopher Lloyd as Uncle Fester. Some of that comes from sharing scenes with another brilliant comedic actor in Joan Cusack, as a black widow serial killer who sets her eyes on the literal life and fortune of Fester (Lloyd). However, Addams Family Values is enjoyable for the opportunity to watch a character like Fester find love. Lloyd didn’t just play Fester as a lunatic buffoon. He also found ways to make the character sweet, loyal, and perhaps more eccentric than actually crazy. I guess it depends on your definition of the word.

Addams Family Values is also a good example of Lloyd’s ability to steal the show. Among a cast that included the likes of Anjelica Houston, Christina Ricci, and the late Raul Julia, you can’t help but be impressed by that. 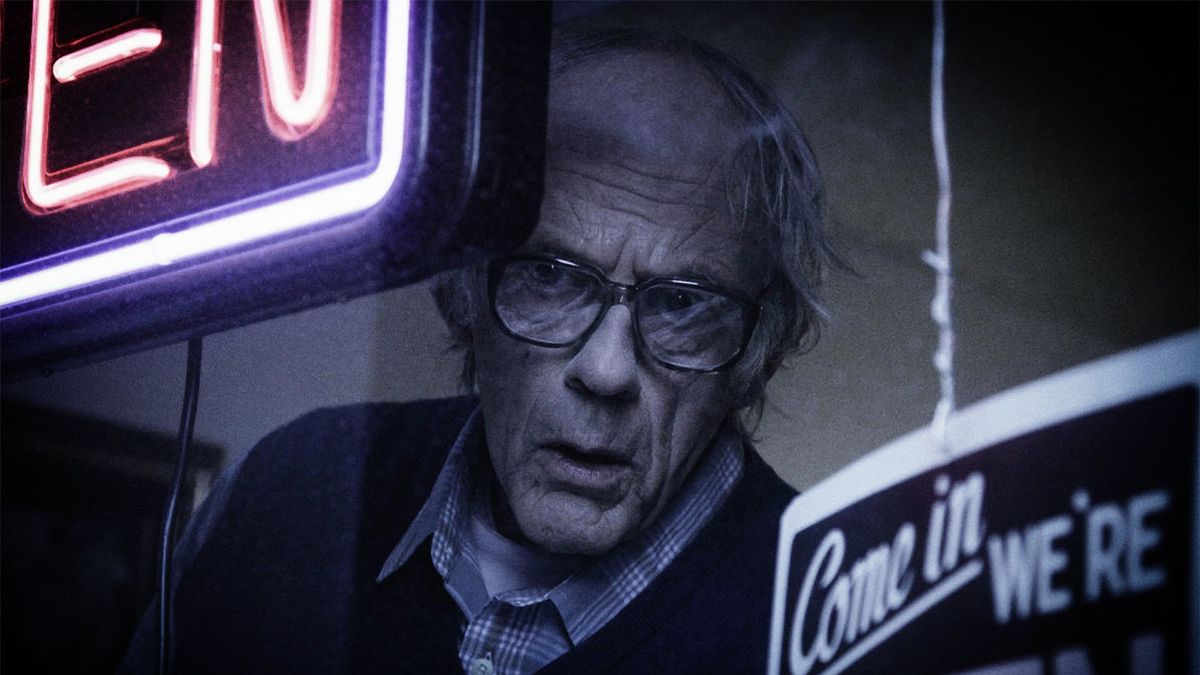 Covering the best Christopher Lloyd movies means we have to exclude a long list of worthy entries. From Eight Men Out, One Flew Over the Cuckoo’s Nest, Twenty Bucks, and Things to Do in Denver When You’re Dead, to countless appearances on television (he recently popped up on A.P. Bio, remaining as busy as ever at 80 years old), this is not a man who takes a lot of time off. Many of roles aren’t quite as high-profile as they perhaps once were, but that is hardly an indication of the work Lloyd continues to do as an actor.

I Am Not a Serial Killer is a good example. This story of a young, budding sociopath, and his eventual connection to an elderly, sinister neighbor is an excellent dark comedy, featuring excellent pacing, a clever script, and a finale that has a good chance of surprising you. Of all the appealing elements to this underrated horror gem, Christopher Lloyd as Crowley, the neighbor, is the best one of them all. Lloyd hasn’t lost a step for intensity, and for being able to focus that on a horrific, yet complex monster. Christopher Lloyd has been humanizing monsters and weird folk for a very long time. You don’t have to like Crowley. By the end, however, you may have mixed feelings about his fate.