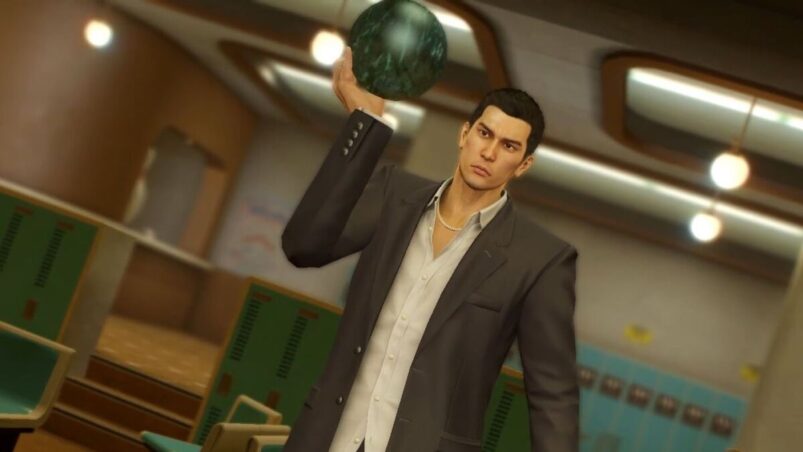 Bowling is a grand unifying experience. Most people have felt the thrill of launching a heavy ball down a lane with the hopes of knocking over the 10 pins that stand on the other end, taunting you every time your ball manages to find its way into the gutter. It’s a feeling that’s hard to replicate and imitate correctly in video games, which lack the feedback that real life bowling has in abundance, but that hasn’t stopped developers from trying to make the best bowling games possible.

Whether it’s through bonkers mechanics, interesting premises or something to add some colour to a game’s world, bowling in video games has had a long history. Granted, the amount of pure, bowling-only games out there is limited, though there are still plenty of video game bowling experiences out there. You just have to dig into other games to find them. Here’s the 10 best bowling games out there for you to gobble up. Like a turkey. Do you get it?

Perhaps one of the more infamous instances of bowling in gaming, GTA IV’s trip to the bowling alley of Memory Lanes is probably seared into the memories of most gamers, largely because Niko’s cousin Roman wouldn’t shut up about it. Every five minutes with this guy, he’s calling you up asking to either go bowling or to the local exotic dancing establishment. That kind of pestering would be enough to put most people off of bowling, but there’s a competent bowling mini-game here for players.

As a side activity for the player during the story, you can go bowling either by yourself or with one of the various secondary characters you meet on your journey to conquer Liberty City. The bowling itself isn’t exactly revolutionising the genre of throwing balls across a room, but there was that pesky achievement for getting three strikes in a row.

Truly, that was the real villain of GTA IV.

It’s a golden rule of gaming that if a sport exists, there’s a licensed video game to go along with it, and PBA Pro Bowling 2021 is bowling’s equivalent. Heck, it’s even a sequel, so clearly they’re doing something right. As you’d expect from a bowling game, you’re launching balls down the lane with the hopes of nailing that perfect score of 300, though PBA Pro Bowling 2021 also comes with a Career Mode that allows you to fully live the life of a pro bowler.

PBA comes with two control systems: arcade and simulation. Simulation is how you’d expect it to be, with the player controlling power and spin before the throw commences, while arcade allows players to control the ball as it travels down the lane. It also introduces power-up balls that give you an advantage over the competition, though these are also tied to microtransactions.

There’s a reason this is lower down on the list.

Crazy Strike Bowling: EX is possibly the best name for a bowling game that’s ever existed, though that’s possibly because it makes the game sound like a fighting game. Regrettably, you won’t spend your time between frames throwing fireballs at your opponent, but with the colourful characters and vibrant background, you’d be forgiven for expecting it. It’s not reinventing the bowling ball, but it can be fun nonetheless.

Players choose from one of several anime inspired characters and travel to a variety of kooky environments that definitely wouldn’t support a bowling alley in real life. There’s no way 10 penguins in the Arctic are staying still long enough for you to smash a 12 pound ball into them at high speed, never mind the animal cruelty implications of doing so.

Functionally, it’s pretty similar to most other bowling games, but at least there’s no microtransactions, making it a better bowling game than some.

If you like games that go a little bit outside the box, then Flatout’s minigames were more out there than most. Typically, Flatout was a destruction derby racing game, but with the twist that if your car crashed hard enough, your driver would fly out the windshield ragdoll style. Neat gimmick on its own, but Bugbear decided to up the ante by making the ragdoll driver a featured attraction in the game’s Stunt Mode. Essentially, you’d launch the driver to complete various objectives, one of them being bowling.

The core premise remains the same, as you’re trying to knock down as many pins as possible, but the twist is that the speed and angle of your car during the run up are what control your outcome (though you’ve got some slight control of the driver while they’re in midair too).

Future iterations in Flatout 2 and Ultimate Carnage upped the pageantry by adding fireworks and obstacles to the affair, making it one of the best bowling games going.

As far as date ideas go, bowling is practically your bread and butter.

You go out to the bowling alley, play a few frames (and embarrass yourself by being terrible at bowling), and spend a bit of time in the arcade before finishing up with a meal and a few drinks. It’s a formula that’s been around for decades, but to see that date idea being turned into a video game of its own is unique, if nothing else.

That’s the premise of Date Night Bowling, which sees you pick your character and your date from a roster of 10 characters, before heading out to the alley to see if you can find the spark. The bowling action is solid, but Date Night Bowling captures the other aspects of going bowling too, like the dialogue between frames and the different activities you’ll get up to in order to spice up your date, making it quite the well rounded experience.

Those who’ve played the Yakuza series will already know that the franchise is filled to the brim with minigames and additional content. Not all of it hits the mark, but a consistent high point whenever it’s featured is the bowling minigame. It’s a pretty standard bowling game, with direction, power and spin all controlled in the same way it is in most controller based bowling games, but you’ve got some additional control in choosing the weight of your ball too.

While the minigame has appeared in most games in the Yakuza timeline pre-Yakuza 6, the Yakuza 0 variant is arguably the most memorable and enjoyable. Perhaps that’s because there’s an in-game challenge to score a turkey, which doing so helps you unlock a rooster called Nugget who can be assigned as a manager for your real estate business.

Yakuza is an odd series, but strangely enough, it’s inclusions like bowling that help ground the game in reality, before that reality is promptly shattered for a laugh.

Fighting games love to mess around with minigames, and Tekken is no exception. Tekken Force turned the game into a beat ‘em up, while Tekken Ball absolutely deserves to make a comeback as soon as possible. However, the most iconic minigame in Tekken history is Tekken Bowl, which has appeared in multiple Tekken games and was popular enough to have been turned into its own free, standalone app back in 2011. Say what you want about Mortal Kombat: Armageddon’s Kart Kombat, but it never got that level of treatment.

Tekken Bowl’s gameplay isn’t too dissimilar from other bowling games, as you control spin, direction and power before going for your throw, but if you put too much power behind it, your character will be launched headfirst down the lane like something out of Jackass. It’s a novelty mode designed to appeal to a certain spectacle: watching glowing eyed demons care about the fact their ball fell in the gutter.

It’s as silly as modes get, but Tekken Bowl should still be considered one of the best bowling games ever made. Without a doubt, the best version is Tekken 7’s Ultimate Tekken Bowl, but it was only available via DLC.

The monkeys are already in balls, so Super Monkey Ball was halfway towards a bowling game anyway, but SEGA went that extra step to make bowling an additional game mode with SMB’s Party Game roster. Between classics like Monkey Fight, Monkey Target and Monkey Race, Monkey Bowling might seem like a bit more of a lowkey affair, but there’s an argument to be made that Monkey Bowling is the best minigame of the lot.

Players control their direction, spin and power before launching their ball towards the pins at high speed, which sounds pretty much like every other bowling game ever made. The true value of Super Monkey Ball’s bowling is the party game element, encouraging you to play against your friends even if you’ve only got the one controller. On top of that, the special mode changed the shape of the lanes to add even more difficulty, and there was a challenge mode where you tried to complete difficult shots like the 7-10 split.

For a mini-game, SMB’s bowling was about as feature complete as it gets.

If you want a clue as to why Premium Bowling should be considered one of the best bowling games ever made, the clue is in the title: it’s called Premium Bowling.

As far as video game bowling goes, this is a premium experience exemplified by the fact that the game comes into its own as a VR multiplayer title. Once you’ve got a headset on, Premium Bowling is about as close as it gets to actually bowling for real, without the danger of tweaking your wrist after throwing heavy balls for two hours.

As a bowling game, there’s no fancy power-ups or modifiers to deal with, as Premium Bowling is simply a highly refined physics-based simulation of bowling, but there’s plenty to sink your teeth into when it comes to avatars and ball creation to allow you to put your personal touch on things. With support for online play between friends, along with the ability to play without VR, Premium Bowling is a great alternative when you can’t get everyone together to meet in real life.

It couldn’t be anything else, really. If you were asked to name a bowling video game of some kind, it’s pretty likely that your mind would immediately travel to Nintendo’s Wii Sports, the collection of motion controlled sports games that came bundled with every Nintendo Wii console. While Tennis, Golf and Boxing are also beloved, the Bowling minigame is still the most fondly remembered aspect of Wii Sports.

There’s something satisfying and incredibly rewarding about using accurate motion controls to bowling instead of pressing a few buttons and hoping for a strike. Sure, motion controls can feel gimmicky after a while, but there’s a lot more unpredictability and fun involved with Wii Sports Bowling.

If nothing else, Wii Sports Bowling is worthy of the title of best bowling game just because of the graphic that pops up when you get a strike. Precious memories.

READ NEXT: Ranking the Evil Dead Games From Worst To Best