Battlefield 1 is Set During World War I, Coming This October 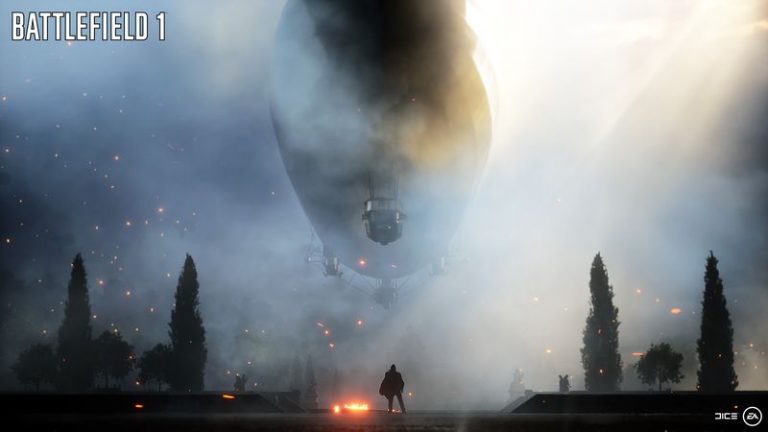 So the leaks are true, Dice is taking Battlefield to WWI.

In the first main Battlefield since number 4, Battlefield 1, set in World War I, will have locales including Italian Alps and Arabian Deserts and will focus on the intensity and gritty nature of the war.

Vehicles featured in the trailer include bi-planes, tanks, boats, horses, and zeppelins. The latter of which I really hope it controllable. The trailer also showed off trench warfare, cavalry charges and brutal melee kills. Weapons are the standard Battlefield showcase, with the inclusion of melee weapons; clubs, shovels and bayonets being mentioned.

After the reveal, Dice members gave us slightly more information, the campaign is this time giving us several different perspectives of the Great War, we’ve had something like that before with previous Battlefield games, but this seems to be more investment in a few characters rather than a mission featuring a new person. I await to see if this will be an improvement in story over the last few games.

Changes to multiplayer include squad persistency (taking your teammates with you into different servers), further weapon customisation (yet to be detailed), gas/gas masks (another addition to the roster of gadgets) and separate physicality with each vehicle (controls for one tank may not apply for another, giving players more to learn). Maybe people will be able to find their niche on the battlefield.

More information will be shown in the coming months with the game being playable at E3. The release for pre-orders is October 18th and standard worldwide release is 21st October.