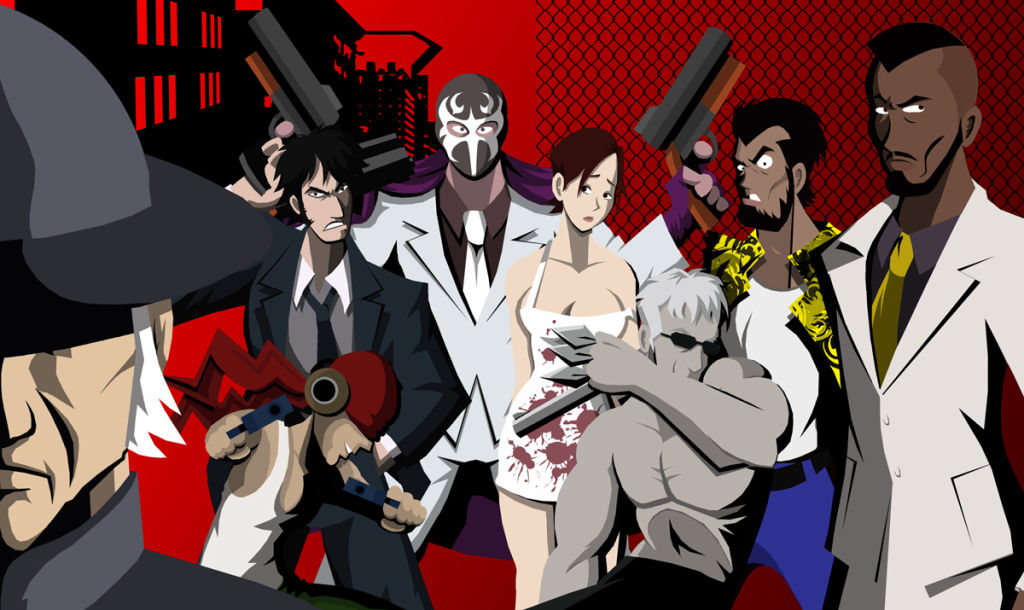 The world is a very lonely place if you love Killer7. It’s like going to a festival to watch your favourite band and you’re the only one there. Major buzzkill. 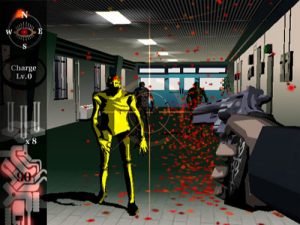 Despite the social exclusion, my love for Killer7 endures. Only one other person I know played (and to be fair, liked) it, but he lives in a different city now so we don’t get to hang out and talk about it. There’s a bunch of fan sites on the Internet, but they haven’t been updated for years. Fewer and fewer people seem to care about this game with each passing day, so it’s up to me to keep the flame burning. 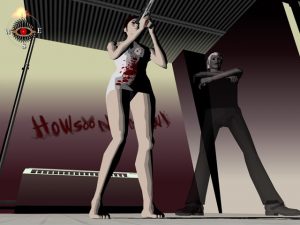 Killer7 was released for the Gamecube and PlayStation 2 in 2005. I bought the Gamecube version the weekend it came out (I’d been tracking its progress through magazines and websites for ages like the stalky nerd I am) and spent the next two weeks glued to it. I suppose it’s only fair that you’d like to know what kind of game Killer7 is, and that’s where things start to get a bit tricky, as the game is so bloody weird that it defies easy categorization.

Ostensibly, it’s a mixture of exploration, puzzle solving and slightly clunky first-person shooting set in a surreal, anime-influenced world full of sharp, ugly acid-drenched colours and bizarre sound effects. If David Lynch lived in Tokyo for a year, and made a video game about it, Killer7 is what he would come up with. The game is every bit as awesome as that sounds.

The “plot” such as it is, sees you controlling the seven split personalities of master assassin Harman Smith in order to defeat the Heaven Smile, a nightmarish terrorist organisation comprised of awful grinning demon thingies who emit a horrific cackle before suicide-bombing themselves all over the place. The story is needlessly complicated and punctuated regularly with WTF moments. It frequently makes no sense. The gameplay, while fun, can be awkward. So why do I love this game so much? I love it because it is like nothing else before or since. Everything about it, from the graphics to the audio down to the control scheme itself, was designed with the intention of creating something totally fresh and different. There are sights and sounds in this game that I haven’t seen anywhere else, as each of those sights and sounds was precision-engineered to fit the look and feel of the game down to a tee. The whole thing feels more like an arthouse movie than an actual video game, and this is why I love it. 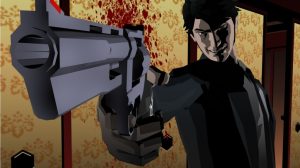 Were it released now, Killer7 would most likely be a low-cost niche title for smartphones and tablets but back in the day it was a big-budget landmark title for two of the most popular consoles available, released through a major publisher. It’s unthinkable that such a willfully unconventional title would get such top billing in 2014, when everything is a copy of everything else and we live in one of the most creatively stagnant eras humanity as ever witnessed.

The world needs more games like Killer7; games that take risks and play with expectations and conventional thinking, it’s just a shame virtually no-one went and bought the thing. My copy still sits on my shelf with pride as a crown jewel. Go and find this game and expose yourself to something different.