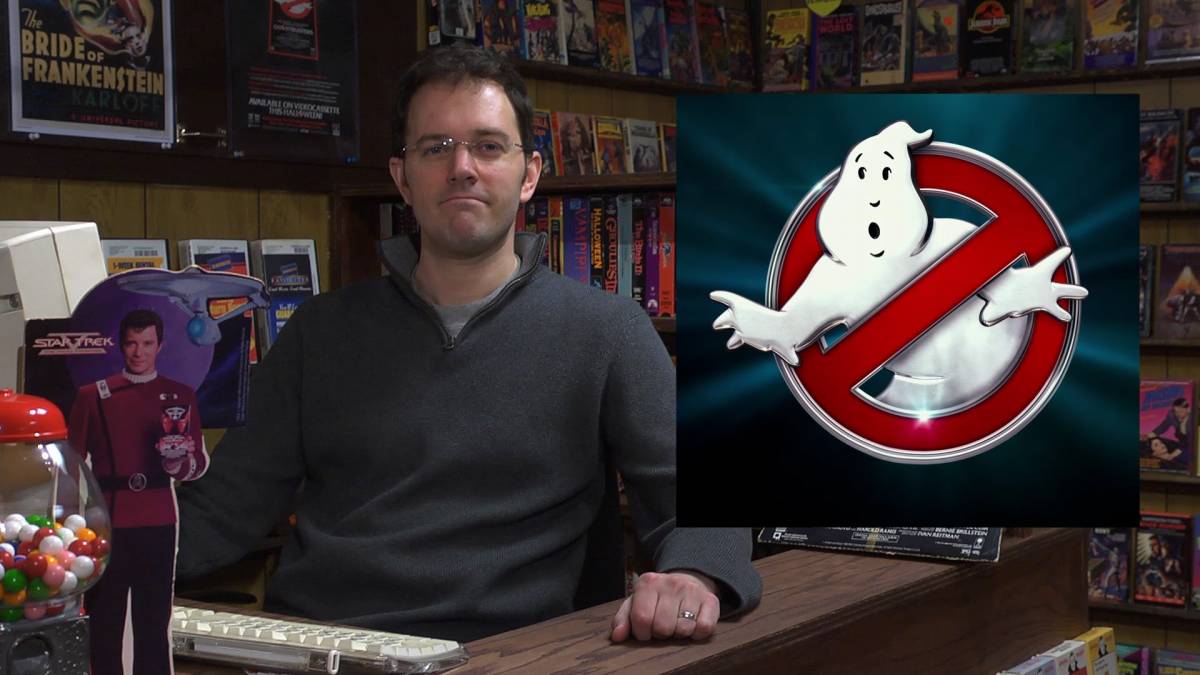 In this echo chamber of endless opinions and outright dickery that some of us like to call home, or the internet, the way you say anything can be misinterpreted and fed back to you in the form of a bazooka before you know what’s happened.

It’s as if modern online media has its finger itching to pull the trigger on almost anything, eager to tell you why fans are “outraged and disgusted” when their only evidence is a handful of tweets, how something “will shock you” when it’s really quite mild, why we all need to band together against an invisible threat that’s invisible because, well, it isn’t really there.

One person who’s fallen afoul of this cycle of ragemongering is James Rolfe, who you might know as the Angry Video Game Nerd of Cinemassarce. Rolfe’s one of the pillars of YouTube; he’s been through most of the trends and drama over many years and has remained largely unscathed, still as popular and respected as ever. Back in May of this year, he took to his channel to explain why he won’t be covering the new Ghostbusters movie.

Fairly innocuous stuff. He doesn’t mention anything controversial, doesn’t align himself with either side of the feminism/misogyny debate that has made online bystanders very weary, and casually states that he doesn’t want to invest his time and money into watching something that he feels is piggybacking off the name of a franchise.

No harm there, right? That isn’t the way online media saw it.

Here’s how Fansided, a website that’s supposed to be about sports, covered the video:

“Right off the bat, Rolfe shows that he was probably one of the thousands of salty fans that made the 2016 Ghostbusters trailer one of the most disliked movie trailers in YouTube history.”

Right off the bat, this writer is contradicting something he says in his conclusion.

“…if those things rub you the wrong way, or make you want to get on Twitter and unleash poorly-spelled fury on the filmmakers, then maybe you should follow Rolfe’s example and just skip the movie.”

“Don’t want to watch this film? Be dumb like Rolfe, the big, dumb sexist dumbhead!”

The Daily Dot decided to go straight in with what is basically cyberbullying and name-calling, because journalism:

“In times of great turmoil, we look to solitary leaders to forge a path through the fire—leaders like 35-year-old gamer James Rolfe, whose name will echo down through centuries because he took a courageous stand.”

Sarcastically implying that AVGN’s work and lifestyle is meaningless, nice.

“So kudos, Rolfe, for using the proton pack of your steely logic and unwavering bias to blast this movie to smithereens. You’re a knight in gray zip-up sweater armor. You have saved us from the 2016 Ghostbusters.“

It’s one man’s opinion, nothing more, nothing less, and one he is allowed to voice, just as I am allowed to have the opinion that these writers are being paid to, and I hope this is a trend you’re noticing, bully.

This last one from Death & Taxes, a website that has become the manifestation of used, bargain value toilet paper in recent times, was outright disrespectful, distasteful, and, yeah, bullying.

“Granted, most of those words describe how this 35-year-old man looks like he’s sitting in a wet diaper.”

“It’s probably time for angry nerds who blame reboots for ruining their childhoods to ask themselves if they ever actually grew up in the first place.“

…to spew this bile.

There are others, but after a while of trawling through them, I realised I may as well just go and copy and paste the comments section of a Mail Online article and it would still be less judgemental and vindictive than what these “professionals” have written.

What did Rolfe do? Did he reel off a bunch of infuriated tweets? Make a reaction video? Base his content on the Ghostbusters backlash for some sweet clicks? No, he did exactly what he said he would do: not talk about Ghostbusters. He continued to do what he loved – covering nerd culture in the same way he has done for over ten years.

In an age where a lot of us rush to our keyboards to stir up some rage, the inaction from Rolfe is an example that many should follow. By sticking by his (completely relaxed and non-sexist) guns, James Rolfe and his AVGN character made many few fans and proved that what our parents taught us is true – ignore the bullies and they will go away.