Home
Books
BBC’s Around The World In 80 Days: How Stories Evolve In The Retelling
TV
·5 min read

BBC’s Around The World In 80 Days: How Stories Evolve In The Retelling

This is a "make your own mind up" sort of show. 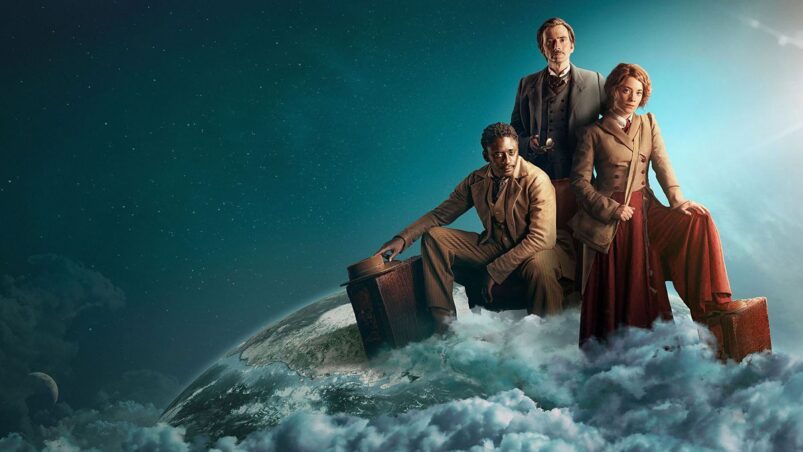 Around The World In 80 Days

The first reason I mention it is because no one, in the history of the world, has cared that Around The World In 80 Days now has to feature a hot air balloon. Even I don’t care, despite the paragraph I just wrote. The reason I seem so hung up on the balloon – the second reason I mention it at all – is because it’s a perfect example of how stories change in the retelling. And that’s okay. Stories evolve, all the time. Old stories are told again and again, over and over, and they change depending on who is telling them and why they’re doing it. That is the nature of stories.

That’s not to say that the retelling is always good. Sometimes they’re bad. But I don’tthink that the BBC’s new Around The World In 80 Days is in that category. After I binged the whole thing, I did what any terminally online person does and went to see what everyone else was saying about it. Imagine my surprise when I found that there’s a sizeable group of people who are actively shooting it down; at the time of writing, it’s suffering from a very unfair 6.7/10 on IMDB. Rotten Tomatoes is being a bit kinder, but not by much.

Too many of the critical comments seem to me thinly disguised outrage that the production should include a black actor and a woman in the main trio of actors, or that it should try and comment on social issues relevant both to the time it’s set in and to us today. I say these are thinly disguised, because many of the same commenters are attempting to hide behind opinions that the book is better, and the story doesn’t follow the book. I’m not calling everyone who doesn’t like this production out for having a problem with Ibrahim Koma and Leonie Benesch, or a problem with the comments about race and sexism the show is making, because some of the critical reviews are definitely fair. But I’m also just saying that I don’t see anyone complaining about the hot air balloon, and that wasn’t in the original story either.

As for comments that the book is better, that argument I can take issue with. Although I will agree that Jules Verne’s story is fun in its way, there is no way that anyone can argue it is more interesting than this eight-episode romp. The book consists of, sometimes for many pages, eye watering details on the schedules of trains that Phileas Fogg is going to catch. Almost every time something interesting is going to happen, it happens off the page. In the middle of the US, towards the end of their journey, Fogg’s valet is kidnapped, and Fogg goes off to rescue him – leaving the reader at a small provincial train station with Inspector Fix, the most boring character in the whole book.

With all this in mind, I can confirm that yes – this TV show doesn’t follow the book. It couldn’t possibly. Do you know what else doesn’t follow the book? Almost every film and TV version made of this story. The novel of Around The World In 80 Days has been a template for many versions, all of them different, and all of them fantastic in some ways – and not so fantastic in others.

So what does this version of Around The World In 80 Days do well? For me, most importantly of all, it gives us real characters. In the book, the only character with any real personality is Passepartout, Fogg’s passionate and kindly valet. Fogg himself is aloof to the point of coldness, emotionally unavailable to the people around him and to the reader, for the most part. We never once get an insight into what he’s thinking right up until the last half dozen pages. This is presented as a good and admirable thing by Verne, but all it does is make the character boring. He decides to take the challenge of travelling around the world for no real reason other than he can, and then he proceeds to note it all down in his journal and spend absolutely no time enjoying the parts of the world he is visiting.

In this version of the story, the characters are the real triumph. David Tennant plays a Fogg who is still emotionally constipated, a Victorian man with many Victorian values. But, as many people do when their eyes are opened to the world, he learns and he adapts and he grows. He isn’t the same man at the end of the story, and isn’t that the whole point of taking a journey?

Koma’s Passepartout is still that passionate, kindly man, but he’s also given a backstory that makes him interesting and also flawed, as any good character should be. Benesch’s Abigail Fix, a journalist added to the story in the place of the inspector from the novel, completes the trio as a young woman hungry for adventure. She has as much learning to do as Fogg does, and she gets on and does it – just as you’d expect from someone on a lifechanging adventure. The trio of Fogg, Passepartout and Fix are the heart of this version of the story and they are brilliant. They argue, laugh, make mistakes, grow, and apologise, and they come out of it stronger than they were before.

I’m not saying, by the way, that this new version of the story is flawless, as eight episodes were probably two too many. I could have done without quite so many scenes back in the dreary London gentlemen’s club. I think that, for the most part, the scenes in Paris were just a bit much – there were other ways of establishing Passepartout’s character that didn’t need to be so glaringly Les Miserables-esque. I’d probably have cut half the scenes in Hong Kong too, especially most of the ones involving the governor. There are some narrative beats that don’t quite make sense, and I’m undecided on how I feel about a few of the scenes in small-town America.

So it isn’t perfect, because nothing is. But if a story is retold, then it should ideally have something new to say – and this version of Around The World In 80 Days certainly does. By giving the characters time to grow, and real motives with real stakes, it makes the story remarkably human in a way that other versions haven’t been.

If you’re looking for an Around The World In 80 Days that is a non-stop race across the world, there are plenty of versions you can watch, and they all have their place. But if you enjoy character-based drama packed with highs and lows, then this version of the story now exists for you, and should be judged on its many merits.

And you know, just in case it’s a deal breaker for you – this version has the hot air balloon too.

READ NEXT: The Book Of Boba Fett Needs To Reckon With Its Hero’s Imperial Past