Fumbling in the dark. 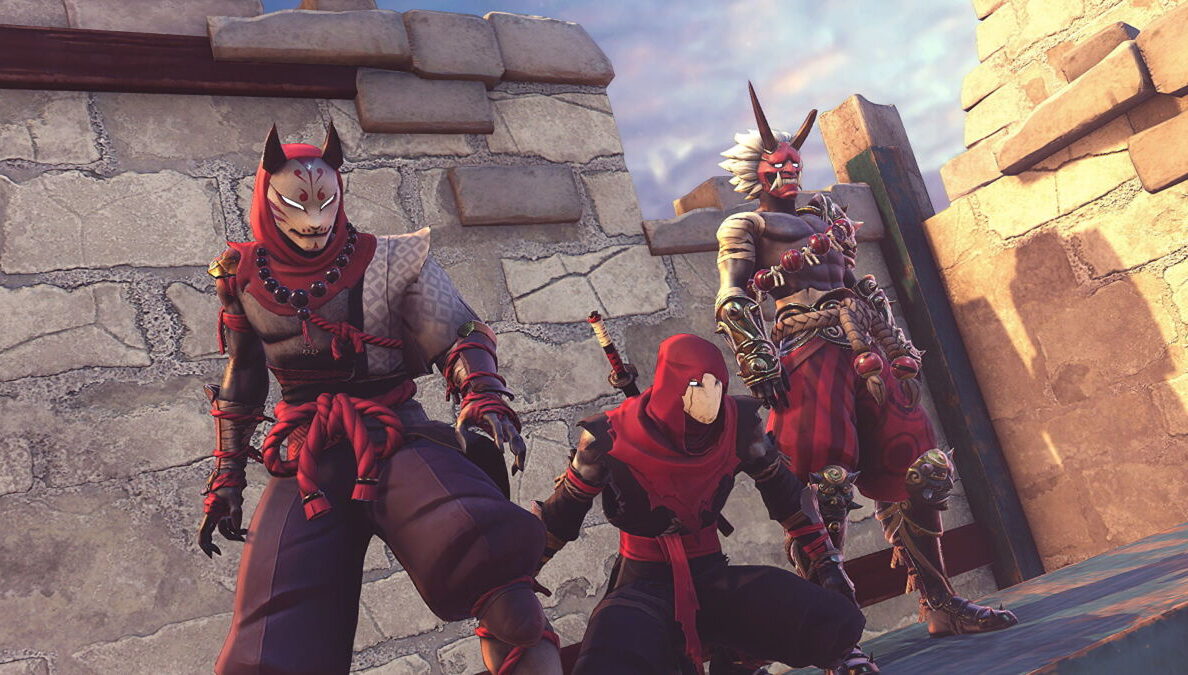 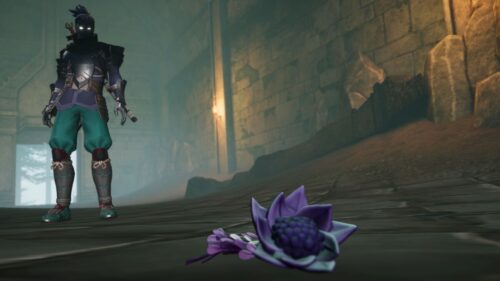 We’ve all had the same dreams of being a ninja: a mask to hide our faces, a headband tied tightly across our foreheads, and the dark of the night concealing us in shadow as we slink across rooftops in demand of a righteous cause. The first Aragami tapped into this feeling with its surprisingly authentic stealth experience, but it only ever felt like scratching the surface of that dream — Aragami 2 strives to grant us the full ninja experience. By changing the gameplay loop, adding in loads of customization options, and increasing the scale of the previous game fivefold, developer Lince Works hopes to finally fulfill that childhood dream and put us all in the shoes of our own sneaky boys.

Playing as an Aragami, one of many fragmented souls thriving to be whole again, you’re tasked with discovering the secret behind the Aragami spirits’ solemn curse of immortality and constant decay. You’ll sneak through over 50 missions consisting of eavesdropping, sabotage, assassination contracts, and every other kind of stealth objective you can imagine. Each mission rewards you with a new skill or cosmetic item to craft a style of ninja that is entirely your own. On paper, and even sometimes in practice, Aragami 2 has a pretty solid concept for what the best kind of ninja game should be. Its problem lies in the execution (pun intended).

Presentation is a large hurdle to overcome in Aragami 2. Cutscenes are janky, stilted, and poorly acted with little to no thought given to drama, camera work, or even action in most cases. The few characters that don’t wear masks have no lip synching to speak of and clipping issues are abundant. The charming but low-budget cel shaded art style of the original game has been swapped out for a more sterile appearance, featuring low detail textures making up the environments and an abundance of reused assets. That’s not to say the game can’t look great, especially in motion. Despite the poor cutscene animations, gameplay animations are stellar in Aragami 2. Takedowns are visceral and satisfying, enemies broadcast their movements with believable weight, and the trail of smoke each time you dash makes deftly navigating through Aragami 2’s increasingly complex sandboxes feel particularly ninja-esque.

Rather than carry on with the linear nature of the first game, Aragami 2 opts for an open-ended mission-based design with a hub level connected to 10 sizable environments, ranging from small villages to a large town surrounding a massive castle. Learning the intricacies of each level and finding each risky but rewarding route to your objective is a welcome change of pace from the original game’s very puzzle-like stealth gameplay. There’s a certain language to the level design that just makes sense the more you explore each corner of its expansive levels. Every facet of gameplay has seen a massive overhaul from the first.

The controls provide a deep and fast paced moveset as you learn to navigate from rooftops to tall grass to the ever-present waist high cover. Whether double jumping into an air dash, vaulting over walls, or backing up to a corner to strike at an approaching enemy, movement in Aragami 2 is a treat. While shadows don’t make you practically invisible as they did before (at least not until the endgame), they do help to obscure your movement between more tangible cover locations and still give your ninja the series’ distinct white outline. Enemies can hear you, be scared by you, and most importantly, spot you if you’re being less than covert.

In the instances in which your sneaking just isn’t sneaky enough, the newly added combat system is serviceable when it comes time to cut down your enemies from the front rather than from behind. It’s definitely not recommended, as two or more enemies can easily overwhelm you, but it’s nice that being discovered isn’t an instant game over anymore. You even have the option to end each combat encounter with a non-lethal takedown so that getting caught doesn’t make you a murderer like in so many other stealth games.

For playing through each mission and finding its plenitude of collectibles, Aragami 2 rewards you with skill points, money, and armor sets. The skill tree starts off with strong abilities like invisibility and an enemy luring whistle, and it never lets up from there, providing quality upgrades that fit every playstyle. Money is used to purchase clothing, dyes, and stat modifying essence runes. Armor sets are purely cosmetic, and despite the rest of the game’s visual shortcomings, the clothing in this game is definitely not one of them. Even as the missions grow increasingly drawn-out and repetitive, the constant stream of cosmetics and upgrades keeps the game feeling fresh all the way up until the credits roll.

Unfortunately, reaching those credits is dampened by the game’s many technical issues. Broken “hold to interact” buttons, texture pop in, and screen tearing issues are a constant nuisance in Aragami 2 that make the game look and play worse, while falling through floors and phasing through walls are less common, but have the heartbreaking potential to kill your run, which can take up to 15 minutes if playing alone even with your best and most optimized parkour. In my time with the co-op multiplayer, bugs had twice the chance of cropping up.

Being unable to move bodies out of sight is a common occurrence, animations fall out of sync and break regardless of connection quality, and collision checks fail more than they ever did when I was playing alone, leading to more than one instance of falling straight through solid ground. Considering the game appears to be designed around multiplayer, lack of a pause button and all, it’s disappointing that the worst way to play the game at the moment is with friends.

Aragami 2 is a cool video game. It’s not that hard to screw up making literal shadow ninjas rad as hell, and with slick animation work, detailed cosmetics, and a really fun stealth action gameplay loop, Lince Works has the potential for a banger on their hands. However, with the multitude of bugs, dull art style choices, and an overall lack of polish and optimization, it’s hard to recommend, at least at full price.

A code for Aragami 2 was provided by PR for the purposes of this review. 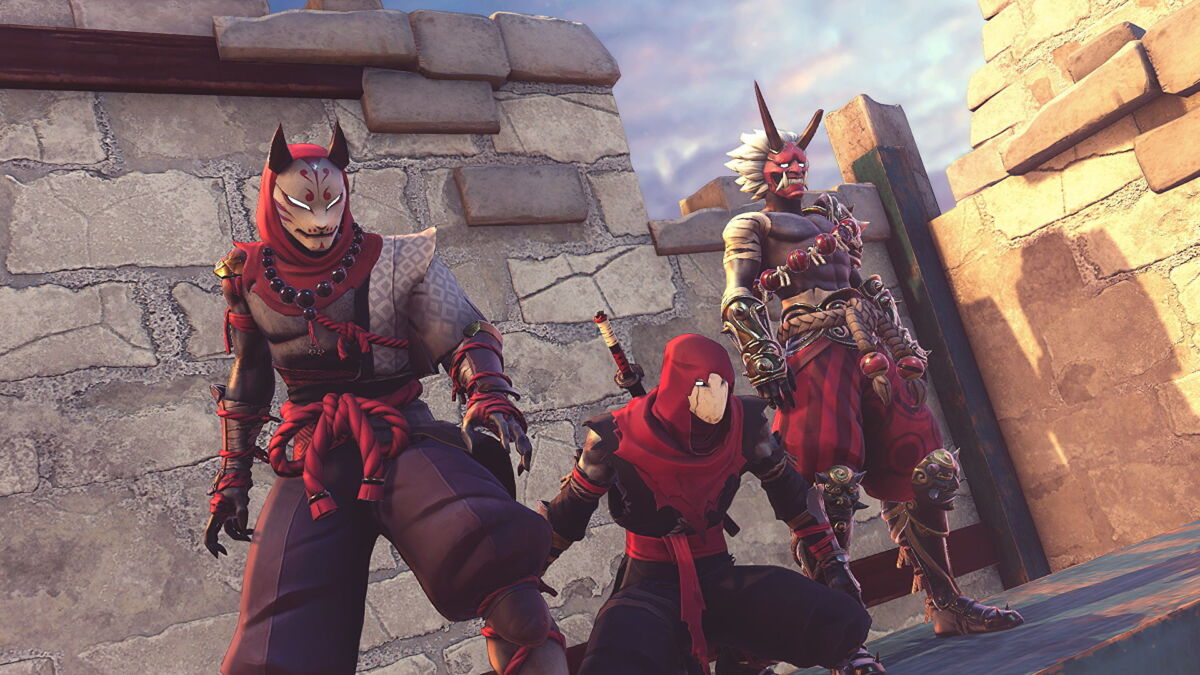 Verdict
Aragami 2’s persistent bugs, technical issues, and a lackluster presentation bog down what can otherwise be a fun and intricate stealth action game.
6.5
Cultured Vultures is a pop culture website established in 2013 covering all things gaming, movies, and more. We eat your words.
All The News On The Biggest Games