Home
TV
Anne With An E: A Lesson On Empathy That Deserves To Be Saved
TV
·5 min read

Anne With An E: A Lesson On Empathy That Deserves To Be Saved

#RenewAnneWithAnE has been trending on Twitter several times, and here's why. 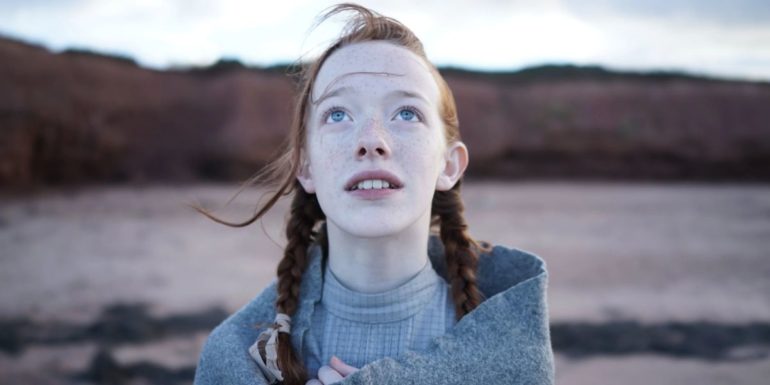 It’s not a secret anymore that Netflix has a tendency to cancel their show after two or three seasons regardless of how critically acclaimed they might get. Though there are no official statements explaining the reason behind those cancellations, several sources have revealed that it’s generally due to increasing costs. One of the latest victims is Anne With An E, a delightful reimagining of Lucy Maud Montgomery’s classic novel Anne Of Green Gables, created by writer/producer Moira Walley-Beckett.

Anne With An E, which has built a big fanbase ever since its premiere, ran for three seasons on CBC and Netflix before it got canceled a few weeks ahead of its worldwide season three premiere. Fans were soon making efforts to save the show, vigorously promoting the #RenewAnneWithAnE hashtag on Twitter while hoping that a network will come to save the day the way Pop TV saved One Day At A Time from its devastating cancellation by Netflix last year. Of course, it’s not just the fans who are hurt by the cancellation, but also the cast and crew who had been working hard to bring their best every season, and they indeed gave us high-quality content each season. But most of all, what suffers the most is the story itself, ending abruptly while leaving several loose-ends that desperately need their fitting resolutions.

Take, for instance, the storyline involving Canada’s Indigenous Mi’kmaq people that doesn’t get its proper conclusion. In the premiere of season three, we are introduced to a Mi’kmaq family , through a young girl named Ka’Kwet who Anne befriends. At first, their storyline revolves around how marginalized they were in the Victorian era of Canada. But before long, the season takes an even darker and more serious path by diving into one of the darkest parts of Canadian history: the Indian residential school system, a network of boarding schools which was intended to give Indigenous children a formal education, but ended up becoming places of horrific abuse. Indigenous children were removed from their families and deprived of their ancestral languages, resulting in multi-generational trauma that’s even now being experienced by the victim’s families.

That harrowing depiction of abuse rarely makes an appearance on TV, but in the fourth episode of season three, ‘A Hope of Meeting You in Another World’, the show dared us to witness that buried history so we know that institutional racism has been here and is as old as history. Walley-Beckett’s intention isn’t simply to exploit the trauma of Indigenous people or to open an old wound, but rather to show us that this dark history deserves to be told and heard. But unfortunately, because of the cancellation, this storyline remains unsolved, mirroring the historical record of this tragedy that even now remains incomplete. Ka’Kwet is still stuck in school while her family is trying to do their best to free her. Their journey is far from over. And viewers want a fitting and deserving conclusion for this storyline, like perhaps a healing journey from the trauma that they have to endure, but the cancellation gets in the way. So where we could have had a progressive story about Indigenous resilience, we instead got nothing, just another bit of trauma porn without any reconciliations in the picture.

Ka’Kwet’s story is not the only thing that remains unfinished. There’s also an unresolved question hanging over Anne’s journey to finding her biological parents and extended family. Her long-awaited romantic storyline with Gilbert had also just started at the end of season three, while other supporting characters who could have had more chances to be fleshed out fully next season will never have them. But these incomplete storylines are not the only reason why Anne With An E deserves to be saved, because the show has always been more than that.

Anne With An E might begin as a coming-of-age period drama about a young orphaned girl trying to find a new family and new voice in a place that’s, at first, unkind to her. But soon, the show keeps evolving and found tons of creative ways to make Montgomery’s original source much more relevant. Through Anne’s balls-to-the-wall presence, we learn about how important it is to always have our own autonomy in pursuing something that we love. And through her way of coping from the harsh realities of her childhood with imagination, we also get to see the impact of childhood trauma on human beings.

But the most important lesson that Anne With An E teaches us is empathy. When we first meet Anne in season one, we could see that she’s not just an ordinary girl who needed the presence of a family, but also someone who is flawed, self-centered, and in need of lessons about how to fully function as a part of society. She sometimes gets pretty annoying and ignorant of those around her. But as the show goes by, she’s challenged to adapt herself, both in the Cuthbert family that adopted her, and out in the world of Green Gables that misunderstood her, because of her presence which comes out too bold and too different than the rest of her schoolmates. And her evolution throughout the show is handled earnestly and with care, confronting her with her own flaws while at the same time challenging her to be more grown-up, sensitive, and empathetic toward her surroundings without forcing her to repress the fearlessness that makes her special.

This lesson on empathy, however, is not just earned through the titular character’s journey, but also extends through every character of the show. For instance, Marilla, Anne’s adoptive mother, started off as someone who is rigid toward Anne because she didn’t know her or what she’d been through at first. But when she finally sees Anne as who she really is, an imaginative girl who wants nothing but a family, she becomes more open. It’s through these moments that the show reminds us how important it is to know other people on a personal level so that we can understand them and empathize with them.

Beyond that, Anne with an E touches on many other relevant and difficult topics. Like in season two, the show explored racism by diving into the tragic history of Trinidad slavery that is told entirely from the perspective of a black character Sebastian who’s given a nuanced storyline that allows him to be more than just a prop to develop Anne’s arc. There’s also a storyline that focuses on a character named Cole’s journey of making peace with his own sexuality as he struggles to fit in. The addition of these new characters and storylines may seem like an agenda to make the show more woke, but when we take a closer look, what Walley-Beckett has actually done here is to masterfully enlarge the show’s message on the importance of having empathy toward others, regardless of their differences.

Of course, there are other shows that have explored these same topics, but what makes Anne With An E unique, is how it’s able to reframe Montgomery’s original source, then use it to cover subjects revolving around Canadian history of the 19th century that modern TV rarely touches. And for that very reason, this show deserves to be celebrated and saved. In a time where most TV shows are competing to be culturally and politically woke by being cynical, wouldn’t it be delightful if Anne With An E, a little show that does the same thing without needing to be cynical, gets a chance to finish its story? In Anne’s words, let’s hope that our fights of saving this show will be fruitful soon, if not someday.