Alone In The Dark Could Be The Next Great Horror Revival

Spookies down in the bayou. 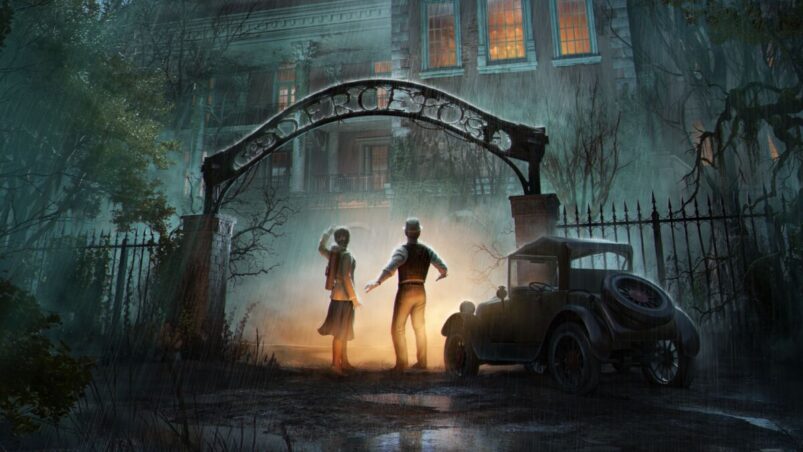 Alone In The Dark

Despite the fact that Alone In The Dark is considered the grandfather of the entire 3D horror game genre, its legacy has been overshadowed by the franchises that have come afterwards. Games like Silent Hill, Resident Evil and others have become globally recognised successes, while the Alone In The Dark series has shared the same fate as its name. Having a terrible multiplayer game didn’t help the brand’s reputation much, mind you, but that was more of a nail in an already buried coffin.

If anyone would try and restore the legacy of Alone In The Dark, it’d probably be THQ Nordic, who have built themselves up on the idea of bringing back lost franchises and IP. If a rising tide lifts all ships, then it also stands to reason that a resurrected publisher would try to revive some lost games too, and Alone In The Dark is THQ Nordic’s next attempt at video game necromancy. The results could be something special.

Developed by Pieces Interactive, Alone In The Dark is a third person horror shooter designed to be equal parts a remake and a reimagining of the horror classic from thirty years ago. Fans of the series will recognise most of the characters and general setting of the game, but Pieces Entertainment and THQ Nordic are swapping and changing some key elements to make the project a lot more ambitious in scope.

As a game, Alone In The Dark seems to be taking some cues from the games that have come afterwards, with the gameplay showcased feeling reminiscent of The Evil Within and the Resident Evil 2 remake. Players will have to contend with various disgusting monsters which have been designed by renowned monster designer Guy Davis, and you’ll even have to solve puzzles along the way. It’s about as horror game as it gets, and while it might not sound the most original, it’s great to see a legacy franchise approaching the top of its game once again.

Alone In The Dark’s plot is mostly the same in structure as the original, with Jeremy Hartwood sending a letter to his niece, Emily, describing being haunted by a dark presence. Emily then hires private investigator, Edward Carnby, to travel to Derceto Manor to uncover what’s going on. In the original version, Jeremy kills himself in order to prevent whatever dark forces that are haunting him from manifesting, but in the remake, Derceto Manor is actually an institute for the mentally ill instead of an isolated haunted mansion.

This change is part of what makes the remake a lot more ambitious, as Pieces Entertainment wanted to expand on the story and scope of Alone In The Dark. Changing Derceto Manor into a mental hospital adds a lot more in the way of NPCs and story potential to the game, while players will be exploring more of the surrounding area than just the Manor itself. The debut trailer showcases Edward and Emily exploring cemeteries, oil rigs out on the bayou and even much closer to New Orleans itself.

Speaking of New Orleans, the developers mentioned that they’re looking to explore much more of the Southern bayou gothic horror, with a doom jazz inspired soundtrack and plenty of creepy swampland to explore. Despite being set in Louisiana, the original game felt more like a straight-laced haunted mansion story, so seeing the Southern Gothic element be explored, which hasn’t really been touched in many video games until recent years, adds that extra layer of intrigue.

If you need more reasons to get excited about the game’s plot, Alone In The Dark is being penned by Mikael Hedberg, who’s responsible for the likes of Amnesia and SOMA, two highly regarded horror titles. Players will also be able to play as both Emily and Edward, and the plot will differ significantly as you experience the game from both their perspectives. NPCs will react differently, new areas will open up which are exclusive to that character and more. Fans of the horror game genre, specifically those that love Resident Evil 2, will likely find a lot to love here.

Alone In The Dark is currently in the pre-alpha stages of development, but THQ Nordic and Pieces Interactive are hoping to launch this ambitious reboot in 2023 on PC, PS5 and Xbox Series X & S. While it’s a low bar to clear for this new version of Alone In The Dark to be much better than its predecessors, we’ll have to wait and see if it can match up to more modern horror franchises.