About Fate REVIEW – An Earnest Meant To Be

About Fate proves that maybe the rom-com is having a resurgence after all. 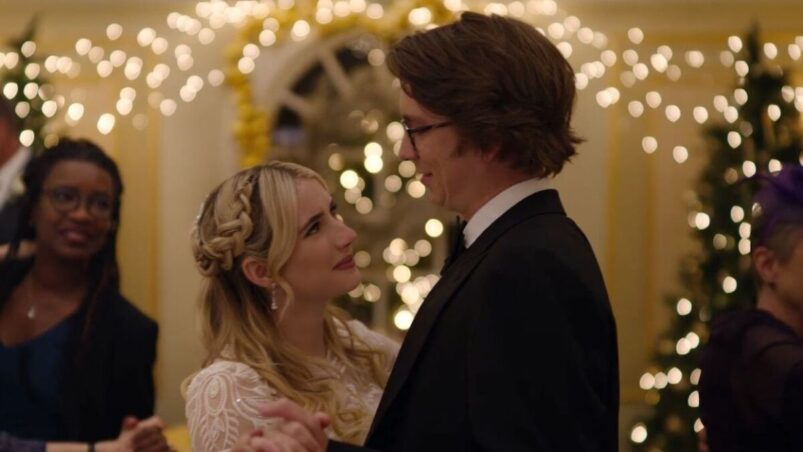 September may be a tad too early for holiday rom-coms, but hey, I can enjoy movies like The Holiday at any point in the year. I don’t make this comparison lightly, because just as I despaired of ever finding a new holiday rom-com to add to my list of staples, Marius Vaysberg’s About Fate comes along and sweeps me off my feet.

The movie begins by introducing us to our main characters Griffin (Thomas Mann) and Margot (Emma Roberts). Their apartments are almost identical, both the exterior and the interior, and we follow them as they communicate with their family and significant others. The movie frames these conversations in such a way where it seems like Griffin and Margot are having conversations with each other, even though we know they’re talking to other people. It’s a brilliant way to establish a sense of relationship even before the pair actually meet.

Griffin’s planning a proposal to his lovely influencer girlfriend Clementine (Madelaine Petsch), while Margot is expecting a proposal from her boyfriend Kip (Lewis Tan). Both of them end up at Bennigan’s on December 30th, but these proposals don’t pan out as intended. Griffin’s proposal gets interrupted by Clementine, who wants him to do it at her New Year’s Eve party instead so that all her followers can join in the fun. As for Margot, she gets dumped by Kip, and to make matters worse, her sister Carrie (Britt Robertson) is getting married tomorrow. So she’s dateless and heartbroken.

In a bizarre series of events, Griffin ends up in her apartment the following day after drinks with a bunch of friends, so she returns home to find a stranger in her bed. The whole situation is as hilarious as you’d expect, and the spark of attraction grips both Griffin and Margot. Mann and Roberts are so good together, partaking in light, quick-witted banter with each other, as well as having some measure of physical chemistry. Roberts is her usual engaging self, but it’s Mann’s performance that anchors the entire movie. His character is a nice, affable man, and he makes these qualities so endearing and attractive.

In a moment of inspiration, Margot suggests that he replace Kip as her date at the wedding, and even though Griffin should say no because of his proposal plans, he finds himself agreeing just to spend a little more time with her.

While About Fate is predictable in some ways, it’s also not. The movie takes us on a journey that’s natural to these characters, showing us their vulnerabilities in the face of love and life. Griffin was so fixated on emulating his parent’s happy married life that he forgot to get a love story of his own, while Margot’s worried that her perpetually screwed up ways will ruin any relationship she’s in. Yes, the movie’s about fate, but it’s also about choice. Fate can allow two people to run into each other repeatedly, however, nothing can happen if they aren’t brave enough to see what they could be together.

I really adore this gem of a movie, and if you’re a fan of the rom-com like I am, I’m certain you’ll love it too. 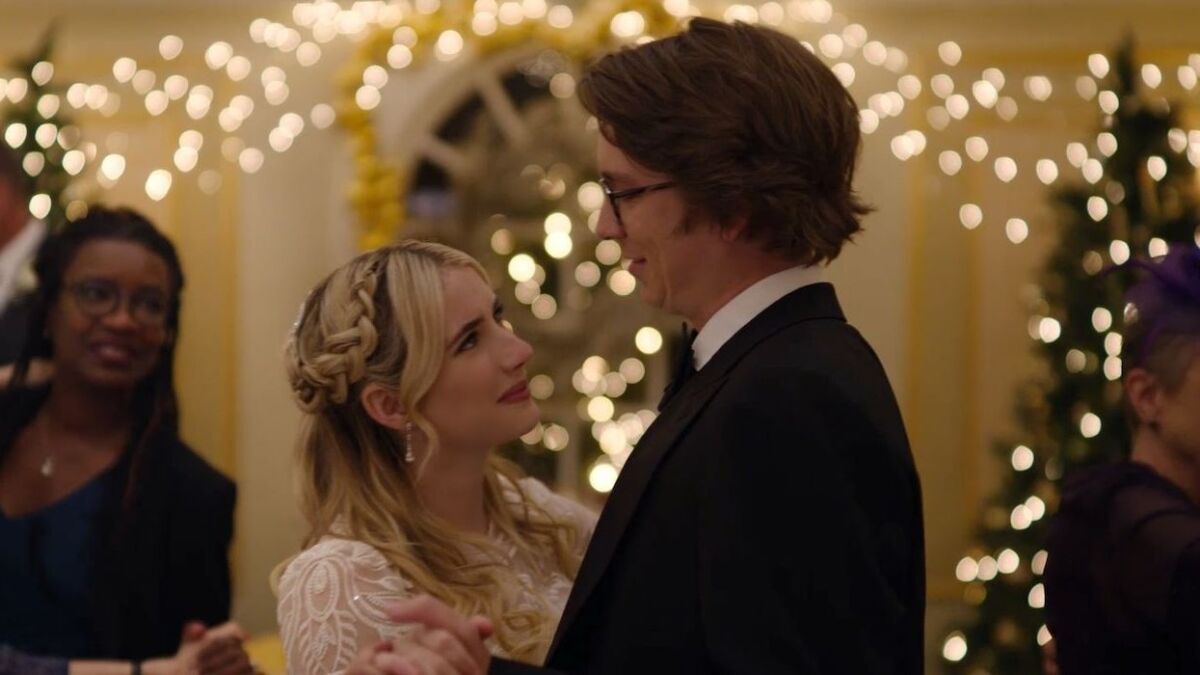 Verdict
The tragedy here is that About Fate won't have as much traction as any of those inane Netflix holiday rom-coms, when it's precisely the kind of movie we rom-com lovers deserve.
7.5
Cultured Vultures is a pop culture website established in 2013 covering all things gaming, movies, and more. We eat your words.
All The News On The Biggest Games