A Door Behind A Door: Capturing A Dream

Prepare to be a little bit disturbed - in a good way. 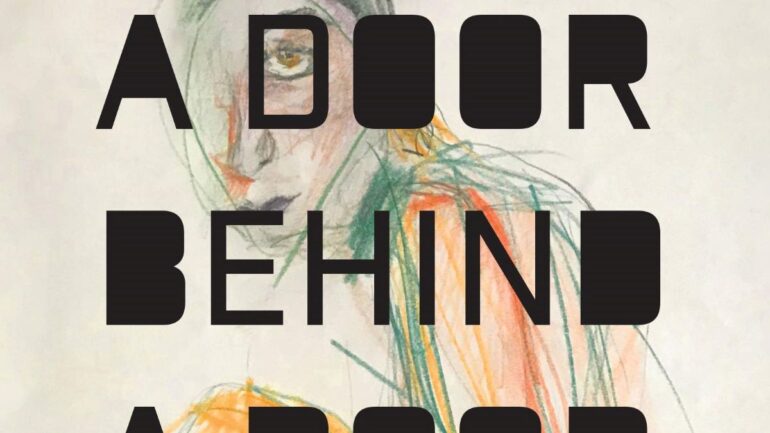 A Door Behind A Door

Yelena Moskovich’s third novel, A Door Behind A Door, is literally like nothing I’ve ever read before. The publisher, Two Dollar Radio, has a mission statement that includes ‘presenting bold works of literary merit’, and I doubt they come much bolder than this. Indie publishers really are out here doing the best work.

You know the feeling of waking up from a long and involved dream, the sort where the story was so clear as you were experiencing it, but as soon as you open your eyes, it starts to slip away from you, and you’re left with nothing more than flashes of what happened, or just a strange feeling in the back of your mind for the rest of the day? That is the closest I can come to describing what the experience of reading A Door Behind A Door is actually like, and I know that even isn’t really doing the novel justice.

Olga is a young woman who emigrated to the USA after the dissolution of the USSR in 1991. Now an adult, she meets and falls in love with Angelina, and it seems as though she is finally going to be able to settle down. When a man from her past calls her out of the blue, she’s forced into a strange underground world as she confronts her past; from a murder in her childhood all the way through to the mysterious disappearance of her brother.

Moskovich’s style is what really makes A Door Behind A Door something fresh and interesting. She writes in bursts, breaking up paragraphs and thoughts into short, bite-sized chunks, each of them titled as well as though each piece were a tiny story in its own right. It is this structure that really lends itself to the dreamlike way the novel progresses; these small parts function like threads of the dream you are trying to keep hold of once you are awake, snapshots of a bigger picture that has become blurred at the edges (and sometimes in the middle!).

Nowhere in the novel, in my opinion, does this structure seem more impressive than at the very beginning of the story, when Olga is narrating the murder that took place in her apartment building when she was only a baby. Here the events are, in fact, slightly clearer than they tend to be later on. But the small, disjointed parts of the story show that this is something Olga remembers being told as a child, in the way that we are always told stories over and over again as children, of things that happened before we could remember them. But the disjointed nature of the tale, narrated by Olga, shows also that memory is a fickle thing; she has surely heard this story a lot, but she doesn’t remember the details, or anything beyond the strong images that were once placed into her head.

In a nutshell, I have come away from A Door Behind A Door in much the same way that Olga remembers being told of that murder. There are details that I can’t remember, and passages of the novel that were downright confusing. But I don’t think I am being over generous when I say that I think they were supposed to be like that, to force the reader to slow down and digest and try to keep our tenuous grip on the narrative thread of the dream. But there are things I remember too with the utmost clarity, characters and moments and lines that took my breath away. Olga’s descriptions of Angelina are blindingly clear-eyed compared to the rest of the book, because Angelina is who she loves more than anyone. The aforementioned murder is clear in my mind, because the associated images are clear in Olga’s mind too.

A Door Behind A Door is the type of novel that will completely divide readers, but if you have any interest in experimental fiction then this should be at the top of your TBR pile.