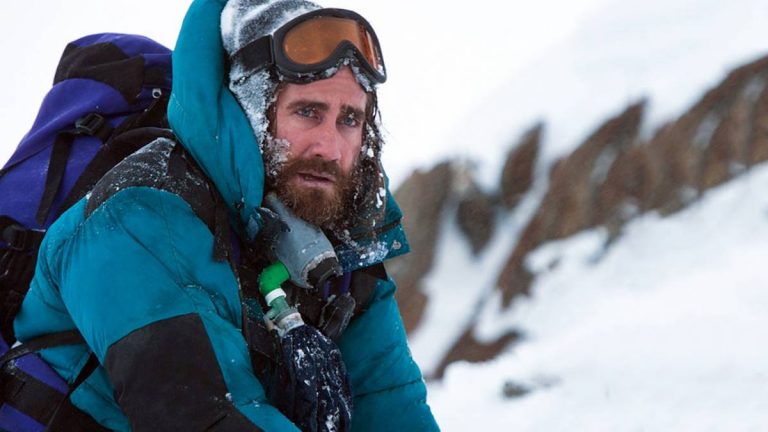 Although this summer has been disappointing with the temperamental weather and high expectations converted into disappointment, the cinematic world has been anything but disappointing. With the likes of Marvel’s simplistically titled Ant-Man, the emotional sporting film Southpaw, and John Green’s much anticipated Paper Towns all hitting the big screen over the summer period. Now creeping back into September, the month we all have to naturally dislike due to the association it has with the starting of a new academic year, we’re welcomed with a fresh new set of films to evade endless hours of work. Here are the top eight films to watch out for this September:

1. Me and Earl and the Dying Girl

This is a coming of age film, as an awkwardly social teen, Greg (Thomas Mann), is encouraged to befriend Rachel (Olivia Cooke), a girl riddled with cancer because his mother told him to rather than the expected sympathetic approach. Using his love for film making and his co-worker Earl (RJ Cyler), he subconsciously makes this ‘Dying girl’s’ possible last few days the best and worth living.

This is a tale of three children getting in touch with their family roots and staying over at their grandparent’s house in a conserved forested area, however this isn’t your average trip to your grandparent’s house. With a curfew of 9:30, the children’s curiosity grows to discover the purpose of this strict curfew, the purpose being to protect them. Old age being the designated answer given to them when asking about their grandparent’s odd behaviour (running around naked, scratching walls…you see what I mean by odd right?), their curiosity only grows until their safety is put into danger. So next time your grandmas baking you cookies, be grateful that she doesn’t ask you to go in the oven, because these kids grandma does exactly that.

Mount Everest is like a myth, you hear about the multiple deaths due to the drive of some to concur it, but actually succeeding, is almost unheard of. Everest is based on a true story, of a group of men leaving their families behind; to climb the beast that is Mount Everest. Nature being their only enemy, the conquest challenges all aspects of them, from the mental, patience to motivation to the physical, of lack of oxygen and the cold. But can they defeat nature?

Left on a cliffhanger from the first Maze Runner, the ambiguity only continues. Thomas (Dylan O’Brien) naturally becomes the leader of the rebelling gang as they escape out the grasps of some evil looking people with guns into “The Scorch”, but with the doubt that they can survive out there, it only pushes them to become survivors. This film has everything, zombies (I think), action, and a hint of romance with the love interest being Teresa (Kaya Scodelario), also the only female in the original Maze Runner, which was never explained, along with a lot of other things such as the actual concept of the maze. So, we’re all in hope that Maze Runner: The Scorch Trials will explain all.

Old age seems to be a barrier, a point in which you can stop living on the wild side and just sit, relax and enjoy retirement. However, for Bill Bryson (Robert Redford), he’s come to a point in his life where he craves adventure and adrenaline as he plans to hike the Appalachian Trail with offbeat old pal Stephen Katz (Nick Nolte). But it’s not that peaceful tranquillity he had initially hoped for, instead he comes to a discovery about himself and his old friend, and it’s never too late for an old friendship to rekindle.

Single drug abusing mother, Ashley Smith (Kate Mara) is trying her best to make amends in order for her and her daughter to have a good life. She’s trying her best by attending group sessions and maintaing a job, but who would have thought a criminal and a book would have saved her? Brian Nichols (David Oyelowo) escapes prison, needing somewhere to lay low. He takes advantage of Ashley’s vulnerability taking her into captivity. As both are forced to spend time with one another, they come to the realisation that they have saved one another, who’d have thought it?

Hypocrisy: there’s no doubt we’re all guilty of it, some more than others. Dennis Nash (Andrew Garfield) is a single father, but soon to be homeless as he’s forced out of his family home due to not being able to pay to live there. Obviously blinded by his unconditional love for his son and mother, he secretly approaches the man who kicked him out of his own house. Out of desperation for money, he becomes what he once hated as he tears down family homes. Conflicted between family and morals, his internal battle becomes unbearable.

James Dean, the heartthrob of the 50’s, now just another member of the 27 club. We’re taken back into the life of James Dean but through the view of a LIFE magazine photographer, Dennis Stock (Robert Patterson). Both are troubled men, but are able to confide in one another as they’re both trying to make it into the big leagues. Dane DeHaan plays James Dean and captures his misfit ways that were obscene but desired in that time.

Keep your eyes open for these big releases, featuring a lot of new and upcoming actors and actresses, the new faces of Hollywood. Which one are you looking most forward to and why? Let us know and comment below!