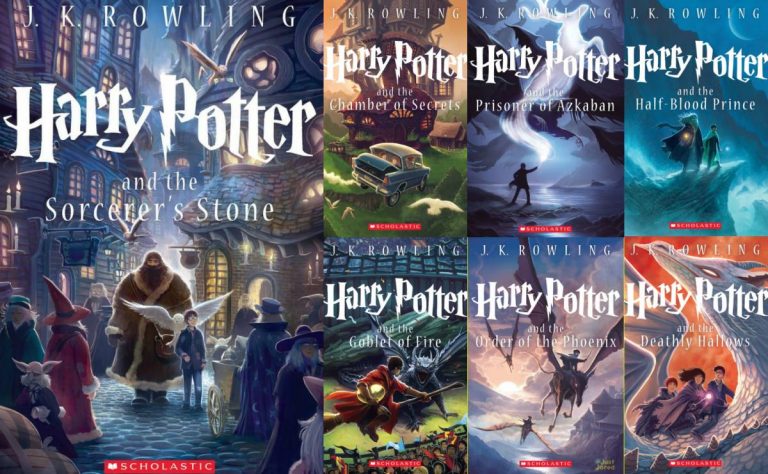 I have been a Harry Potter fan ever since I was 7 years old when my Mum brought home the first book; wondering what all the hype was about. She read the first book to me and we went on a journey which was truly magical (yes, pun intended). She had only heard about the hype of the stories by the time the third book was released, so I then went straight onto reading the second book myself. The rest, as they say, is Hogwarts.

The hype and excitement surrounding the books is something that I believe will never be experienced in the reading world again. Queueing up at midnight outside a local bookshop to get your hands on the next book so you can make a start as soon as possible, whether that be the next morning, or, like me, deep into the night. That is pretty special. I think I’ve only recently heard of queueing up at midnight outside of a shop when referring to a new Call of Duty

game, or an iPhone 6

Those who have grown up with the story, like I have, know how it is one of the best stories of our generation (in my humble opinion, the best). But much like all things which are popular, there are many people who don’t want to like it; who haven’t read any books or seen any films, and act disgruntled if you mention horcruxes or the Whomping Willow. When I get this reaction, I am unfortunately one of those people who will implore that they read it for themselves. You cannot judge something until you experience it yourself.

The skill J.K. Rowling has is undeniable; her writing style is so detailed and descriptive that the images in your head are so vivid they’re almost tangible. But the story she came up with is something extraordinary, proving to be so much more than invisibility cloaks, time-turners and Felix felicis. So why is Harry Potter such an amazing story? What is it about the storyline that captured so many imaginations; causing parents worldwide to ‘want in’ on their child’s newest book?

1. It grows with its audience
I don’t know how she did it, but somehow J.K. Rowling managed to write something which started off quite simple in its writing style, and developed into something much more adult and complex. It’s pretty obvious that this is what happens with the themes of the book – yes, it starts off about an orphan boy, and death is quite a main theme throughout the entire series, but it gets so much darker once You-Know-Who returns to power; as horcruxes are welcomed into the plot; and of course when Umbridge becomes headmistress…there really is no darker evil.

The books were released gradually, some having up to two years in between releases, so the readers grew up quite a lot across the series of the book. I, for one, read the first one aged 7, and the last one aged 16; so the book had to maintain its appeal right through teenage years. The writing style managed to do that with ease, starting off simple enough for a child embarking on their first novels, yet compelling enough for teenagers to continue to bother (which we all know is not an easy task), and be complex enough to interest adults too!

Because of this, I suggested it to a dyslexic friend of mine, who had never been able to finish an adult fiction. Needless to say, he read through all seven books faster than you can say “gillyweed”. He is now an avid reader of anything and everything, all thanks to the gradual complexity of the writing style of Harry Potter. Good job, J.K.

2. It tackles loss
Some would say a tragic story like Harry Potter is too much for a child – the story of a young boy whose parents were killed when he was a baby; left with a family who don’t want him; death and darkness seemingly following him around. But death is part of life, and loss is such an important thing for children to be made aware of. Harry did lose his parents, but he surrounded himself with a solid set of friends and role models, creating his own family to give him the parental support he was missing. Yes, it is particularly bad for him – all of his role models (Dumbledore, Sirius, Lupin) are killed off, but as the loss of Hedwig at the start of the last book taught us, it was all part of him growing up and becoming a man.

It is a very sad fact of life, that death is part of it. Each of the deaths Harry mourned were written so well that you mourned the deaths too, and feel deeply sad for Harry. Following Sirius’s death, he was instantly angry, for a relatively long time; when back in Dumbledore’s office hours later, he screamed at Dumbledore that he couldn’t possibly understand. Dumbledore’s death started with complete denial; despite knowing deep down that the only way he could become ‘unfrozen’ is if the one who cast the spell to keep him there, had passed.

Losing Dobby was the most poignant for me, and one of the hardest deaths to read. His acceptance was fast, and his act of burying Dobby, the elf who would go through hell and high water for him, by hand, was seriously moving. Finally with Snape’s death; his feeling of loss was delayed as he had never known the truth of his story; but he honoured him by naming his child after Severus. The loss of such influential characters is heartbreaking, but I think very necessary in order for Harry’s character to develop. Plus, it wouldn’t have been very realistic if all of the good guys survived the war, would it?

3. It shows the power of knowledge
With characters like Hermione and Dumbledore, J.K. Rowling proved that power does not always come from having huge muscles, or from intimidation. They showed that knowledge and intelligence is just as, if not more, important. Dumbledore pushed Harry to learn about Tom Riddle’s past, in order to confirm his theory on the horcruxes, and for them to learn about his background and weaknesses. In the last battle, Harry used that knowledge to defeat Voldemort; drawing on the information he gathered about Riddle’s family background.

Hermione, of course, was the font of all knowledge. Swotting up did some good, and I’m certain they wouldn’t have got anywhere if she hadn’t read up on the Deathly Hallows, the power of Goblin-made blades, and every page of A History of Magic. It just goes to show that you don’t need to have huge muscles like Viktor Krum to succeed.

4. It talks of sacrifice
Sacrifice is all for the greater good in the Harry Potter series, and there are so many characters who give something up for everyone else. All of Dumbledore’s Army and the Order of the Phoenix stared death in the face, fighting for a greater future. Harry gave up his chance of having a normal teenage life at the end of Harry Potter and the Half-Blood Prince

; turning his back on completing his school years in order to save the future of the wizarding world. He could have easily shrugged his shoulders and said, “Nah, sorry guys, I ain’t got time to find some psycho’s horcruxes, I’ve got too many Netflix serie’s to get through,” and then collapsed onto a sofa, remote control in hand. Granted, that would’ve made for a pretty terrible ending to six books and 8 years of our lives, but you catch my drift.

As well as Harry ultimately sacrificing himself in the end, which is the biggest one of them all, he wasn’t the only one who sacrificed a lot. Hermione and Ron, in my opinion, don’t get enough credit for what they did, as they, too, gave up any chance of a normal teenage life to help their friend. I’m sure they also had a lot of Netflix shows to catch, and they didn’t have to go and help him out at all. Pretty damn good friends, right there. Hermione in particular, removed all trace of herself from her parents’ memories, so she could join Harry, and in turn protect her own family. It makes me watery-eyed just thinking about it.

5. The strong female characters.
Without forcing it down your throat, feminism is a huge theme throughout Harry Potter. Just take a look at some of the female characters: Hermione Granger, Molly Weasley, Minerva McGonagall: do any of these look like weak, prissy, girly characters to you? Hermione is constantly referred to as one of the best, most intelligent witches of their time, her brains and ambition being the most iconic part of her character; teaching readers worldwide the importance of knowledge. Professor McGonagall is powerful and intelligent. Not a word is uttered about her family life (although her story has since been released on Pottermore), as the focus is instead on her authoritative role, which instantly goes against the derogatory idea that a woman can only be useful in the home.

Molly, while still being the classic housewife and mother, is seriously badass – let’s all take a moment to remember the “not my daughter, you bitch!” moment of Harry Potter and The Deathly Hallows. She might well be a family-driven woman who spends her time at the home cooking and cleaning, but you most certainly wouldn’t answer back to her (despite the fact that Fred and George tried to on a regular basis), and God help you if you say a bad word about the Weasleys. You best hope you have an Invisibility cloak if you do.

Ginny, Luna and Hermione’s friendships prove that girls can and do have conversations about things other than boys, make-up and fashion. And they’re all pretty awesome with their wands too. Girl power!

6. The love stories.
Ah, love. We all know how vital this little gem is in the story. The love of friends and family between Harry, the Weasleys, the Order, DA…everyone special in his life. The love of a mother, Lily Potter, who stared death in the face in order to protect her son. The love of a brother, Dumbledore, who cared for his sister Ariana after she accidentally killed their mother; plus the impact of her death on Albus in later years. But the most moving love story of all, the unrequited love of Severus Snape.

His love for Harry’s mother, Lily, drove him on as a double agent for Dumbledore; spying on the Death Eaters to ensure Lily’s death, eventually, would be avenged. His love never died; he killed his life-long friend, Dumbledore, in order to keep the mission going until the very end; his heartache when Lily chose James; the pain when he found her body after Voldemort’s attack; when his Patronus took the form of her doe, and he uttered the word “Always” …I need to stop, I’m welling up.