56 Year Old Man Interviewed by his 18 Year Old Self 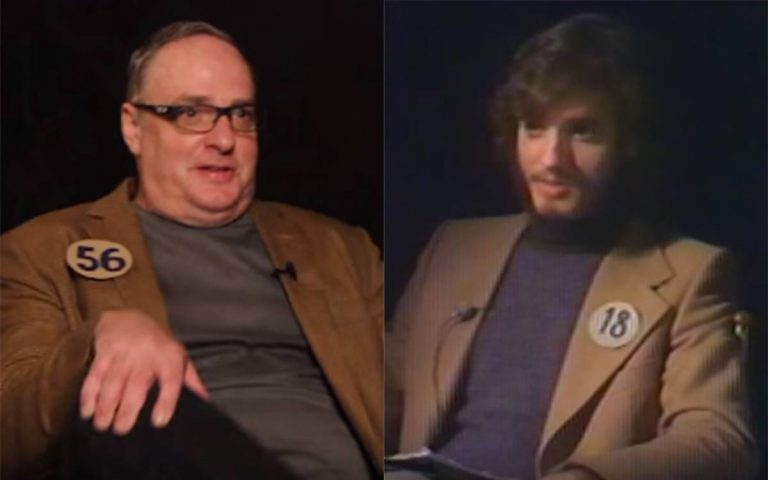 It’s a pretty common concept, at both ends of the age spectrum, and we either ask it of ourselves or it’s asked of us; if you could speak to your older self in the future, what questions would you ask? If you could communicate with your younger self in the past, what advice would you give?

The idea? To find out what really matters to us; when it comes down to it what is most important to us, what is our perspective of our own lives, what is our view on life in general? When it comes down to it, the questions you would ask your older self, or the wisdom you’d pass back to your younger self, reveal a lot about who you are. It’s the reason that those questions are most commonly put forward by a third party, it’s an exercise in getting to know someone, what makes them tick.

That’s not to say that it’s always the case, because sometimes putting this hypothetical scenario to yourself is a good way to align yourself to what’s important, to help figure where you want to go in life, what you hope to achieve, or to look back and take lot of your life, to see how far you’ve come, and how much you’ve changed.

However, for Peter ‘Stoney’ Emshwiller hypothetical just wouldn’t do, and at 18 years old, Emshwiller set about filming as much footage of himself conducting the interview with his future self as he could. This lead to his recording, not just all the questions he wanted answered, but reactions to all the possible answers they may result in, and responses to all the potential interactions he and his future self may have in interview.

It’s all considerably more effort than I could muster when I was little. I instead opted for picturing myself as my future self and the interviewer interviewing my future self about the obviously successful and significant life that I had lived up to that future point. I may have been a teensy weensy bit delusional, but it was always one of the more pleasant ways to fall asleep. That or my bed was a getaway car/boat/plane that was going into night travel mode wherein I could sleep and it would lose the bad guys for me.

Anyway, 38 years have passed since Emshwiller got the first half of his time capsule interview down and it’s now time for him to fill in the answers to those youthful questions. At 56, Emshwiller now gets to look back to his younger self and answer the questions he asked all those years ago. It’s all well and good speculating, trying to remember what you were like back then, what your hopes and dreams had been, what was important to you, and how that’s changed since or how you’ve succeeded, but Emshwiller will be able to see exactly who he was and who he’d hoped he’d become.

Better yet, Emshwiller is allowing us into this weirdly personal exchange been past and present, in the form an interview film called Later That Same Life. To help bring this all together, Emshwiller started a fundraising page which has not only surpassed his original goal, but also his stretch goal, meaning he’ll be able to clean up his old footage and audio to help match it up with his modern day answers.

Now, you may think that Peter ‘Stoney’ Emshwiller, past and present, is a quite quirky chap, but earlier this year Kendrick Lamar interviewed Tupac. Then again, that wasn’t a 38 year commitment.

Regardless, here’s the trailer to give a taste of the unusual, unique, and intriguing interview that this film will be.