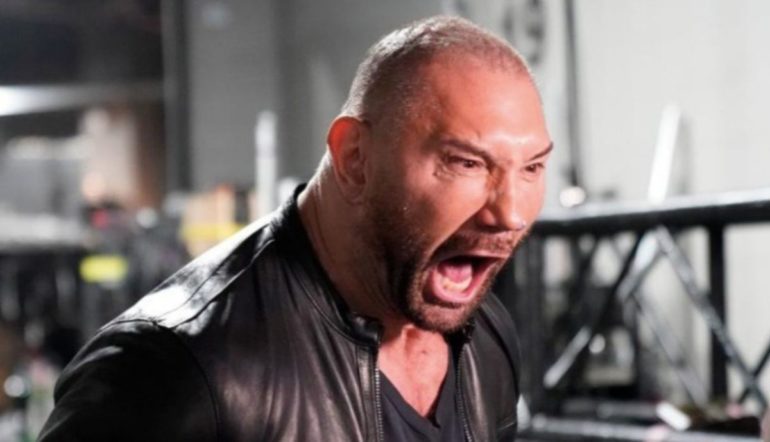 So WWE can’t get it right every year. Even if there’s a 90% chance of the one superstar that gets rocket strapped all the way through WrestleMania season eventually becoming a main event star, there’s still the occasional Royal Rumble winner that doesn’t quite make it. Not every winner can be as memorable as a Shawn Michaels or a John Cena, sometimes the WWE Universe might stop and think about whether it was worth these five superstars fighting so hard to keep both feet from hitting the floor.

In this list, we’re going to run down the 5 worst Royal Rumble winners of all time. Perhaps they just weren’t cut out for the main event scene, or it was just the wrong time for WWE to pull the trigger on their big push. Of course this is of no discredit to their overall careers, but as far as their booking goes, their Royal Rumble victories may as well be removed from the record books.

Make sure you drop your own biggest disappointments in the comments section below.

‘The King of Strong Style’ quickly became one of the hottest stars on the WWE roster. Everyone was eagerly anticipating Nakamura’s rise to the championship scene for WrestleMania season and were keeping their fingers crossed for the dream rematch between him and AJ Styles for the WWE title. Lucky for us, we didn’t have to wait long before WWE finally went all guns blazing with Nakamura’s push, giving him the huge Rumble win in 2018.

Nakamura had a great Rumble, which included a classic inter-generational stare-down between himself, Reigns, Balor, Cena, Orton and Rey Mysterio. It was a great moment and an even sweeter moment when Nakamura got the final elimination over Roman Reigns. The WWE Universe were overjoyed for their New Japan import, but unfortunately the adulation didn’t last for long.

Nakamura did the honours for Styles at WrestleMania 34, a shocking result considering how much of a promising star Shinsuke had become. Nak turned heel on the same night, leading to a couple of title rematches with Styles which all ended with the same result. WWE really dropped the ball with Shinsuke during this whole feud, which could have been one of WWE’s biggest success stories if they just followed logical booking.

Shinsuke has gone on to hold numerous mid-card titles, but has never truly reached his full potential. At this point, the memory of him being a Rumble winner seems too distant for it to be a credit to his name.

2011’s 40-man extravaganza turned out to be one of the most forgettable Rumble matches of all time. Not only were the majority of entrants somewhat uninspired but fans couldn’t care less when Alberto Del Rio scored the final elimination over Santino Marella. Del Rio was very much one of Vince’s pet projects heading into 2011, poised to become their next big Latino star in the WrestleMania title match against Edge, all seemed to be coming up roses for the Mexican prodigy. That is, if the fans actually wanted to accept him.

It didn’t help that his big Rumble payoff was used as the curtain jerker for that year’s ‘Mania. Del Rio’s meagre presence barely fit the spectacle that is WrestleMania, he genuinely came across like an afterthought throughout his entire career. It didn’t help that Edge had to vacate the World Heavyweight title less than 24 hours after defeating his challenger.

Considering the sheer number of superstars who were lined up for the Rumble that year, surely there would have been someone who could have created a bit more buzz than Bertie.

I feel like this is a slightly unfair inclusion on this list, but regardless, who actually remembers the first winner of the illustrious Royal Rumble match? Hacksaw Jim Duggan, our lord and saviour, became the first man in history to outlast all other participants to win the inaugural contest. Back in the late eighties, Pat Patterson had no idea how much of an institution the Rumble would become, and it barely had any weight in terms of reward. When Duggan won the match, he just carried on as per usual. No title match, no WrestleMania.

It’s a shame really, this could have been Duggan’s big breakout moment. Hacksaw had always found himself relegated to the mid-card despite being incredibly popular with the live audiences. A win at the first-ever Royal Rumble event could have easily propelled him into the championship picture alongside perennial babyface stars: Hulk Hogan, Randy Savage and The Ultimate Warrior.

Duggan never went on to capture any major gold, which is a shame considering how often he was relied upon to put together a fun match. Just to rub it in even more, his big Rumble victory didn’t even close the show.

The boss himself threw himself into the mix of the 1999 Royal Rumble match. The big story heading in was that he would be opening the affair alongside Steve Austin as numbers one and two. Their feud was the biggest thing in wrestling at the time, seeing them share the squared circle for the first time was nothing short of a blockbuster attraction. But naturally, McMahon had to take things one step too far.

Vince darted out of the ring and engaged in an hour long chase around the arena, bringing in various henchmen to ensure Austin didn’t make it back to the ring to complete the Rumble match. Eventually, Stone Cold returned to batter Vince senseless, leading his legions of fans to believe that the boss would finally get his own. But he didn’t. In fact, Vince ended up dumping Austin over the top rope to win the Rumble.

Even though this was a massive eye-roller back then, as it is now when you think about the fact that Vince booked himself to win one of his biggest matches of the year, it was still a genius move. It generated just that little bit extra heat to help maintain his status as the biggest heel in all of wrestling. Regardless, the Rumble victory was somewhat wasted as the championship shot was eventually traded to Steve Austin as part of their ongoing rivalry.

This was merely a vehicle for the McMahon/Austin feud, which probably could have headlined WrestleMania itself if Vince didn’t have the first of the Rock/Austin saga scheduled for XV. Should it have gone to Austin instead? Probably, it would have achieved the exact same outcome with less fan backlash. Hindsight is a funny thing.

Batista joined an elite group of superstars by winning his second Royal Rumble match in 2014. ‘The Animal’ made his first big return to the WWE as part of the unique build to the Rumble event, best recognised for the tumultuous rise of Daniel Bryan and the Yes Movement. Even though Batista remained one of the most popular superstars of his era, nobody really wanted to see the former World Champion take away this big moment from Daniel Bryan. But of course, he did and the WWE Universe did their very best to sabotage his victory.

The latter half of the Royal Rumble was serenaded with a boos from all fans in attendance. Even the typically heroic Rey Mysterio was given a villains reception when he burst through the curtains at number 30. Batista symbolised the ever-present desire to champion the tough and mighty over the underdog favourites, and at the dawn of a new era in the world of wrestling, fans weren’t having any of it.

For weeks, live audiences would make it very clear that they didn’t want to see Batista and Randy Orton to battle in the main event of WrestleMania, and whether it was the original plan or not, eventually WWE succumbed to demand and included Daniel Bryan in the preceding. This winner will forever go down as one of the most disappointing and widely criticised in the Rumble’s storied history. Did Batista deserve any better? Perhaps, but it was a classic case of being in the wrong place at the wrong time.