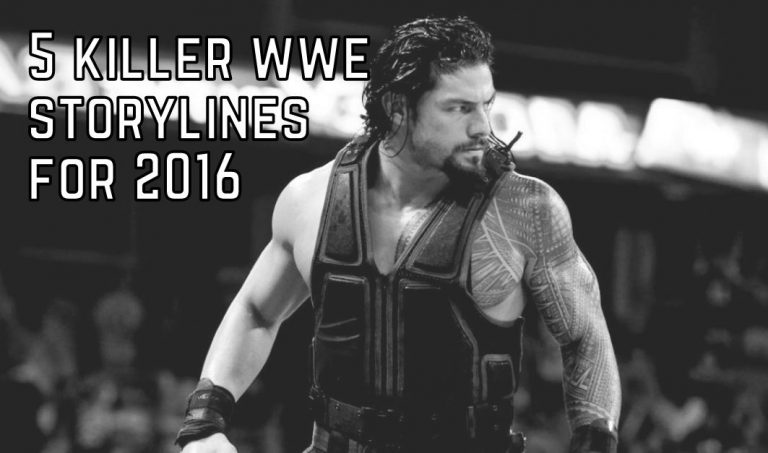 If 2014 was the year that WWE won me back, 2015 was the one that lost me. It’s been a disappointing period for the company, not helped by a barrage of injuries to top stars, but the blame must surely rest with the guys in Creative. They have managed to turn the most promising angles into the most predictable and left arenas ringing with choruses of boos on far too many occasions.

With the recent severe decline in ratings for the company that saw their flagship show, Monday Night Raw, fall to record lows, it’s clear that audiences are being turned off by the predictability and stagnation in the storylines. And fucking Sheamus.

So, Mr McMahon, if you want to fire all of your writers and hire me, consider this list of WWE storylines for 2016 my job application.

Seth Rollins’ reign as the top heel in the company was a strange one. The audience were supposed to unceremoniously boo him and his slimy ways, but after noticing how damn good he is at flying around the ring, he became the main guy within the company and rightly so. No matter who he was with, his matches were almost always unmissable with the triple threat at Royal Rumble 2015 being a serious contender for Match of the Year.

After being shelved through injury, Rollins could take a leaf out of the book of his boss, Triple HHH, and come back as a reinvigorated face of the company. The much-anticipated, inevitable showdown with Triple HHH would be the perfect way for him to return, even more so if he comes back with a vendetta for The Authority (more on that later). The pop for his return is already giving me goosebumps and the quicker he comes back, the better – there’s definitely a Rollins-sized hole on Monday nights.

Get rid of the Pedigree, though. That thing is uglier on him than Brodus Clay doing a shooting star press.