10 Best Spooky Levels In Non-Scary Games Ever Made 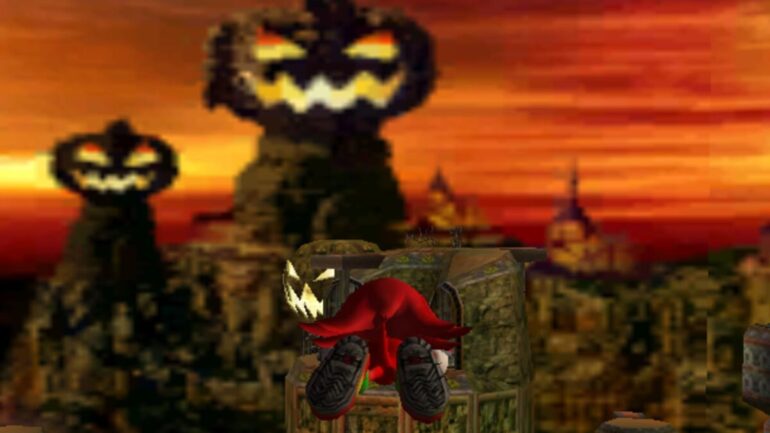 Halloween is coming at the end of October, so naturally we’re drawing our focus to some horror themed games. That said, there’s plenty of horror to be found in games that aren’t typically horror themed. There’s nothing more surprising than playing a regular game only to be ambushed by a random trip to Spookytown.

Gaming has a history of blending genres, introducing new elements or features, in some unique and surprising ways, and horror is usually a popular go-to, whether it’s part of a shooter, platformer, open-world, monster catcher or skateboarding game. We’ll get to that one, don’t worry. Here’s 10 of the best spooky/Halloween levels in non-spooky games.

Alright, we’ll get through some of the more well-known examples of spooky levels in non-spooky games first, and perhaps the most notable are the ghost houses in Super Mario games.

While they were introduced in Super Mario World, the best example is Big Boo’s Haunt from Super Mario 64. Aside from the clunky camera, exploring Big Boo’s Haunt is like an enjoyable nightmare. Okay, that doesn’t make sense, but it’s great all the same.

Taking place in a mansion that’s spooky enough to star in a Luigi game, Big Boo’s Haunt is a far cry from the usual Mario levels like Bob-Omb Battlefield. Filled with Boos, a haunted piano and an evil carousel ride in the basement (not to mention the blood red sky and the spooky eyeball that’s hiding in the outhouse), Big Boo’s Haunt will linger long in the memory, even if the scariest part is trying to get the star on top of the mansion.

Perhaps part of Lavender Town’s inherent scare factor is due to the truly jarring theme music for the town, which has been the subject of a creepypasta in and of itself that alleges the music caused the suicide of over a hundred Japanese schoolkids back in 1996.

You know something is truly sinister when there’s a creepypasta dedicated to it, so clearly Lavender Town is amongst the scariest levels in non-horror games ever made.

The Arkham series was certainly no stranger to dabbling in horror, particularly when it came to Arkham Knight. Those Man-Bat jump scares were no joke, let me tell you. That said, the series has never been scarier than when it utilised Scarecrow’s Fear toxin in the original game, Arkham Asylum, for some truly disturbing moments.

Perhaps what was most unsettling about the Scarecrow levels was that they came from out of nowhere. Until that point, Arkham felt like an excellent 3D brawler, but these moments truly allowed the game to explore the extent of Batman’s psychological trauma, lifting the game’s story up to new heights. It also made me think I broke my mate’s disc when I borrowed Arkham Asylum from him (thanks, fourth wall break), so that was scary in and of itself. 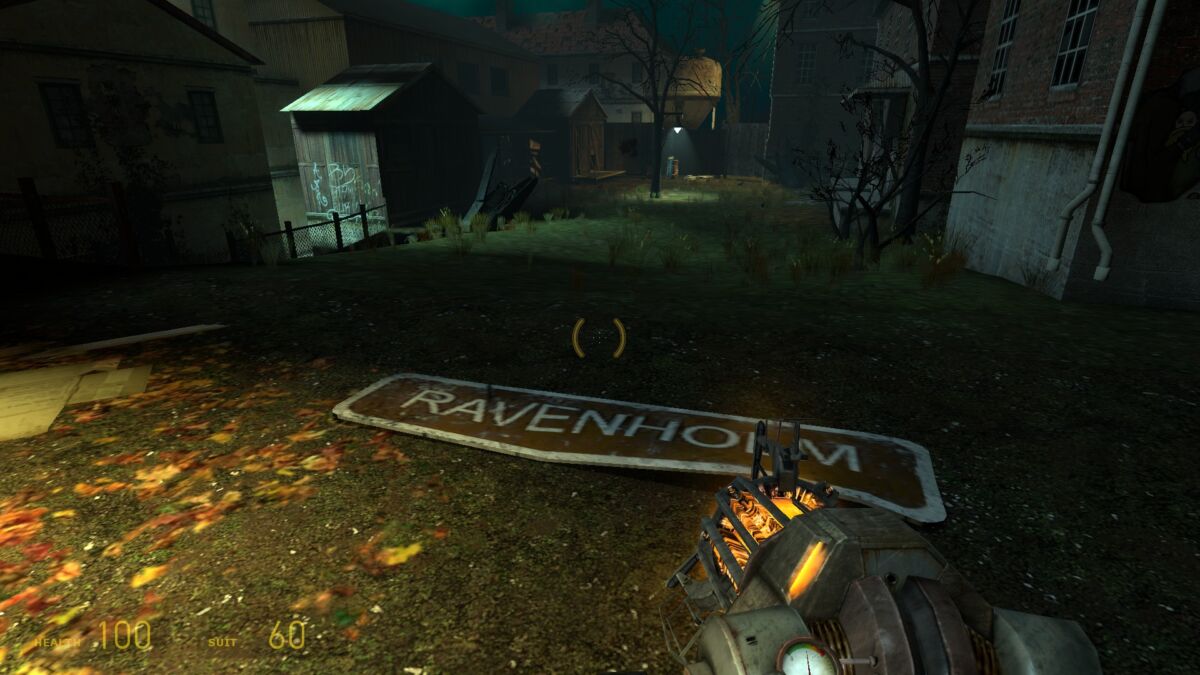 In any discussion regarding sudden onset spooky levels, Half-Life 2’s Ravenholm is always considered amongst the very best, and it’s not hard to see why. In a game that’s typically more open and action oriented, Ravenholm feels claustrophobic, with headcrab zombies, tight corridors and scarce ammo.

Thankfully, Half-Life 2’s foray into the world of survival horror is amplified by the existence of the gravity gun, allowing you to utilise the almost absurd amount of sawblades scattered across the town. No ammo is no problem, as you can just hurl metal at some mindless meathusks at high velocity until the path ahead is clear. 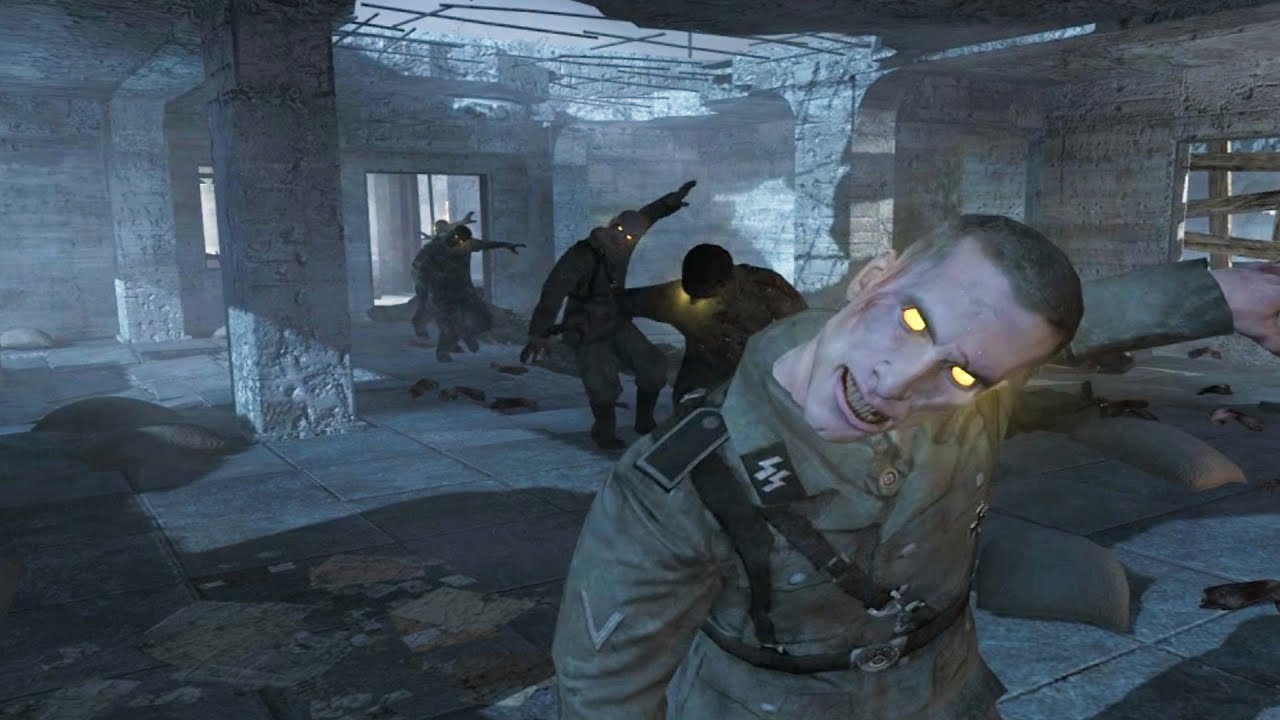 Compared to more modern iterations, filled with gimmicks, plot and Easter Eggs, the original version of Zombies was stripped back and minimalistic. It also came as a bit of a shock, as the mode wasn’t really marketed ahead of launch and was only unlocked at the end of the campaign as a hidden after credits bonus mission.

It’s been years since this original iteration, but when paired against the more goofy, modern offerings, it’s perhaps the spookiest. 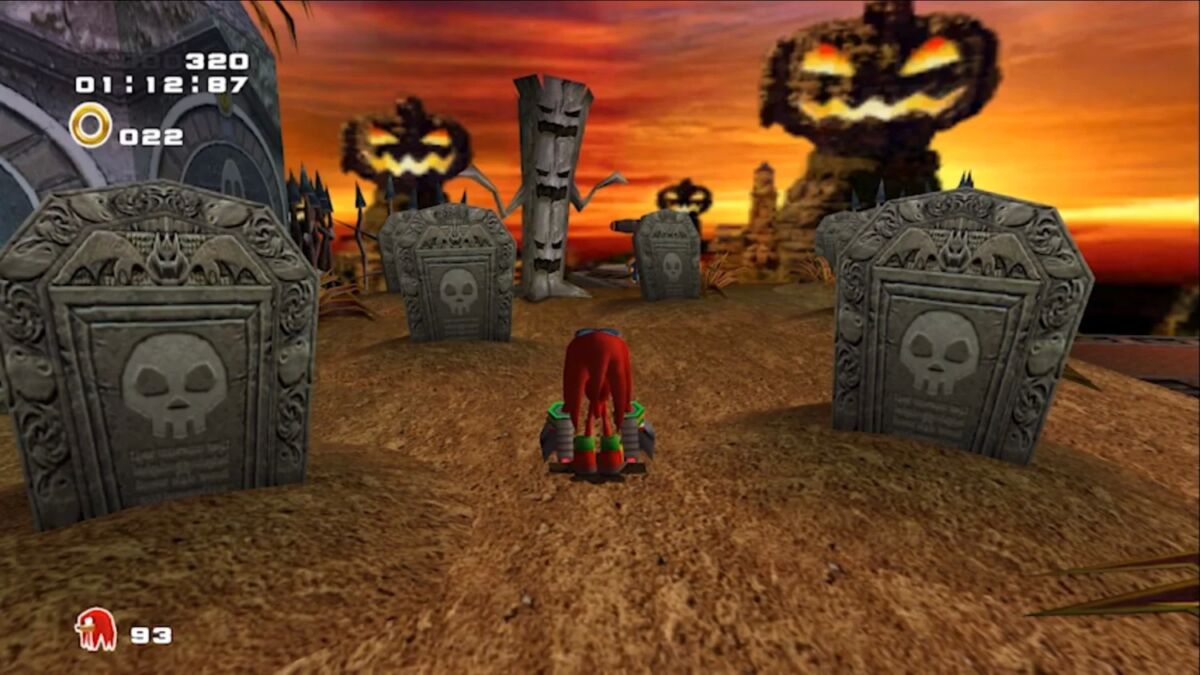 Alright, if I’m going to let personal opinion colour this one, Pumpkin Hill just happens to be one of my favourite levels in gaming history. The Sonic series has dabbled with levels that explore horror elements before, with Mystic Caves immediately springing to mind. There’s also the barrel in Carnival Night Zone Act 2 in Sonic 3, which is also one of the scariest objects ever programmed.

However, Pumpkin Hill is an incredibly spooky and out of nowhere journey in a Sonic game that, until this point, was concerned with escaping from a city, military bases and some ancient Egyptian ruins. I love it, and perhaps that’s largely because the level’s main theme is utterly incredible. Pumpkin Hill’s hip-hop banger should do for Halloween what Run-DMC’s Christmas in Hollis did for, well, Christmas. 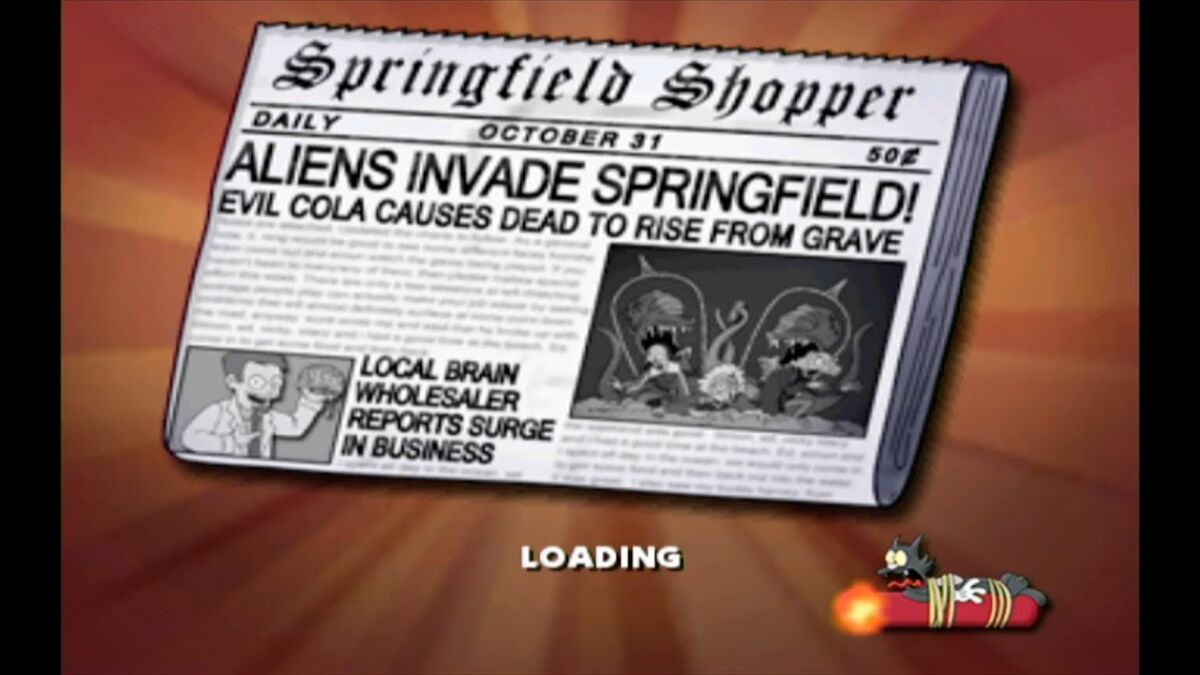 A lot of the spooky levels in this list feel like detours or side missions that aren’t really important to a game’s overarching plot, but The Simpsons: Hit & Run’s last level is the perfect thematic ending to one of the most fondly remembered open world games ever made. The reasoning for this one is simple: it’s actually Halloween, so of course everything in Springfield is spooky.

It also helps there’s an alien invasion going on, but still.

The Simpsons: Hit & Run final level is particularly memorable, as it’s a redesigned version of one of the game’s already existing levels, only now it’s been made more terrifying. Its existence in The Simpsons: Hit & Run, if nothing else, serves as a brilliant tribute to a TV series that practically thrives on Halloween specials.

The Tony Hawk’s series certainly isn’t any stranger to some creepiness, with THPS 3’s Suburbia level featuring a haunted house of some kind, and an intimidating Thin Man looking for an axe to break in. It’s pretty weird, and honestly I’d love to see more of it in a potential DLC update for Tony Hawk’s Pro Skater 1+2, but that’s another article. Instead, let’s talk about New Orleans.

While typically a normal looking level that happens to take place during Mardi Gras, players can skate across the level’s graveyard to summon the spirit of Baron Samedi, open up a portal to the underworld and unleash some zombies on the city. It’s weird, but then again, Tony Hawk’s Underground 2 was weird anyway.

There was either too much or too little of Bam Margera’s dad, I’m not sure. 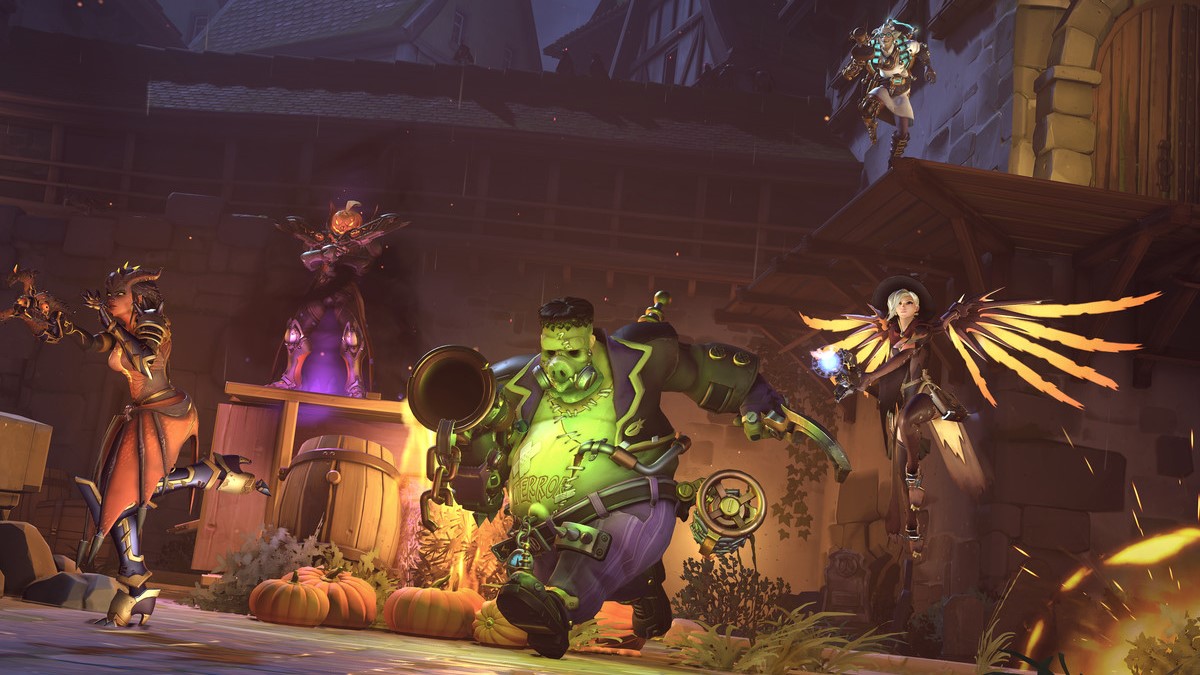 Seasonal events in online games certainly aren’t something new these days, with live service games like Destiny 2 and various MMOs offering some kind of in-game celebration for whatever real-life holiday happens to be occurring at the time. For my money, I have a soft spot for Overwatch’s Halloween event and the Junkenstein’s Revenge PvE mode.

Initially a PvP game, the Halloween event in 2016 introduced the first taste of PvE in Overwatch, and clearly it was enough of a success for Blizzard to add PvE modes to other seasonal events, and even the upcoming sequel.

As for the level itself, you control various Overwatch characters as they face a horde of evil robots head on. It’s pretty simplistic, but it makes for a nice change of pace after a few tilting games of competitive. 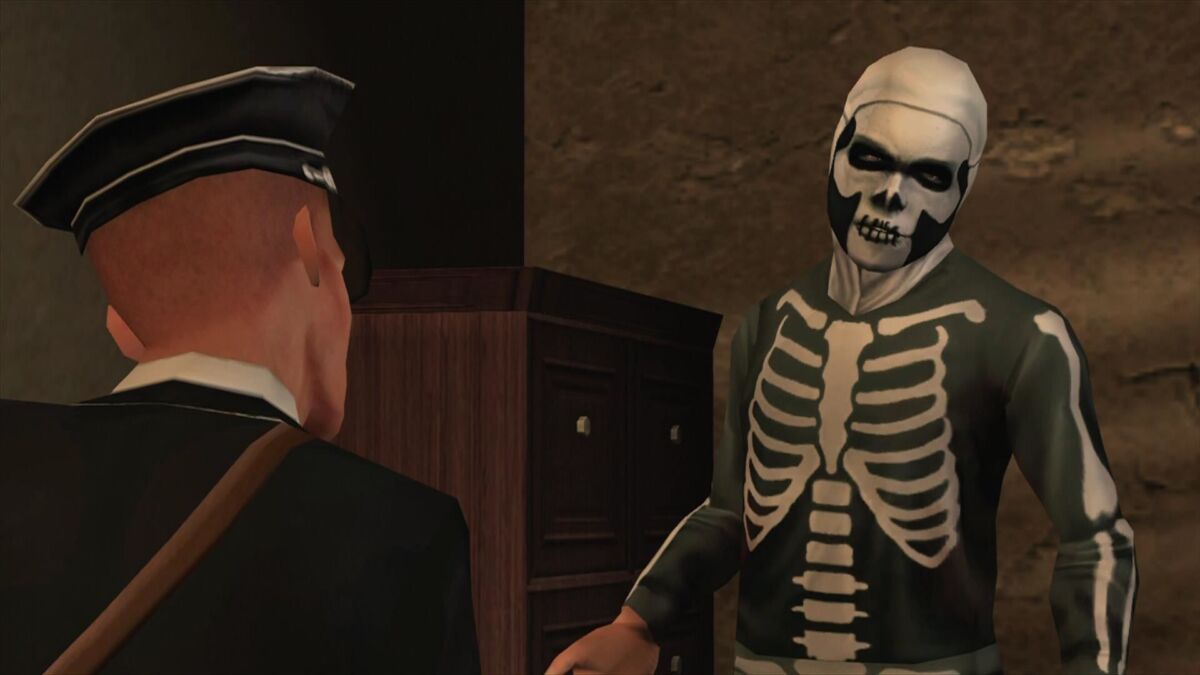 Few games have ever captured the childhood wonder of Halloween better than Bully. Though, by childhood wonder, I happen to mean “chance to be an absolute dick to people”. Less concerned with the illusion of trick or treating, main protagonist Jimmy Hopkins and his “friend” Gary use the holiday as an opportunity for shenanigans.

The Big Prank is the pinnacle of these events, an optional story mission that sees the two lads messing around with dog poop to play a prank on their private boarding school teachers. While the level itself isn’t exactly groundbreaking, the fact that Rockstar put the effort in to create a special version of Bullworth for Halloween, a one-time event during the game’s story, is impressive. I’ve got fond memories of this one, honestly.