It's time to pull out the kendo sticks. 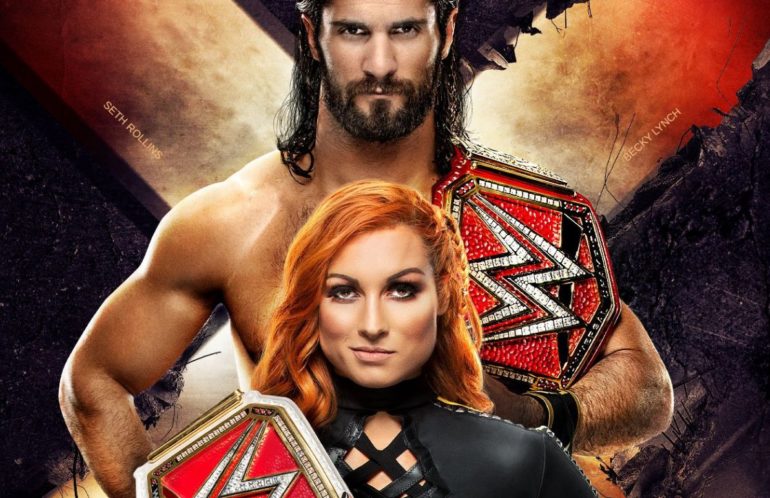 In WWE’s year of major events, it’s safe to say that Extreme Rules is one of the most consistent. It’s hard to go wrong with gimmick matches and a copious amount of weaponry. Even if the card is a curious collection of contests that have fairly obvious outcomes, the room for unbridled fun is also present. While it feels like Stomping Grounds was only yesterday, WWE’s insistence to drown us in PPVs will march on, so let’s make the best of it. Here are our predictions for Extreme Rules 2019.

The Revival (C) Vs. The Usos

The Usos have become borderline parodies of themselves on Raw. Their harder edge and intensity has been replaced with a more fun loving, goofball persona that is jarring to say the least. Whether we’re being treated to an ‘Ucy Hot’ segment or lame wordplay, the one thing keeping them interesting is their ever-present wrestling skill. Putting them against The Revival is practically a guarantee that you’re getting a banger.

Prediction: Somehow, The Revival feel less relevant with the gold. It’s been sad to see them go this way after leading the charge in the golden age of NXT’s tag division. The titles aren’t really doing much no matter who they’re on these days, so what’s the point in change? The Revival to retain as Raw’s tag division continues to wander aimlessly.

After the awesome moment that saw these two men driven through an LED board, I’m both terrified and excited at what they have in store for us here. Despite the arm wrestling and tug of war segments being well, bad, watching two huge men run into each other until one of them can’t get up is almost impossible to screw up.

Prediction: There appears to be a renewed interest in Bobby Lashley. He squashed a returning Rey Mysterio in about a minute this week and Braun Strowman was nowhere to be seen. If Vince has suddenly started backing Bobby again, he’s likely the safe bet to win.

Ricochet could be on the cusp of breaking the NXT curse. He’s being presented well on television and took a main roster title from Samoa Joe in his first singles match on PPV. Meanwhile, AJ Styles has finally turned heel again, which is arguably his best role. His heel run in the Summer of 2016 was the highlight of his WWE run thus far and pairing him up with a man of Ricochet’s talents is perfect.

Prediction: This is one of the toughest matches to call. Ricochet’s reign has only just begun, but this will be AJ’s first match since turning. Even though I know how much WWE love pushing Styles, I’m going out on a limb and saying Ricochet gets a monumental win over one of their top stars. If rumours are to be believed, new Raw Executive Director Paul Heyman is a big fan of the King of Flight, so we could be about to see him go on a tear.

Aleister Black has spent most of his time since WrestleMania sitting in a room and begging somebody to pick a fight with him. While there are better uses for Aleister, it was more engaging than the standard local talent squash matches that don’t get anybody over. Eventually, his challenge was answered by none other than Cesaro, which we can all agree is the right choice.

Prediction: There’s no real stakes or beef here, it’s as simple as one man wanting a fight and another obliging him. Cesaro is the technical wizard who’s being put in this spot to give Black an incredible match to endear him to the fans. Aleister Black is the new hot thing on SmackDown who isn’t going to be eating many pins for the time being. It’s probably the safest prediction of the show.

SmackDown’s tag division has felt reinvigorated lately. A lot of that is down to these three teams having such wonderful chemistry. Having Bryan and Rowan on top has brought a lot of prestige with Daniel’s perennial main event status. The New Day have always been reliable in these situations, and Heavy Machinery have flourished on the main roster, proving they were always better suited for it than they were for NXT.

Prediction: All three are viable winners. You can continue a heel reign, have an entire stable hold titles or give an up and coming team their time in the sun. This might be a big risk, but I believe WWE are about to pull the trigger on Heavy Machinery. Why? Because I believe in Otis and TUCKY!

My Stomping Grounds predictions weren’t perfect, but I was happy to correctly call Drew Gulak winning his first title in WWE. He might be the best pound-for-pound technician on the entire roster and to see his hard work rewarded with gold was vindicating. This is yet another match that is going to knock it out of the park.

Prediction: Straight forward prediction here, I think Drew Gulak will retain. I don’t see Nese becoming a two-time champion so soon and Drew is perfect to hold the belt for the time being.

The amount of exposure Nikki Cross has received as of late has been a breath of fresh air. Away from Sanity, more layers have been added to her character and we’re all waiting with bated breath for her to be done with Alexa’s bullshit. Long story short, Nikki is the reason Alexa has a title shot. Nikki is also the reason this is now a handicap match. Alexa Bliss has done nothing to earn this opportunity, delegating the hard work to Nikki. The double-cross is imminent, this could be the catalyst.

Prediction: Bayley has sadly been an afterthought in this feud, the intrigue of the Alexa/Nikki drama has taken precedence over the champ herself. It’s unclear what happens if the team wins this. Does the person who scores the deciding fall get the belt? Do both women hold the belt? Does Alexa get it regardless? It could go in many different directions depending on that, but I believe Alexa and Nikki are going to walk away champions in some respect to start their dissension.

How many world title feuds is Samoa Joe going to have before he actually wins one? It could be three if he’s able to derail the Kofi Kingston hype train. Joe’s still technically on Raw but gets to challenge for a SmackDown title because Wildcard Rule. Nothing really makes sense anymore, so why the hell not?

Prediction: It doesn’t feel like Kofi Kingston is dropping the belt just yet. After his cathartic win at WrestleMania, it would feel odd for the reign to end before SummerSlam at the earliest. Joe could still be the one to end it all, but Extreme Rules isn’t the right place.

You’re not seeing things; The Undertaker is working Extreme Rules and is teaming up with the man who “retired” him. Taker came back to help out Roman for reasons that are about as vague as you can imagine. I mean, he doesn’t like Shane, but who the hell does? The driving force of this storyline is Shane McMahon being an omnipotent super being who cannot be stopped by anything, not even the might of the Big Dog. Drew McIntyre is tagging along because there’s apparently nothing better for him to do other than be henchman to the heels. The man could be world champion by now but at least he’s on the card.

Prediction: The no holds barred stipulation undoes the need for tag team rules, so there’s nothing stopping all four men hopping into the fray at the same time. Still, Taker is far too old for this and deserves a rest on the ring apron. I’m tempted to give this one to team Shane, given that the prodigal son is the strongest booked wrestler in the company right now. But come on, it’s Roman Reigns and The Undertaker, that is a tandem so powerful that they’ll be kicking out at two for eternity.

This is another match that is undermined by its own stipulation. The men and women aren’t allowed to physically interact in mixed tag matches, but the Extreme Rules stipulation means there is no threat of disqualification. Baron Corbin and Lacey Evans continue to get major title opportunities despite frequently losing, while Seth Rollins and Becky Lynch are apparently a couple, not that WWE have made a big deal out of it. This could be a fun car crash of a match, it’s just more of the same though.

Prediction: This is the last chance for Baron and Lacey, who will not be allowed to challenge for these titles for as long as the current champions are holding them should they lose. This doesn’t give me any confidence in them winning, however. I can see Lacey as champion, but Baron Corbin hasn’t come off as world champ material for over two years now. If he suddenly became the top guy on Raw, it would be a fascinating experiment to say the least. Still, I’m taking Seth Rollins and Becky Lynch. The most interesting outcome of this match isn’t the winners though, it’s the propensity of a Brock Lesnar cash-in. At this point in Seth’s lacklustre reign, I wouldn’t be totally against Brock getting the belt back.