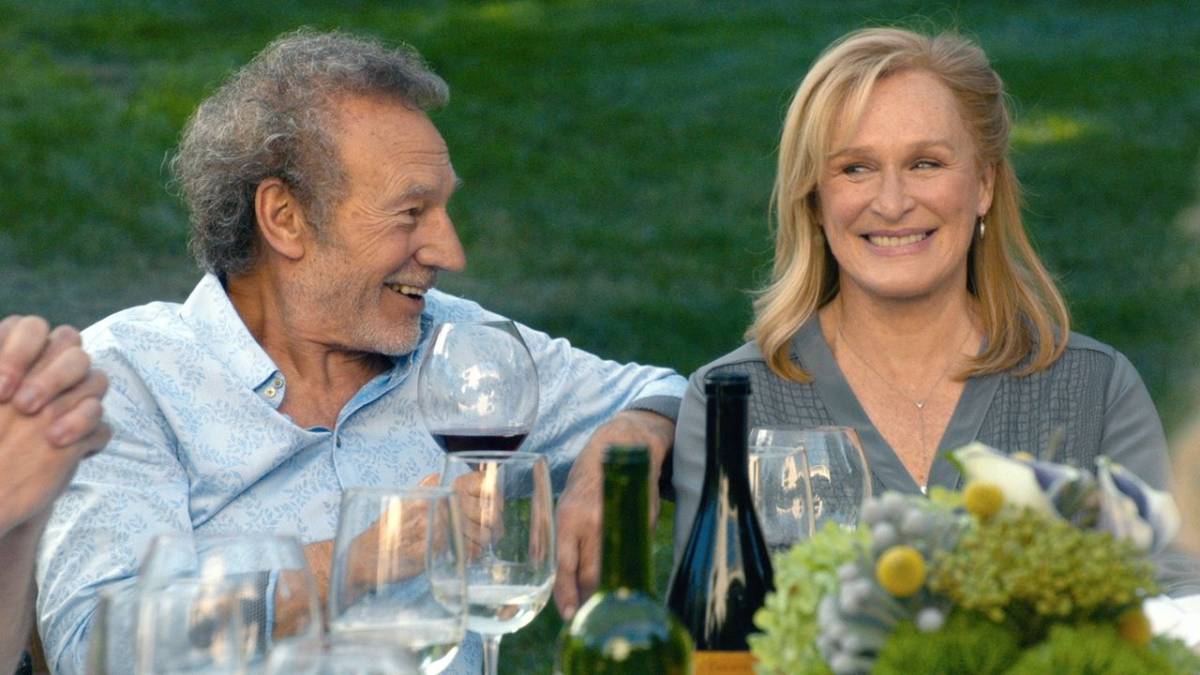 The film starts off two days before the wedding with the family heading to Eve Wilde’s (Close) estate in upstate New York as she is preparing to marry her fourth husband, Harold Alcott (Stewart). He’s a serious novelist and his books tend to be tragic comedies.

Where things get crazy is Wilde’s first husband, actor Laurence Darling (Malkovich), is also invited for the weekend. My first thought upon seeing this was that Eve won’t go through with the wedding to Harold and they will somehow get back together because it’s such a cliche for these type of films. While Laurence got his claim to fame as an actor, Eve wasn’t able to become the actress that she wanted to be since life got in the way.

Together, Eve and Laurence have three children, Ethan (Facinelli), Jimmy (Emmerich), and Rory (Davenport). Mackenzie (Van Patten) is Rory’s daughter and she’s making a documentary film over the weekend. Ethan says he’s never getting married and with seeing his parents divorce and his mother re-marry for a few more times, nobody could blame him for this decision. For the Darling family, the adults are supposed to be setting an example of what relationships should be but the adults in this movie are “the worst examples known to man.”

Harold has some children of his own, Clementine (Stone) and Rose (Lilly Englert). Rose brings along a friend for the weekend, who Harold describes as his almost third daughter, Sal (I hope I heard this correctly but can’t find the name on IMDB).

Ever the documentarian, Mackenzie asks the hard questions. She wants to learn how her grandparents met. She learns that Eve’s first love had been Cosmo but he had no interest in girls. Through Cosmo, Eve was introduced to Laurence and the rest–as they say–is history.

The long weekend means that everyone will be getting to know each other and some of them in a sexual way because that’s what is to be expected when multiple families get together in one house for the weekend.

As star-studded of a cast that this film has, The Wilde Wedding could certainly be improved on. It offers nothing new to the genre but it’s nowhere near the dud that The Layover was for Vertical.

Van Patten is due for a breakout year. The actress will be seen in The Meyerowitz Stories (New and Selected) after being seen in straight-to-Digital HD film Tramps.

Distributed by Vertical Entertainment, The Wilde Wedding opens in limited release on September 15, 2017.