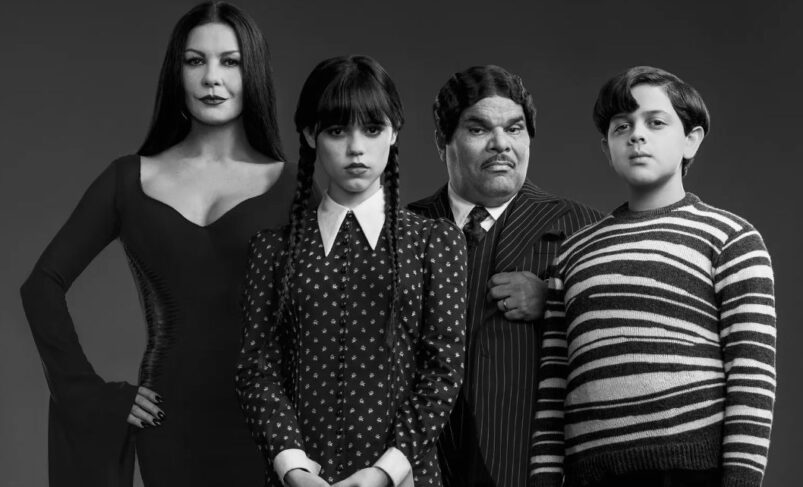 With the official release of Wednesday, Netflix’s ambitious new Addams Family series, drawing closer and closer, it’s exciting to get new visuals of just how this show is going to look. Our first glimpse at Gomez and Morticia comes to us from Vanity Fair, and it’s apparent that this Wednesday Addams-centric show is at least going to look the part.

While the show is going to focus on Wednesday (Jenna Ortega), you can expect all the characters from this long-standing universe to be part of the macabre fun. Isaac Ordonez certainly looks like Wednesday’s somewhat hapless brother Pugsley. The newly-released images of Gomez (Luis Guzmán) and Morticia (Catherine Zeta-Jones) casting a pose as one of fiction’s most beloved couples looks the part, and pictures of Wednesday interacting with her parents and Pugsley suggests these characters are going to be pretty firmly rooted in what we know and love.

At the same time, the 8-episode series, of which director and executive producer Tim Burton has helmed half, promises to bring several new elements to its story of Wednesday trying to make her own sardonic way in the world as a teenager. Sent to a school for misfits and outcasts, Wednesday finds herself trying to make sense of developing psychic powers, her relationship to her family, and a series of murders going on around her new school.

An ambitious show from what we’ve soon, Wednesday could prove to be very successful indeed for Netflix. While we haven’t seen Grandma Addams, Lurch, Thing, or anyone else potentially associated with Charles Addams’ famous creation, the pictures we do have give us a pretty good indication that Wednesday isn’t going to forget what people love about these characters.

READ NEXT: 15 Best Shows To Binge-Watch Over A Weekend