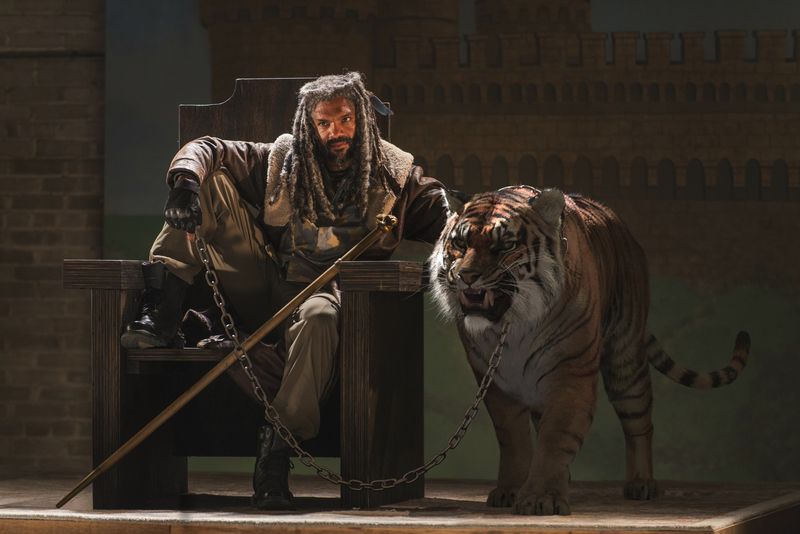 If last week’s season premiere was a home run, that baseball was severely smacked out of the park, hitting a few unsuspecting heads on its way. Episode 2 was sure to be a bit of a bunt in comparison, but it was a welcome change of pace; in effect, it was the show taking back control.

Predictably, we leave the events of last week and catch up with everyone’s favourite silver-haired badass, Carol. She’s alive, being stretchered along on a cart behind a horse, flanked by Morgan. You’d think this would be effective in not attracting any walker attention, nice and silent, but Carol gets knocked off her cart while they fight off a horde. Things get a bit dreamy. The dazed and confused Carol isn’t sure who is real and who is a walker, and she wanders off. Perhaps some of her self-preservation kicking in.

There’s some nice practical FX of heads being lopped off, before the group re-find Carol and cart her safely off, while Morgan marks the way by carving into mailboxes. She wakes in a bed, with Morgan patiently waiting in a chair beside her, and the rabbits foot dangling over her. This is black and white compared to last week; as the scene unfolds, we are shown The Kingdom, a pleasant, purely domestic habitation with rows and rows of planted crops, people tending them, horses neighing and tools clinking and clanking, with not a gun in sight. As someone who hasn’t read past the first graphic novel, I’d only heard internet rumours about this place, so it was nice to finally see it.

And then it hits you. This normalcy is playing out in the same world where someone with a barbed baseball bat has, probably the night before, just smashed two people’s skulls in, and this is a world where Glenn and Abraham no longer live. 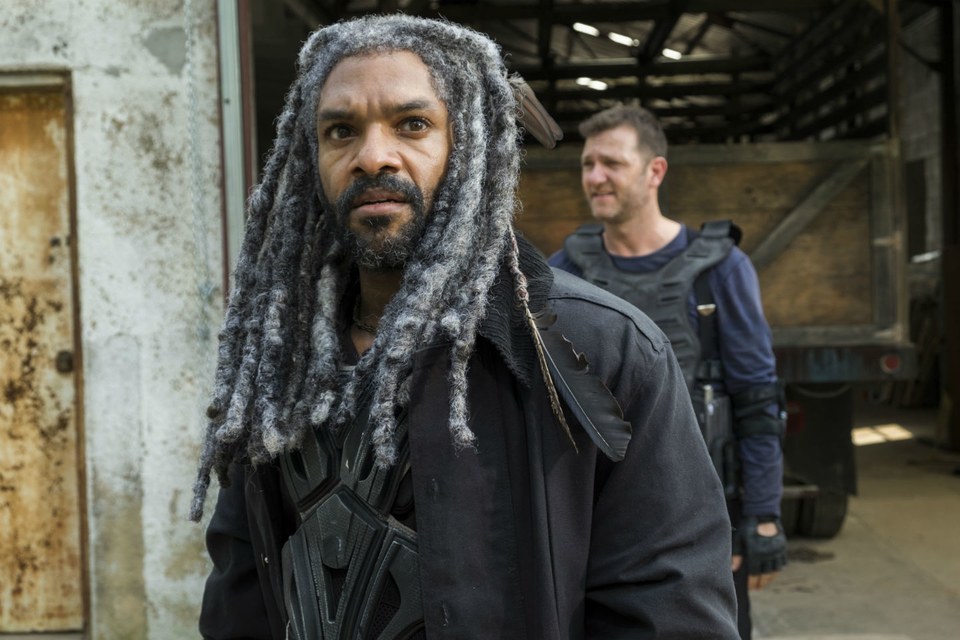 But you are not given long to ruminate on a world without two of our favourite people, as we are introduced to another big character. If you’re familiar with the graphic novel, than King Ezekiel’s introduction (Khary Payton) is probably not as effective, but I sure as hell didn’t expect to see him perched calmly on a throne in a clean auditorium, with a tiger by his side.

It seems this season is going all out with the Big Characters; I couldn’t help but consider him cartoonish, like a caricature, with his long, grey dreads, and regal language. Again, another contrast at play – I hope at this point that Negan and King Ezekiel get to play off each other. Screw Rick, I just want to see that tiger tear Negan apart. Oh, the possibilities that the tiger introduces. Things could get messy!

Carol returns to form, playing it meek and unassuming as she introduces herself to Ezekiel. Melissa McBride is as great as ever, but Khary is also good; full of good monologues, unlike Negan. But outside, with Morgan, she’s not impressed, calling it out for the playground it is. It can’t be taken seriously! She tells Morgan she intends to leave, and there’s not much Morgan can do to change her mind.

She heads off, and in the next few scenes, surreptitiously retrieves the items she’ll need to protect herself and dress herself when she leaves, playing it nice and friendly with the locals.

“What was once captive in the farm, is now free in the city”

It’s hog hunting time, and time for Morgan to get some screentime. He’s out with some others from The Kingdom, to capture some hogs that have been feeding on the dead. Although it kinda looks like they’ve been penned up and fed. What’s going on?

Richard takes them away after they fight off some more walkers, with Morgan impressively saving Benjamin’s life. Benjamin needs training, we later find out, as Ezekiel asks Morgan if he will train him in the way of the staff. 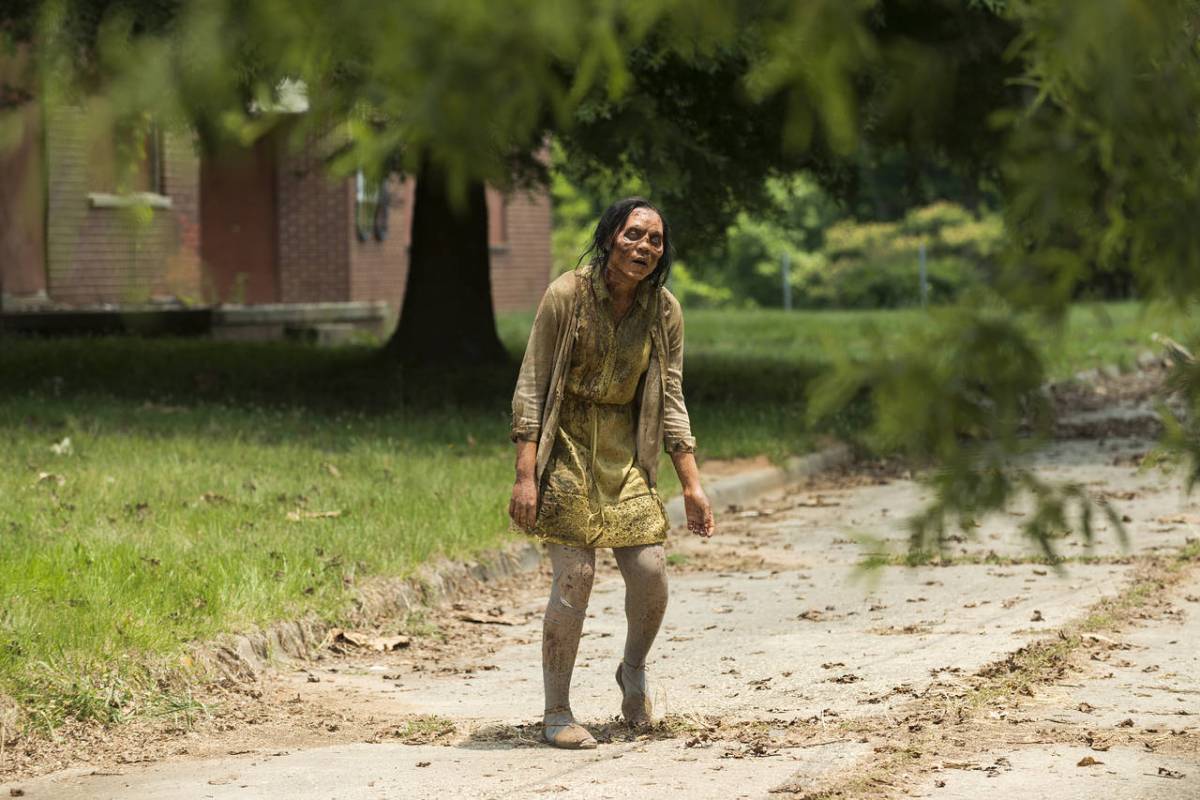 Things heat up again when Ezekiel asks Morgan to join them in a meet and greet. Turns out, it’s Negan’s men, and they want payment. Richard displays the skinned hogs, which is satisfactory, even pleasing. Knowing how these men work, you can’t help but think that everything is going too smoothly. So Richard decides to back-chat one of the men, which doesn’t go down too well.

A fight ensues, and though it eventually wounds up with Negan’s man, Gavin, getting free hits on Richard as punishment, you know there’ll be some greater comeback later down the line. Morgan tells Ezekiel he knows these people, which Ezekiel already knew. He wanted him there because he has a calm head, and self-control, which is key to keeping the peace with Negan – as we know! 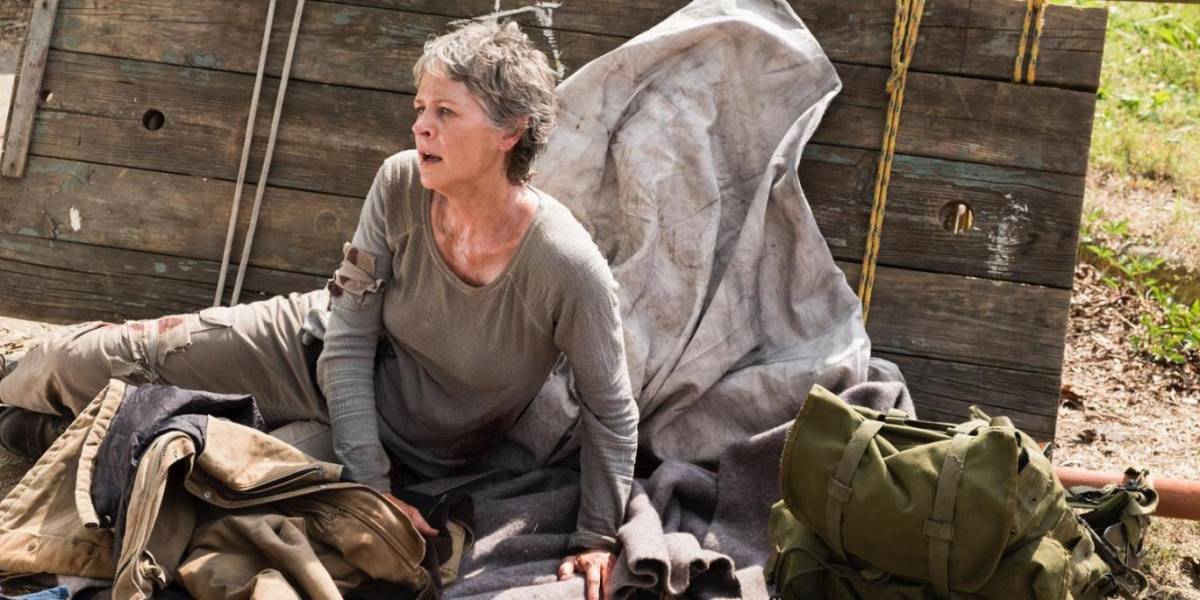 The episode concludes with some great character development between Ezekiel and Carol. They ain’t fooling each other. They open up; Carol thinks the whole thing is just a farce and is leaving, and in an attempt to convince her otherwise, Ezekiel reveals his philosophy, that everyone needs a leader. And his story for how he got his tiger is actually quite touching, rescuing him from starvation in a zoo. It was a nice change of pace for his character, and took him out of the realm of being a caricature (he admits to being an actor in his previous life).

What’s more, is his philosophy to be the literal antithesis to all the pain and evil currently walking the earth. The balance is tipped towards the darkness. To right it, he exaggerates the good, hoping to find the feng shui. Carol listens, perhaps is even impressed, but she’s been through so much, she can’t see the hope that he sees, and leaves anyway.

I’m not convinced by her motivations; alone, with only herself to rely on, and no one to worry about, I feel it’s only time before she turns around again, to be the one who rescues her friends, like she did with the cannibals. Outside The Kingdom, Morgan leaves her in the same house that they walked past early, when he was marking the way. She’s going to just play house? Will she commute to The Kingdom for supplies? Make it on her own? This I wonder, until there’s a knock at the door, and Ezekiel is standing there, his tiger by his side. And cut.