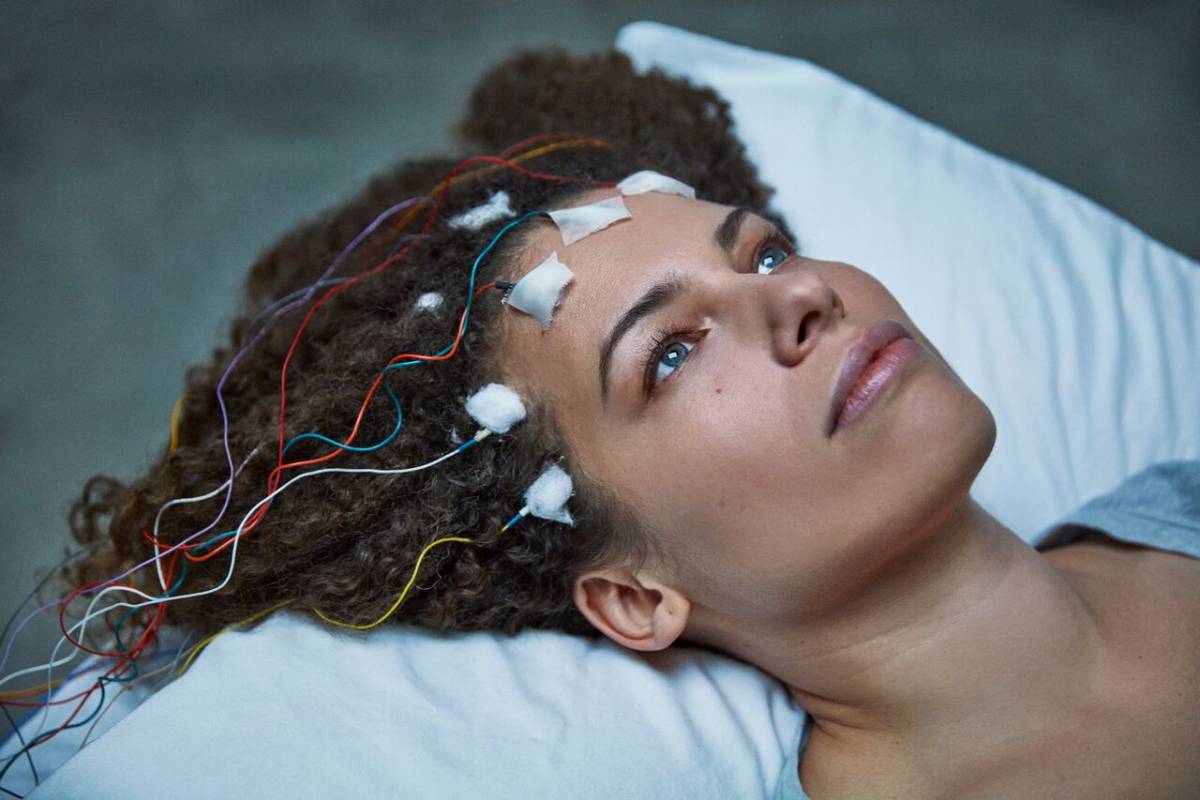 Directed by Jennifer Brea, the film was shot over four years through Skype interviews, self-shot footage on her phone, and through hired film crews that could be her eyes on the ground when she was bedridden 24/7.

A student at Harvard at the time, Brea was only 28 when she fell victim to a fever and doctors couldn’t explain what was wrong with her. Naturally, she begins to document her story through video diaries which would soon become Unrest. Eventually, she discovers other people suffering from ME/CFS and decides to interview them and film their stories. She doesn’t want to spend the rest of her life in bed as many diagnosed usually do as those diagnosed are sensitive to light and sound can be excruciating at times.

It was heartbreaking to look at the Denton family of McDonough, Georgia. We meet Leeray Denton and her daughter, Casie Jackson. To see both a mother and daughter suffering from CFS just breaks my heart. Casie has a daughter and worries that the disease will be passed on to her.  When Leeray got sick in the 1980s and doctors couldn’t figure out what was wrong, her husband, Randy, found himself being overwhelmed by the thought of being a single parent so he his wife and children. Ten years later, Casie was diagnosed with the same disease after she gave birth. Randy, realizing he was in the wrong, decides to fight for his family.

In many ways, I felt bad for Jennifer’s husband, Omar Wasow. He can’t go on Facebook without seeing their friends having children. He could have had a career but he’s so busy taking care of his wife. At times, the struggle to maintain their relationship is very real.

“It’s my hope that in sharing this world and these people that I have come to profoundly love, that we can build a movement to transform the lives of patients with ME; accelerate the search for a cure; and bring a greater level of compassion, awareness, and empathy to millions upon millions of patients and their loved ones wrestling chronic illness or invisible disabilities,” Brea says of the documentary.

Unrest is a powerful documentary that should be considered mandatory viewing seeing how how many people are without any knowledge of CFS or personally knowing someone who was suffering from the cognitive disease. There’s an estimated 1 million people suffering in the United States, double the amount of people living with MS. Around the world, the estimated numbers are 15-30 million and 80-90% of the cases are usually undiagnosed. Around 85% of those diagnosed with the disease are female.

Here’s where CFS differs from MS: Public research funding for MS is just north of $100 million while funding for CFS research is an estimated $6 million.  This is despite more people living with CFS in the US than MS. As there is no push for a cure, there aren’t any drugs to deal with the pain, and no treatment options have been approved by the FDA. A countless number of people with CFS have killed themselves because of not wanting to live with their conditions. Unrest could prove vital to progress through the increase awareness of CFS.

Unrest premiered at the 2017 Sundance Film Festival where it won the U.S Documentary Special Jury Award for Editing and the film was also selected for the 2017 SXSW Film Festival.

Shella Films & Little by Little Films will launch Unrest at the IFC Center in New York on September 22, 2017.  For other cities, please check here for local listings. For those unable to catch a screening, PBS announced that the documentary will air as a part of its Independent Lens series on Monday, January 8, 10:00-11:30 p.m. ET.