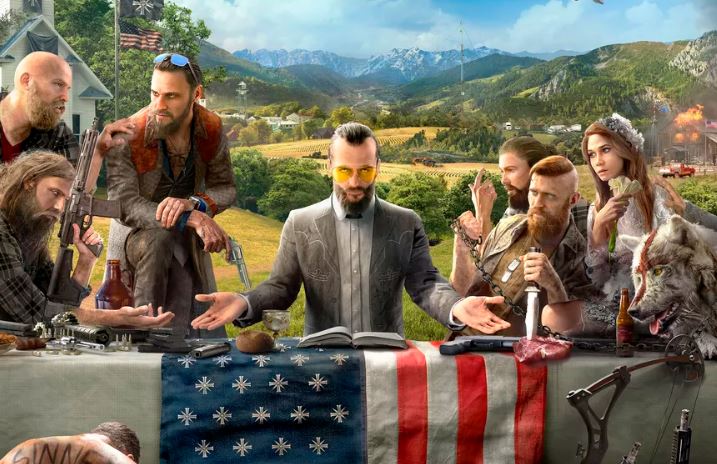 Ubisoft’s press conference is just around the corner. Here’s a taste of the projects the publisher may show off this year.

Thanks to yet more leaks, one being the alleged cover of the next issue of Game Informer, most of the details surrounding Assassin’s Creed Origins are now known. According to the cover leak, Origins will see an October release and will be optimised for Project Scorpio; these details are as yet unconfirmed by Ubisoft.

This information joins the laundry list of other leaked details, which include a revamped combat system, an RPG-like levelling system with different player classes, rideable camels and, best of all (in my opinion), the omission of the ‘sprint’ button. Swimming is apparently going to reappear too, so there’s also the possibility of the return of sections similar to the diving bell missions from Black Flag.

All the leaks should be taken with at least a pinch of salt until the press conference, but at this point it seems highly likely Origins is on its way, and I for one am looking forward to the cinematic trailer which will be epic and true to form.

Far Cry 5 was officially announced a few weeks ago with a slew of artwork, teaser trailers and a release date of February 27th 2018. Considering a demo of Far Cry 5 will be playable on the show floor, gameplay will probably be focused upon, in particular new features, such as the two-player co-op. Artwork suggests players will also be able to get their hands on several fixed-wing aircraft, such as what looks to be a World War II bomber.

Also, and most importantly, dogs are in the game. The burning question that absolutely needs answering is this: can we pet them?

Those are the two biggest releases for this year, but there are plenty of other projects we can expect to hear a peep or two about. After having been delayed by a whole year, South Park: The Fractured But Whole now has a firm release date for mid-October. This means Ubisoft will likely delve into more detail about the game’s story and show off some of its gameplay.

We can also look forward to potentially seeing snippets of the alleged crossover with Mario, entitled Mario & Rabbids Kingdom Battle. Launching on the Switch, the game is apparently heavily exploration-focused with turn-based multiplayer gameplay. With such an intriguing premise and the possibilities offered by the Switch’s controls, this would be a prime hotspot if it were to have a gameplay demo on the show floor, but I’m hoping for a teaser during the conference.

This isn’t necessarily it for the publisher, because as with anything, there’s always the possibility of an announcement coming completely out of left field. Allegedly, Ubisoft have content for three of its established franchises to release – two of which could very well be Assassin’s Creed and Far Cry – but there has been nothing additional about this tidbit.

The Ubisoft E3 press conference will take place tomorrow, Monday 12th June, at 13:00 PST (21:00 BST for those in the UK) and will be streamed live on Twitch.