Top 10 Television Shows to Cheer You Up 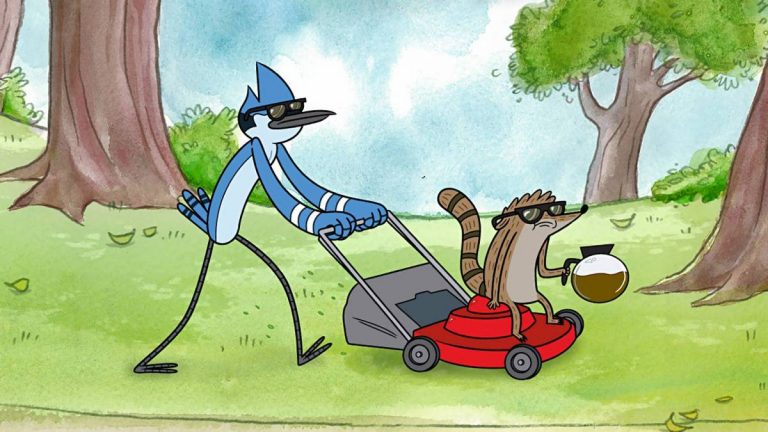 What is happiness? I feel like I should know the answer to this question. I feel like we should all know the answer to this question. Happiness seems to now only be acquired when you’re dependent on someone or something. For example, those who smoke cannabis on a daily basis might only feel happy or relaxed once they’ve smoked. Or a cute couple might feel happy once they’re together or while they’re fucking.

But for me, I’m one who likes to run away from my problems through self isolation and binge watching TV shows, which probably isn’t healthy, but oh well. So join me on my empty bandwagon, you stoners and sex addicts.

10. Modern Family
Modern Family is set out as a mockumentary and one of those shows that never fails to make me smile like a twat. However, it did make me cry once because I was so desperate to have a dad like Phil Dunphy. Anyway, enough with the daddy issues, it’s based on a family, built on a network of three, what some might call “controversial”, families. You have the gays with an adopted Asian child, and then you have your “average” family, the Dunphys, and finally the head of the family, sixty-something year old Jay Pritchett, who’s married to a very attractive thirty-something year old Colombian. Make what you will of that.

9. The Goldbergs
An American sitcom set in a completely different era: the eighties. I kind of miss it, even though I didn’t even exist. It’s one of those shows that made me feel nostalgic about a time I wasn’t even in, but in all fairness, stepping into my grandparent’s house is like stepping into the 80’s – it doesn’t even have WiFi. It’s that stereotypical family, a deceiving daughter, wannabe rapper middle child and the youngest one who gets endless “snuggies” and attention; all trying to grow up in a house with an overly attentive potty-mouthed mother and a trouserless/pantless father.

8. New Girl
The fact that Zooey Deschanel manages to portray such a disaster perfectly really does make me feel better about myself. I know it sounds terrible but it’s true. She manages to mess up everything in a comedic, cute girl way with those big, bright, blue eyes; it makes her life catastrophes seem way funnier than ours as it’s handled in such a lighthearted way and when coming to solve it, it’s facilitated by alcohol. Maybe we should all be like this.

7. Misfits
After watching this, wanking in a coffin and fucking a turtle seemed normal. That’s all I can say on this one, oh and that they all have super powers.

6. The Mindy Project
Kind of like New Girl, but instead of a white girl, she’s brown. Some even say Mindy Lhairi is “batshit crazy”. But in a cute Indian way obviously, and she’s not one to discriminate, she goes for all types of guys, from escorts to cheating coke heads. Her failed relationships will make you feel better about yours, trust me on this.

5. Unbreakable Kimmy Schmidt
Who would have thought females found trapped in a bunker would have made such an entertaining show? When I got told about the plot I thought someone was pulling my pickle, but no. The only thing that happened to my pickle was a tickling. This show makes you truly grateful that you weren’t trapped in an underground bunker by some “Christian” guy. Unbreakable Kimmy Schmidt has everything you need, an overly fabulous dramatic black gay, the crazy old-lady neighbour, cute guys, a bitchy teen with a weird name and obviously an overly happy and optimistic ginger.

4. Impractical Jokers
Nothing better than a bunch of American guys harassing the public all in the name of prank. They give you hope, that even after high school and losing all your hair, you can still get up to crazy shit. Make most of your life and all, so go call up your mother and tell her she’s a bitch, so you can prove to some random lady that you’re a worse child than your mate.

3. Regular Show
Although this is a show specifically targeted at children, it’s pretty messed up. The creator based it on two stoner friends and turned those two stoner friends into a bird and raccoon with a gumball machine as their boss, making it a “suitable” children’s cartoon.  An example of the crazy shit that happens is like the time a bunch of rich country club people were taking things, like a golf cart, and turning it into a toilet.

2. Suits
Louis Litt is my spirit animal. I love that man with all my heart. Suits has to be one of the sassiest shows around and it creates amazingly high expectations for those wanting to study law/ It has those humorous moments and then moments where you want to cry, which I did.  In all honesty, rather than cheering me up, it made me envious because I wasn’t as smart as Mike Ross (the main guy).

1. The Inbetweeners
An almost perfect representation of the sex hungry guys lurking around here and there, but their lack of actual sexual knowledge is what makes it so hilarious, along with the entertaining stupidity that follows it. If you want to update your swear dictionary, give this a watch.

So next time you’re feeling down, give one of these shows a watch! Today is not the day you’re going to feel sorry for yourself. Indulge someone else’s life and laugh at their problems instead. If you have any suggestions about other shows that make you happy, let us know and comment below you, hopefully no longer, sad people!