Color and Pain in The Sharp End of the Rainbow

Madeleine Swann's newest collection is a kaleidoscope of colorful and depressing stories. 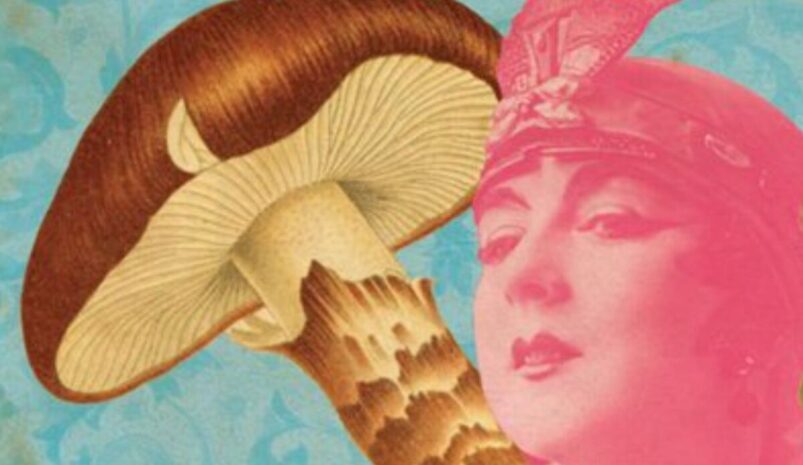 The Sharp End of the Rainbow

Madeleine Swann’s newest collection has an evocative title. It brings to mind the idea of a mysterious and dangerous place where one finds horrible things instead of gold. It fits the collection well. Throughout the stories, colorful and surreal imagery fills stories of alienation, depression, disappointment, and self-destruction.

In the first story, “Typhoid Ananya,” an immigrant woman in Britain is accused of being the center of a strange disease. It causes her to constantly leak a green, oil like substance. Others who become infected by it, die covered in the green substance. Despite the hate receives, she maintains a blog of her life and compulsively reads the hate comments left by others. Even when she has the chance to be given treatment and a new identity, she refuses. She’s found herself so defined by being a vector of disease, that she can no longer think of herself as anything else.

“Teeth Out for Pewdiepie,” is another tale of identity dissolved by mass hysteria and the internet. Though in this case, due to parasocial relationships. YouTubers, Twitch streamers, and other internet celebrities have literal cults. A young man, in order to join a cult dedicated to Pewdiepie, agrees to have all his teeth removed one by one, risking bleeding out through his gums. It’s a brief but funny story of the ways people dedicate themselves to internet figures who do little more than provide entertainment.

Several of the stories are about the disintegration of relationships told through an absurdist lens. “An Unexpected Reunion” is about a woman experiencing a severe pain in her abdomen, only to discover the source of it is a tiny version of her ex-boyfriend literally eating her from the inside. She later learns he’s not the only one from her past chewing on her innards. It makes the trauma of lost intimacy and friendships into literal beings gnawing on her insides.

In the similarly themed “How We Met,” a sick woman goes to the hospital with her mother and boyfriend. The doctor requests she recall how she met her boyfriend to get to the root of her mysterious sickness, and she discovers he’s not as he seems to her. She had met him while in the depths of depression, and ended up blocking out any negative perception of him. Despite the fact it may even be killing her, she insists on hanging on, for fear of being alone in her depression again.

In “Invite Ghosts and Earn Pounds,” a man answers an ad to let ghosts live in his house to earn money. Between the ghosts, the tourists and the ghost hunters barging in, and the man breaking his promise to work on his novel, it quickly dissolves his relationship with his girlfriend. His attempts to liberate himself from a normal day job ends up eroding his privacy, his creativity, and, eventually, his relationship, the entire reason he was willing to let the ghosts into his house in the first place.

In some of these stories, the inability to maintain healthy relationships is intervened with by higher forces. In “The Last Chance Dinner Party,” a socially anxious woman is brought to a dinner party where her conversation and actions are recorded by watchers. It turns out to be a cosmic test that she’ll fail if she makes things awkward. It captures a feeling that many who don’t feel comfortable in their own skin have; that they are constantly in the judgment of others and the universe itself, and failure will result in dire consequences. In “The G That Never Rubs Off,” a woman is forced to go to a social worker to explain why a friendship fell apart. If it’s proven to be her fault, she’ll be branded with a “G” on her forehead to tell everyone what a bad friend she is. The conversation she has with the social worker is likely the same many have had with themselves when things go wrong. Was it my fault? Am I the bad guy? Do I deserve to be cast aside?

There are also more traditional horror stories in the collection such as “Suckle His Poison.” A solicitor returns home to find his wife missing. He finds a letter left by her, where she recalls becoming more interested in the seedier side of life. This eventually led her to a shop claiming to offer a better high than opium. The story is full of creepy imagery and suspense and shows Swann’s range of talent as a writer.

The flash fiction pieces in the collection often leave the reader with a sense of melancholy despite being pretty goofy. In “Mr. Jollyfoot,” a woman finds herself annoyed when she’s required to keep a magical creature that has lived with her in her home since childhood and is encouraged to go on mystical quests. The nagging sense of lost innocence remains with her. “Trump Moon” has Donald and Melania Trump moving in next to a suburban couple. Donald immediately challenges his neighbor into trying to reach the moon using nothing but cheese. One could view this as a political satire, and there are aspects of that, but it seems to be more generally about wasting energy and attention on those who offer nothing in return. In “Brain Painter,” a woman visits a painter who covers her brain with colors to prevent nightmares. It’s clear this is only a temporary solution, but she either is incapable of finding a more permanent solution to the problems her brain gives her, if she’s even aware of them.

The Sharp End of the Rainbow is a solid collection of bizarro tales. Swann creates vivid surreal images in her stories and uses them to examine her characters’ relationships and neuroses. I’ve read some of her prior books, and I’d say this is certainly the best of hers so far.