The New Romantic relies too much on rom-com clichés, even when it's trying to subvert them. 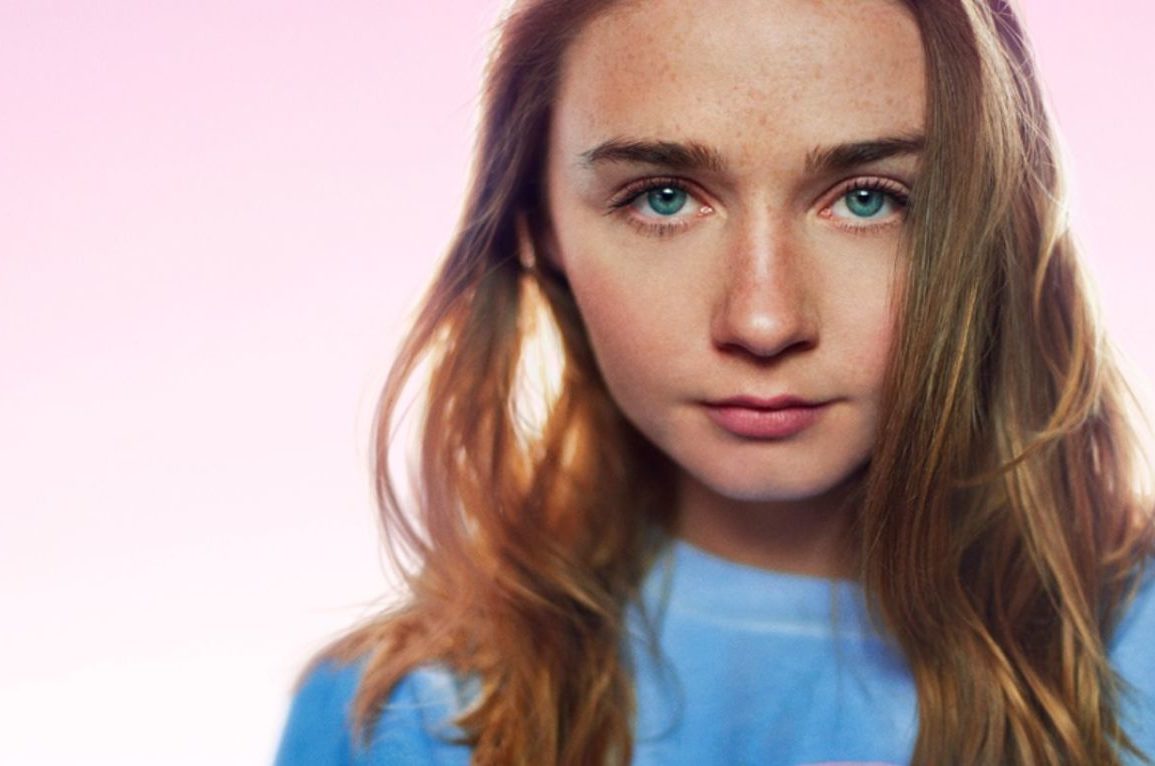 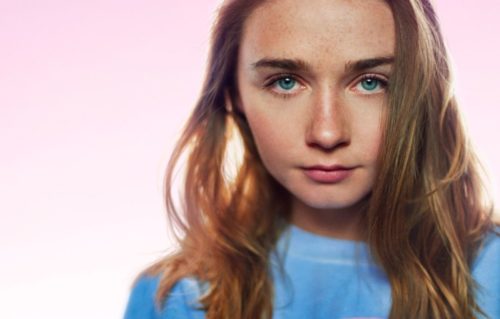 The fundamental flaw of Carly Stone’s directorial debut, The New Romantic, is that it’s quick to jump to conclusions about 21st century dating without showing much proof. Blake, a college senior and sex columnist for the school paper, proclaims at the beginning of the film that if Harry met Sally today, they would be nothing but sex partners. She makes this statement after a Tinder date that failed to blossom into love at first sight, completely overlooking the fact that both Harry and Sally were very sexually active (with other people), and that it took them twelve years of maturity before they realized how they made each other feel. This kind of oversimplification reoccurs throughout the screenplay, pitting Blake’s search for human connection against a world of men who just want the sex.

Since her “Romance Is Dead” article features no raunchy sexual encounters, Blake is removed from her position at the school paper to that of a concert reviewer. During one new assignment, she meets Morgan (Camila Mendes) who reveals herself to be involved in a “sugar baby” relationship. This relationship blows Blake’s mind, and at the encouragement of both Morgan and Blake’s bestie Nikki (Hayley Law), she enters into a similar relationship with wealthy college professor Ian (Timm Sharp). Furthermore, Blake decides to write an article chronicling her encounters with Ian in hopes of winning back her position at the magazine.

Almost immediately, Blake begins to reap the benefits of having a sugar daddy. She attends lavish parties, wears expensive dresses including a diamond bracelet, pays down her college debt, and sports a brand new moped. In exchange for these gifts, Ian gets to have sex with her and keep her as a companion at arm’s length (she can’t show up unannounced and they must plan their time together in advance). The New Romantic goes to great lengths to show that this agreement is not a form of prostitution, even so far as showing a YouTube video that explains prostitution as nothing more than a one-time sales transaction. However, Blake soon starts to question whether she can stay in a relationship that gives her material and physical satisfaction but leaves her emotionally vacant.

Stone’s script makes several references to 90s romance movies, particularly the ones made by Nora Ephron (Blake’s favourite writer). When the film isn’t paying homage to such films, it comments on them. Several scenes are edited to Blake’s voice-over describing how such a scene would play out in a typical rom-com. These are the more inspired moments of the film, and it’s a shame that they are few and far between. If The New Romantic has anything going for it, it’s that it points out that movie romances like Sleepless in Seattle and When Harry Met Sally are nothing more than fantasies. It just forgets to explore what makes real life romance different.

There are too many opportunities for the story to incorporate the real-life factors that have an affect on our ability to build meaningful connections with other people. Instead, The New Romantic ends up following the same generic formula it initially set out to subvert. How has online dating – a platform built on users creating the most hype image of themselves to get a right swipe – changed the expectations people have for a first date? Can two or more people enter into a relationship where romantic love is not the primary intent and still be happy? What is it about the “fantasy” aspects of movie romances that make so many of us long for similar encounters? Are Blake’s expectations for romance unrealistic in today’s social media driven society? The New Romantic doesn’t explore or even address these questions. Blake’s reasons for entering into a relationship with Ian are also underwhelming and not given enough development. Is she doing it solely for the article, or does she actually think Ian can make her happy? There’s hardly any revelation as to what drives Blake to act the way she does. Therefore, it renders her search for romance meaningless.

As the end credits roll, The New Romantic feels ultimately unsatisfying. It tries to explore unconventional relationships using the most conventional of tropes. It fails to develop its themes, romances, or characters beyond the superficially obvious things that you would expect from any run of the mill rom-com. Here where films like Before Midnight and Chasing Amy, or TV shows like Friends and Sex and the City, found unique ways to depict the difficulties of finding true love, The New Romantic ends up feeling muted and unconvincing. 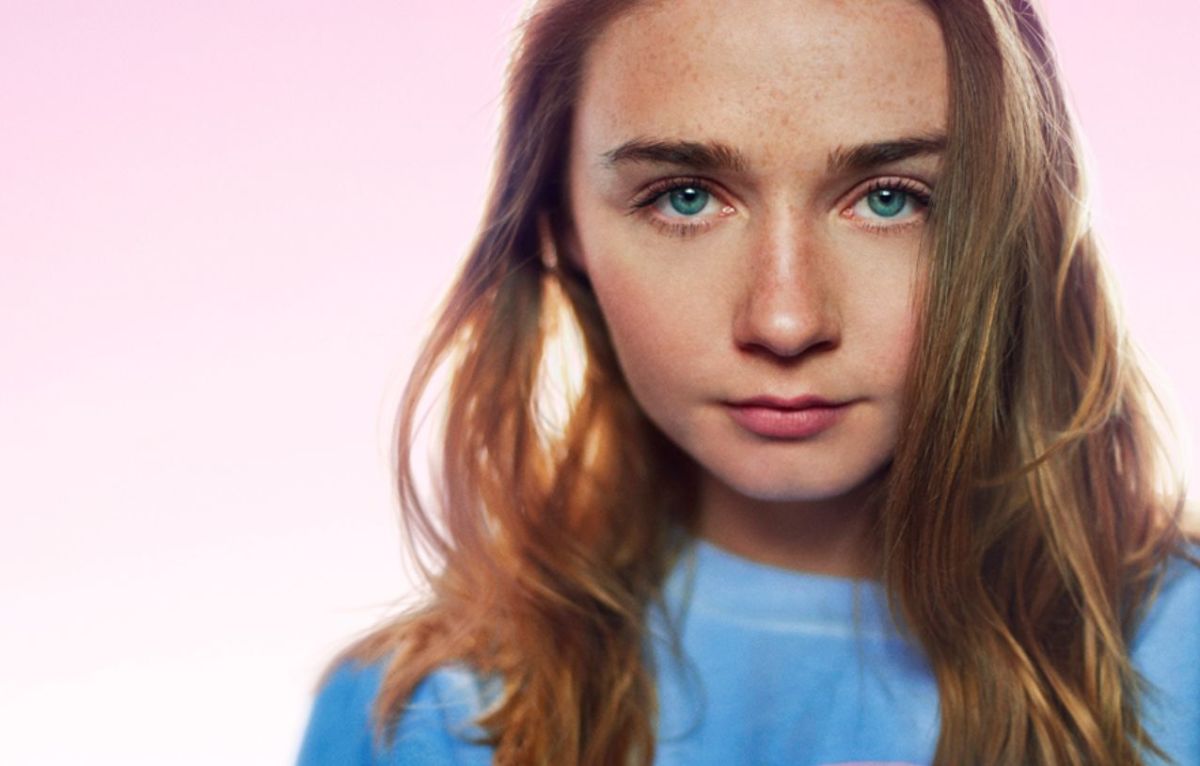 Verdict
The New Romantic relies too much on rom-com clichés, even when it's trying to subvert them. It’s not a bad movie. It’s just confused and oversimplified, failing to provide any unique insight into the complexities of contemporary romance.
5
Cultured Vultures is a pop culture website established in 2013 covering all things gaming, movies, and more. We eat your words.
All The News On The Biggest Games