Home
Movies
The Monkey And The Artisan: The Importance of King Kong As Art
Movies
·5 min read

The Monkey And The Artisan: The Importance of King Kong As Art

It's hard to quantify just how important and influential 1933's King Kong has been. 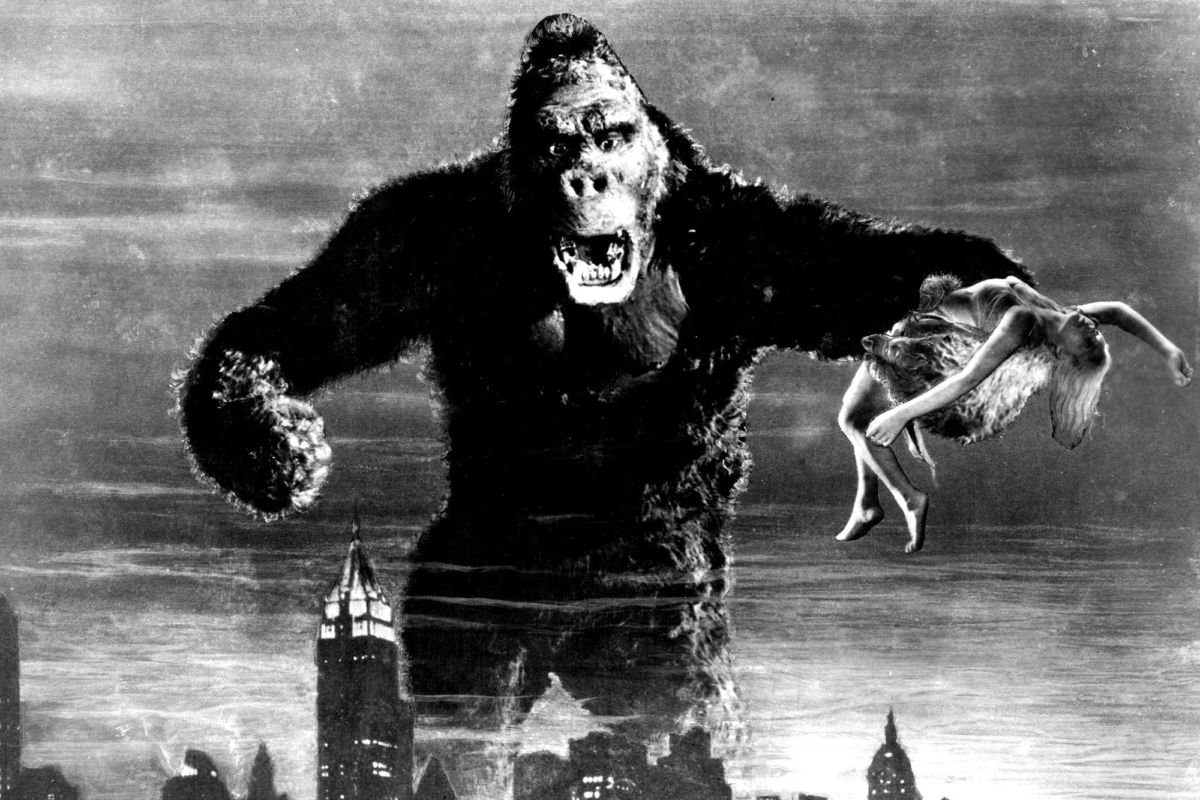 Lately, I’ve been reading Ray Morton’s From Fay Wray to Peter Jackson. One entry on King Kong as “pure cinema” stuck out at me and I started thinking about what else I’ve read on film theory in academia. I realized Kong, renowned as it is for its spectacle and pop cultural significance, contributed a lot to cinematic art at a crucial time of transition in movie history, beyond simple spectacle. Morton writes:

“I think that Kong’s grip can best be explained by the fact that it is a breathtaking work of pure cinema — a stellar example of the twentieth century’s most powerful art form…It is only through the cinema’s unique and alchemic mixture of image, movement, and sound that Merian C. Cooper’s strange and fantastic tale can come roaring to life and fulfill its incredible potential to amaze, to terrify, and, ultimately, to move…King Kong is a supreme example of the power and the magic of the movies.” (85-6)

In terms of “pure cinema,” we have to establish an idea of what pure cinema is in relation to Kong. From a technical standpoint, pure cinema is the artful symmetry of combined images and sounds. Going by Morton’s words, we have to think of it as anything that moves its audience and sticks with them, to the point of achieving immortality in the eyes of the spectator, and principally in pop culture.

Certain other schools of thought figure prevalently in my mind, chief among them are film as art and a sense of auteur theory. Now, the goal here isn’t to vindicate film as art — for all intents and purposes, it is. What’s more, what makes film art can be fairly subjective.

In the beginning, the debate was very polarizing. Some film writers at the end of the 1920s, including Rudolf Arnheim, thought sound spelled the death knell for cinema as an art form. Theorists of the time thought gradual inducements of realism — sound and color and on and on — would kill the artistic aspect of the medium. From a historical perspective, as well as in hindsight, they were wrong. For one, things that made the silent form great didn’t die or even obsolesce; venerated Russian directors like Sergei Eisenstein — godfather of the Soviet Montage form of filmmaking — saw sound’s potential, albeit through a very myopic prism, even writing and signing a treatise on diegetic versus non-diegetic sound.

Second, the technique of dubbed-in sound was put to great use for many generations without trampling the style of certain movements — Montage among them. It helped the Italian Neorealist movement revolutionize cinema internationally in the post-War period. In his own time, Arnheim and others like him could have recognized a film like Applause (1929) for its attempt to bridge the gap between sound and silent film — being shot silent with Montage-esque close-ups, optical effects, music and dance numbers, while dubbing in the dialogue. Working just as virtuosically to that effect was Carl Dreyer with Vampyr (1932), which was veritably a silent film. Sound was used sparsely in Vampyr to build suspense; and finer plot points were filled in with title cards, of a sort (they often resembled something more like subtitles). Silent film didn’t go away, it merely began to adapt.

I’ll vindicate King Kong similarly, drawing from Morton’s words. Kong did not conform to any sort of expectation that sound films would be too real or bland and static — no different from theatre. For 100 minutes we are taken on a journey to a prehistoric, mythological place fraught with adventure and danger. Sound is used artfully and inventively: the way Kong and the dinosaurs roar, the way the natives chant, and the way Fay Wray and the film’s other sojourners scream are juxtaposed in such a way where they clash (collide, as Eisenstein would put it). This is a world that cannot be found on a stage, or anywhere on Earth, with noises coming together in a way you’re not likely to encounter in the everyday.

Willis O’Brien’s miniatures are masterful craftsman’s pieces, works of art in their own right. His unique way of bringing them to life, with mood, expression, and intensity, evokes the essences of creatures extinct and unreal that Cooper captured on film. This is about as far away from realism as you can get. Andre Bazin understood capturing the essence of a subject, and realism versus reality in a way — knowing fully what sound was capable of, and feeling realism that is a complete rendering of reality is not art.

Being a champion of auteur theory, Bazin also believed in the hand the director had in seeing everything through. However, he was always more concerned with John Ford and William Wyler than Merian C. Cooper. That can be understood for a few reasons: 1. Cooper shared directing credit with Ernest Schoedsack. Auteurs tend to be solitary people, from Hitchcock to Kurosawa, even though they always had the help of capable writers and composers (as in the case of Hitchcock with Herrmann). 2. King Kong is virtually the only film Cooper is known for. Despite the fact that auteurs – as many contend – basically make the same film over and over, the corpus of one is generally extensive; most have made more than one film. Finally, 3. though Cooper left his own indelible impression on the film (directing and playing the pilot who shoots Kong dead at the end), he is not the only artisan who left his fingerprints on the film. The concept and story may belong to Cooper in the end, but it was Willis O’Brien who brought the creatures to life and imbued them with a sense of life and emotion. O’Brien is more responsible for the image of Kong that became a timeless global sensation.

We always think of Kong as a mere pop icon when much of what we love about films today — no matter what aspect, art or entertainment, or from what perspective you examine it from — can be credited to the Eighth Wonder of the World. If it weren’t for him, RKO would not have had the money to weather the Depression, or fund the Astaire-Rogers franchise, or more importantly the capital to blow on Orson Welles’s ambitious projects: Citizen Kane and Magnificent Ambersons. What are regarded as classics today and seen as instances of pure filmmaking were flops in their own time (unlike Kong). The studio teetered on the brink once more until Val Lewton was brought in, and a new market strategy was devised. Kong, however obliquely, is responsible for the kind of cinema that stretched the boundaries of sound’s capability and that made Bazin relish going to the movies – showing cinema as an art was not dead.

King Kong can surely be considered artisanal, and influential. It is more than just another droll big-ape film; in fact, it is the “big-ape film.” That subgenre exists because of Kong. Rip-offs exist because they cash in on formulae that work. The original Kong is treated reverently by Ray Morton and Peter Jackson, like sacred scripture. That reverence is reflected in the popular view because the film is now enshrined at the Library of Congress. Sure, so is Night of the Living Dead but so too is Citizen Kane – and don’t forget that this achievement can’t be said of most horror films. Recognition by the LOC should only serve as an affirmation of each film, regardless of genre, as cultural milestones — and “pure cinema.”