The Misfit Soldier: War Never Changes, Even in Space

Michael Mammay's newest military sci-fi thriller may not break any new ground, but it's a fun read. 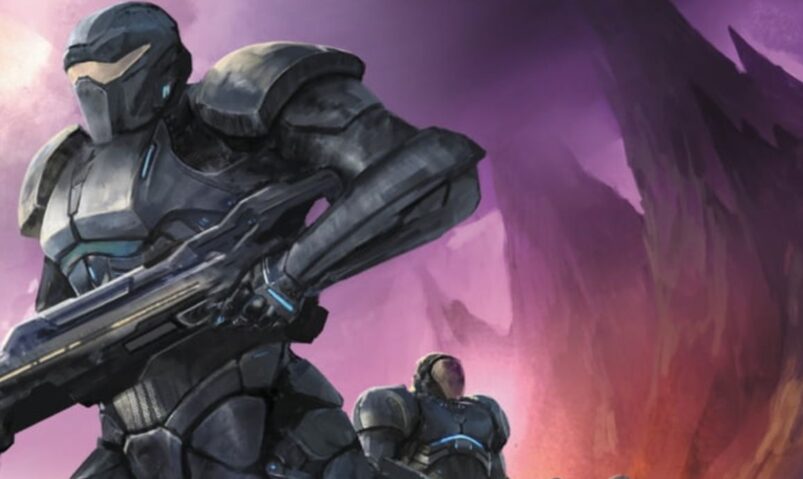 Sergeant Gastovsky, known to everyone as Gas, finds that one of his soldiers has been left behind on a nearby planet. His superiors won’t approve a rescue mission due to the risk. When a harebrained scheme to sneak aboard a supply ship and conduct the rescue himself blows up in his face, he hatches another to smuggle a crew of other soldiers down to the planet. Gas, however, has other motivations for wanting to rescue the man left behind so much.

I should say that I went into this book largely as an outsider to its genre. I haven’t read a lot of military science fiction. I’ve read two of the most well-known entries in the genre, Starship Troopers by Robert Heinlein and The Forever War by Joe Haldeman. They exposed me to some of the popular tropes, like soldiers wearing mech suits, wars with alien creatures, and contemplations on the nature of war. But they gave me the impression that the genre is either straight up fascist propaganda, or it’s strongly anti-war and very cynical about the military as an institution.

The Misfit Soldier, while leaning more towards a cynical view of war, isn’t really either. The war that Gas fights in is against other humans, though the reason and the politics behind it are only somewhat touched upon. A lack of world-building isn’t something that usually bothers me, especially in a book like this which is told in first person by someone who wouldn’t have the information, but it stood out here. There’s a peak at a wide-ranging conspiracy behind the war Gas and the other soldiers are fighting in, but it’s never elaborated on. There also aren’t any weapons or technology that read as unique to this book. It all feels stock with its robots, mech suits, and prosthetic limbs. It’s clear Mammay wanted to focus on a fast-paced, action filled plot, much like the sci-fi pulps of old, but even those usually had something unique and imaginative for the time in them.

When Gas and his crew reach the planet, there are some descriptions of it, such as mentioning everything has a purple tint due gasses in the atmosphere, but for the most part there isn’t anything that makes it feel particularly alien. There’s also only a brief mention of alien species, but no real appearance of them. People live on the planet as civilians no different from Earth and, besides the robots and mech suits, the city the crew encounters reads like it could be in the present day.

For the first half of the book, I found it to be rote and not particularly interesting. It consisted of Gas getting the crew together and establishing each of their roles. The banter between them has its moments, but the characters come across as fairly stock. You have the tech person, the rookie, the hard-ass veteran, and so forth.

Halfway through the book, however, the twists begin coming and the story becomes far more interesting. It goes more into Gas’s history, his reasons for wanting the mission, and he learns some of the background about why the war is happening and why it’s been going on for so long. Along with some well-written action scenes, the intrigue pulled me back into the book.

I still have some complaints, like how the war-profiteering that Gas discovers is simplistic in its description. It seemed as if there was more that could have been explored about the forces behind the scenes pulling the strings. However, the latter part of the plot focuses more on Gas’s attempt to smuggle out the information he’s discovered and his romance with one of his colleagues. The novel reads, to me, like a Hollywood sci-fi action movie.

Despite the fact it doesn’t break any new ground, The Misfit Soldier does make for a fun read. Whilst it doesn’t explore many interesting angles that it had an opportunity to, like creating interesting alien worlds or going into the politics of the seemingly endless war its characters fight in, it does have enough humor, intrigue, and romance to keep things interesting. A sci-fi fan who wants a quick, fun read will certainly enjoy this.